A blessed Memorial Day Monday to all of you, my dear Kruiser Morning Briefing friends. I’m opening new doors with red onion lately.

We don’t take holidays off here at the Morning Briefing but we do briefer Briefings on days like this.

I think we’re all aware that far too many Americans have lost the thread of what Memorial Day is really about. In my most recent “Worst Week Ever” column for our VIP subscribers I pondered whether most younger people here ever even knew.

It’s the adults’ fault if the children aren’t properly educated about something as important as what has been sacrificed for our freedom.

Adults who are clueless or tone deaf about Memorial Day have no excuses.

Especially when they’re the two most powerful people in the country.

Matt wrote about our national embarrassments and their clueless Memorial Day weekend kickoff sentiments. Here they are for those who may have missed them:

As Robert Spencer wrote, this is just who the Democrats are.

Florida Governor Ron DeSantis gets it, of course:

No better way to start Memorial Day Weekend than a Salute to America’s Heroes who made the ultimate sacrifice. pic.twitter.com/InvxHnwCpj

Because so many have mentally checked out when it comes to Memorial Day, it’s incumbent upon those of us who haven’t to redouble our efforts to remind people. And to spend some extra quiet time ourselves reflecting on the unfathomable price so many great patriots have paid for us to be able to enjoy freedom. We have the luxury of being frivolous because they weren’t.

Be safe today my friends, and let us never forget what Memorial Day memorializes. 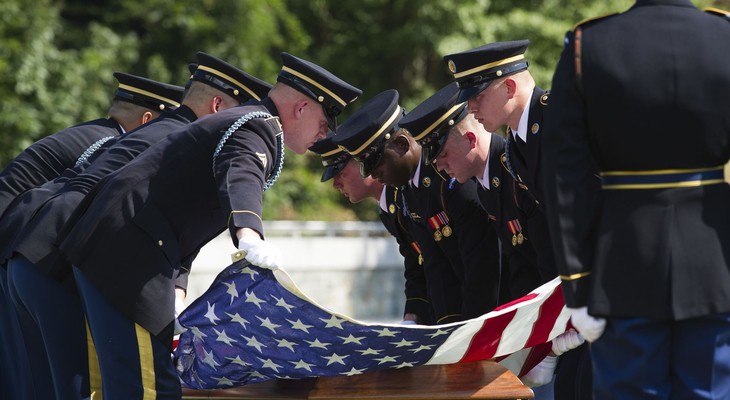 Eternal rest grant unto them, O Lord,
and let perpetual light shine upon them.
May the souls of all the faithful departed,
through the mercy of God, rest in peace.
~Amen~

Judge Gave Drug Dealer a Second Chance. 16 Years Later, He Swore Him In As a Lawyer 🧑‍⚖️

The difference between finding justice and following the letter of the law sometimes takes a simple act of compassion…https://t.co/tIlBvK1uiJ

Crenshaw, Cotton Fight Back Against Threat of Woke in Military

This Weekend We Remember: The Left Is Evil

Moms Learn Lengths to Which a School Board Will Go to Silence Complaints About CRT and Masks. You’ll Want to Sit Down for This …

Not creepy at all. Biden’s EEOC Says Your Employer Can Force You to Get Vaccinated

Postal Service Has Big Plans to Get Even Worse

We Have Technology, But Do We Have the Wisdom to Handle It?

Obama Did Better: U.S. Economic Growth Will Average 2 Percent or Less For Rest of Decade

Is Jen Psaki Really This Clueless on Gas Prices?

Meet the Future: Drone Hunts Down a Human Without Being Ordered To

Today is the Anniversary of the ‘Last Day of the World,’ the Fall of Constantinople

Thanks to the Biden Administration, We Actually Need a Law to Ensure Only American Flag is Flown at Embassies

Pete Buttigieg Claims $6 Trillion Amounts to ‘A Responsible Budget,’ All with a Straight Face

I want to win it. NYTimes Weighs In On Record Gun Sales: An “American Arms Race”

Illinois Lawsuit Seeks To Allow Those Under 21 To Carry Guns

WATCH: Jay Leno Exemplifies How All Americans Can Honor Those Who’ve Served This Memorial Day

Where have all the Uber drivers gone?

A $5 fee for wearing a face mask

Yeah…no. NY Times: Air travel is a big climate problem with no good solution (except to stop flying)

‘Salute to America’s Heroes’: Highlights from the Hyundai Air and Sea Show in Miami [photos, video]

‘May be true’: ABC’s Jon Karl just admitted out loud what you already knew about coverage of Trump and the coronavirus

The People Behind The Masks

My Journey Into the Twilight Zone

Did COVID Actually Originate in an Animal? This Expert Investigator Has Questions

Why Is Our Government in the Child Abuse Business?

Learn Winemaking While Living in Sonoma & Earning $10K per Month

The 10 Richest Authors of All Time

It’s just easier to get through the day if I assume that everyone else is a sociopath.

PJ Media senior columnist and associate editor Stephen Kruiser is a professional stand-up comic, writer, and recovering political activist who edits and writes PJ's Morning Briefing, aka The Greatest Political Newsletter in America. His latest book, Straight Outta Feelings, is a humorous exploration of how the 2016 election made him enjoy politics more than he ever had before. When not being a reclusive writer, Kruiser has had the honor of entertaining U.S. troops all over the world. Follow on: GETTR, MeWe, Gab, Parler,
Read more by Stephen Kruiser
Tags: CONSERVATISM MILITARY