The Morning Briefing: Who In the Heck Even Voted for Bill de Blasio?

After a couple of conversations with comedian friends of mine from New York this week I am more mystified than ever as to how Bill de Blasio got re-elected. One of my friends is conservative, the other liberal, and both hate de Blasio with a white-hot passion.

When Mayor Moron was first elected almost everyone I know who is well-versed in New York City politics was convinced that he would be a one-term wonder. As he went about dismantling twenty years of progress in the city it seemed almost certain that he would be shown the door, Apparently, everyone in New York was drunk in 2017, and de Blasio was given another shot at screwing everything up. 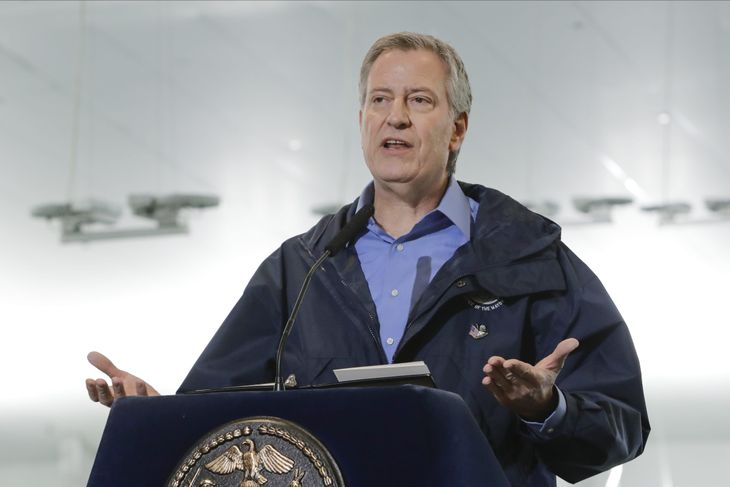 That, of course, proved to be rather fateful once coronavirus rolled into town. New York City was the ground-zero launching point for the spread of the virus. The one-two incompetence punch of Andrew Cuomo and Bill de Blasio unleashed the hell we have all been living through since March.

Pandemic de Blasio was was awful, riot de Blasio is even worse.

The “peaceful protests” in NYC have — to the surprise of no one — been worse than in other cities. De Blasio has been cluelessly wandering around acting as if nothing is wrong, despite plenty of readily available evidence to the contrary.

This week while things were on fire, de Blasio had cops targeting Jewish mothers and kids who were violating lockdown rules:

Jewish community leaders are condemning New York Mayor Bill de Blasio for a “blatant double standard.” He singled out the Jewish community in enforcing coronavirus restrictions, yet defended protesters who violated social distancing rules in order to protest the heinous police killing of George Floyd. In fact, videos showed police officers dispersing Jewish mothers and their children at a playground while a larger group of protesters gathered in violation of lockdown rules.

“The double standard is blatant and shocking,” Chaskel Bennett, co-founder of the Flatbush Jewish Community Coalition, told Haaretz. “For months, we have seen our community come under unrelenting scrutiny by ‘gotcha’ media coverage of Hasidic Jews not social distancing or wearing masks, while the overwhelming majority of religious Jews in New York City were doing all the right things.”

De Blasio has been fond of singling out the Jewish community all throughout the coronapocalypse and it’s been really uncomfortable to watch. It reeks of blatant anti-Semitism. If he were a Republican it would be all we heard about from the MSM.

Hizzoner’s shtick is wearing thin with the fine citizens of New York City. He had a very rough go of it while attending a memorial for George Floyd on Thursday:

New Yorkers were not too happy to see Mayor Bill de Blasio and first lady Chirlane McCray show up at a memorial service for George Floyd on Thursday. Arriving 20 minutes late, de Blasio and his wife were greeted with loud boos and a chant of “de Blasio, go home.”

When it was time for de Blasio to speak, Rev. Kevin McCall introduced the pair and said, “Let us welcome with respect the mayor of New York City, Mayor Bill de Blasio and first lady Chirlane McCray.”  Loud boos rose from the crowd. Rev. McCall took the microphone and shouted, “Again, again, again, we said respect.” He led the crowd in a chant of “Respect.” When de Blasio approached the podium, the booing began again.

Everything the guy touches turns to garbage, it seems. He’s been so bad at handling things during the riots that Gov. Andrew Cuomo was threatening to override him and send in the National Guard.

De Blasio has had a contentious relationship with NYPD almost from the moment he first assumed office. They don’t feel that he has their backs during this critical time because he’s never once done anything to make them feel that way. Heaven help us all if this unrest doesn’t let up any time soon.

Getting back to how he managed to get re-elected, Kurt Loder of MTV fame offered up this analysis during a discussion about the subject on Twitter earlier in the week:

He was reelected by his ilk, whose sorry asses throng the subbasements of metropolitan bureaucracy

Indelicate maybe, but it makes more sense than anything else I’ve heard. 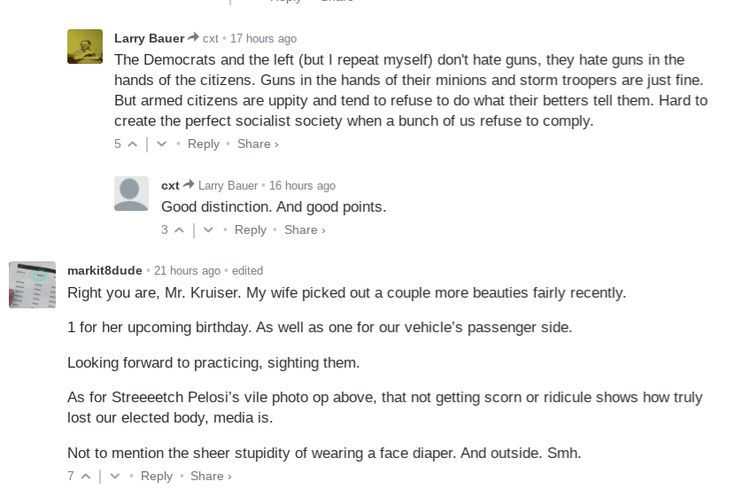 FLASHBACK: Barack Obama Was Blasted by Not One, but Three of His Former Secretaries of Defense

Coronavirus Gave America ‘a Small Foretaste’ of the Poverty and Tyranny of Socialism, Dinesh D’Souza Warns

Were Portland Police Officers Ordered to Kneel to Rioters?

In China, No Sign of a ‘Second Wave’ of Coronavirus Infections

Do Most Americans Really Support the Riots and Burning the Police Precinct? Newsweek Says Yes!

Leftists are weak. NY Times Has No Problem Publishing Op-Eds by Brutal Dictators, But Now Its Reporters are ‘in Danger’ Because a GOP Senator Wrote One?

Dwayne ‘The Rock’ Johnson Calls Out Trump: ‘Where Are You?’

Chinese Government Pushing All Lives Matter on Anniversary of Tiananmen

How Did We Stay Sane So Long?

America Has Become a Nation of Ellsworth Tooheys

Remember That Study Debunking HCQ? It Was Exposed As a Total Fraud

“Used To Be A Stand-Up Guy”: Biden About To Lose Police Support?

Flashback: With Biden Calling for Moral Leadership, Let’s Not Forget That He Pretty Much Endorsed China’s Brutal Policies

Poll: The Group of People Most Likely to Defend the George Floyd Riots Is Not Shocking

Where His Mouth Is: Kanye West Donates a Jaw-Dropping Fortune and Invests in George Floyd’s 6-Yr-Old Daughter

Thought to Have Been Lost in the Fire and Frenzy, a Treasure From America’s More Noble Past Returns Home

Social distancing is all b.s. Missouri: That Lake Of The Ozarks Party Didn’t Move The COVID-19 Needle After All

As I was saying. Progressives: When It Comes To Public Health, Social Justice Trumps Social Distancing

What Do The New Charges In The George Floyd Case Mean For The Future Of Prosecutions?

‘It’s Just Nice To Have A Break From The News,’ Says Woman Whose Hand Is Trapped In The Garbage Disposal: https://t.co/gaDz9xJtAD pic.twitter.com/rvwGZTdMdX

I’m out of beard oil. Now it’s a crisis.

PJ Media senior columnist and associate editor Stephen Kruiser is a professional stand-up comic, writer, and recovering political activist who edits and writes PJ's Morning Briefing, aka The Greatest Political Newsletter in America. His latest book, Straight Outta Feelings, is a humorous exploration of how the 2016 election made him enjoy politics more than he ever had before. When not being a reclusive writer, Kruiser has had the honor of entertaining U.S. troops all over the world. Follow on: GETTR, MeWe, Gab, Parler,
Read more by Stephen Kruiser
Tags: BILL DE BLASIO NEW YORK CITY NEW YORK PROTESTS RIOTS