The Morning Briefing: MSM Really Earning 'Enemy of the People' Status During Riots

The MSM Is the WORST

We all know that I am no fan of the mainstream media (MSM) and do tend to go after its heinously irresponsible members quite a lot. Let’s be honest here, kids: they deserve it.

As I have mentioned a few times, it was liberal bias in the  MSM that compelled me to write about politics in the first place. It had bothered me for many years and when it came time to launch a humble political blog to fill up the time between gigs, that was my primary focus, and remains so today. (Side note: I used to write a lot about school choice back then too. Maybe I should do a post or two about that in the near future.)

Regular readers of the Briefing are well aware of how much I have lamented the MSM’s performance during our coronapocalypse isolation fun. Every time I think that the faux journalists in the MSM have hit rock bottom in the Trump era, one of them finds another shovel and says, “Let’s keep digging!” 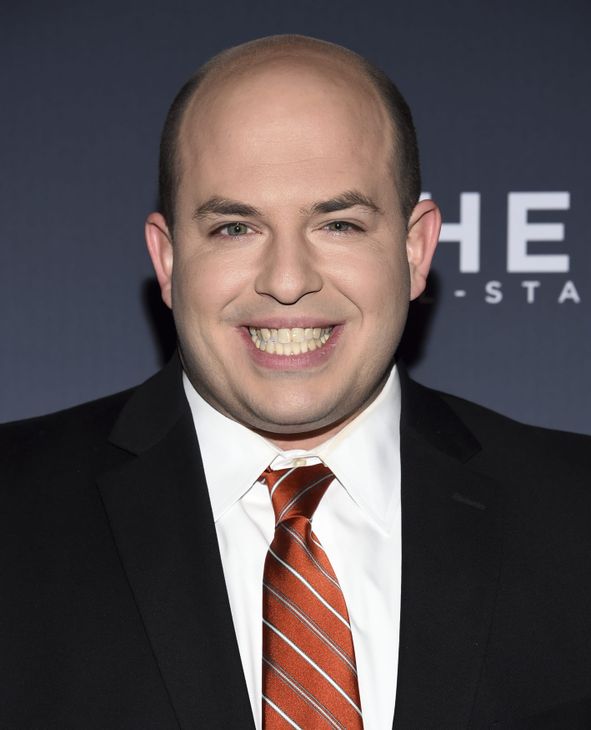 I usually use one of my colleagues’ posts as a jumping-off point for the beginning here each morning but today I’m going to engage in some shameless self-promotion and begin with my most recent column, which is titled “It’s Open Season on Police and MSM Is Still Whining About Trump Walking to a Church.”

In the midst of readily available news about the escalating violence against law enforcement, the MSM has kept a laser-like focus on a five minute walk the President Trump took Monday afternoon. It’s been rather offensive, to say the least.

That’s kinda what got me here today. There’s an ever-growing victim count for these riots that is being almost completely ignored in the MSM. Cops and civilians are being gunned down, beaten up, and plowed into by motor vehicles and the MSM hacks are practically spraining their necks looking the other way.

This breezed through one of my Twitter feeds last night and I thought it summed things up rather nicely:

I think it's past that point. The MSM are in open revolt against both the truth and the American people. The Dems are pushing for civil war.

This is extraordinary, and way beyond anything we've seen to date. https://t.co/Wqcn5I4VkA

“The MSM are in open revolt against both the truth and the American people.” Ladies and gentlemen, we have a winner.

When covering the coronavirus pandemic, the MSM coverage ranged from obfuscation to outright lying.

Since the riots started, they’ve just been lying. 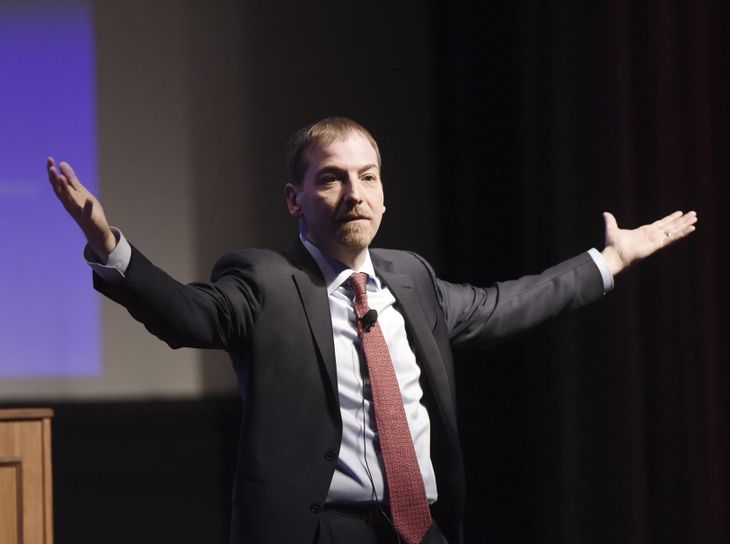 We have just spent two and a half months watching the MSM form a cheerleading squad for every Democratic shutdown governor in America. None of them cared that they were part of a false propaganda machine that aided and abetted the economic ruin of millions of Americans.

Now they’re gleefully egging on very violent people and completely disregarding the safety of the general public. Throw in the fact that their sole selling point for shutting down the economy was for the “safety” of the public and it’s all the more irritating. A couple of weeks later and they don’t care if the public gets its head smashed in by a brick because how else is anybody going to get woke, right?

Almost every member of the MSM truly believes that he or she is an anointed warrior in the battle to unseat President Trump. There is no journalistic integrity, only a mission to spin a narrative that is damaging to the president, like this:

"Our citizens are not the enemy."

The MSM propaganda machine has continued to use words like “peaceful” and “protesters” for the last several days to make any pushback seem excessive. The president hasn’t threatened to use the military against protesters, of course. He has said, however, that he would deploy the military against rioters. ABC News knows that, as do the rest of the MSM.

Willfully lying and thereby endangering the public really does earn them “Enemy of the People” status. I attack the MSM in writing because every one of them is deserving of scorn and derision right now and that probably won’t change even after Trump is out of office. They’ve become that bad. 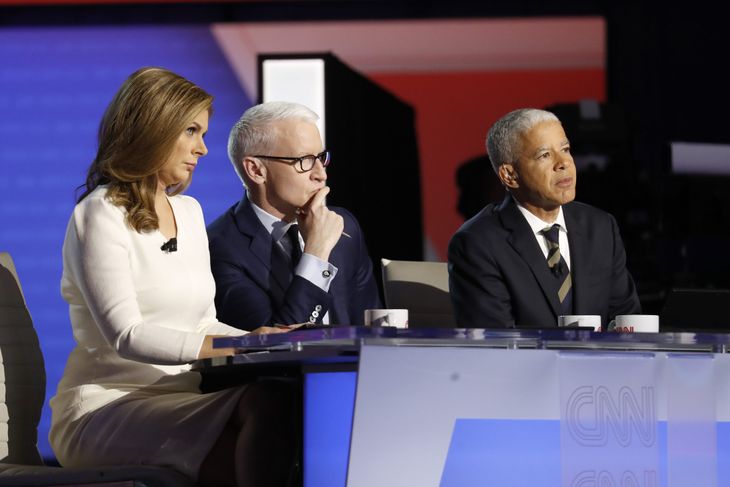 And I’m going to stay on them for as long as it takes.

It’s a Question That Needs an Answer

Can a robot make a breakfast omelette? – video https://t.co/XsVBt9s92E

Karma got bitchy. Looters Break Into Philly Gun Store. It Doesn’t Go Well for Them.

Trump’s Latest Religious Freedom Move Is a Warning to China

It was really bizarre. Tucker Carlson Spent Tons of Politcal Capital In This Monologue

Every comedian who apologizes should be forced out of the business. Jimmy Fallon Forced to Grovel on National TV for Impersonating Chris Rock 20 Years Ago

Maybe the prison will have a dentist. Illinois Man Facing Federal Charges After Livestreaming Himself Lighting Fires in Minneapolis

Mayors Aren’t Going to Tamp Down Violence by Firing Police

We Don’t Have a Racism Problem, We Have a Deep State Problem: The Hideous Police Killing of Duncan Lemp

A Plea to Protestors After Seven Days of Chaos: Don’t Allow Outside Agitators to Destroy Your Communities

The Kruiser Kabana Episode 42: Are We Doing This Civil War or What?

Riots Crisis: Don’t Let the Moral Idiots Guilt You Into Anything

The George Floyd Riots Are Nothing Like the Boston Tea Party

Schlichter: Everyone Is Sure Biden Is Toast

Nikole Hannah-Jones On The Definition Of Violence

No, Trump’s Talk Of Protecting 2A Rights Wasn’t a “Dog Whistle”

Decades of California Democrats Defying Laws Has Led to This

More of This Please: Denzel Washington Peacefully Mediates Between Cop and Homeless Man

Trump Campaign Buries Biden on Race By Pointing to His Record

Park Police Calls Out Fake News: Authorities Did Not Use Tear Gas to Clear Protesters from Lafayette Park, Some Attacked Police

Thousands of Protesters March on the Home of NYC Mayor de Blasio, Demand He Resign For How He’s Handled the City

It was always B.S Whitmer: Maybe We’re Done With The Lockdown

AP: Say, Are The Media Encouraging The Riots With Our Coverage?

Brits Crack Down On Sex During Lockdown

AOC was headed to Manhattan Bridge to handle ‘dangerous’ situation about trapped protesters (but then, thousands of retweets later…)

David Axelrod uses ‘lights out’ photo of White House to take a swing at Trump, accidentally KOs his former boss instead

Most Splendid Stained Glass Windows in the World https://t.co/kki9qPvJC4

One day we’re all gonna look back on this and wish we had been a lot drunker.

PJ Media senior columnist and associate editor Stephen Kruiser is a professional stand-up comic, writer, and recovering political activist who edits and writes PJ's Morning Briefing, aka The Greatest Political Newsletter in America. His latest book, Straight Outta Feelings, is a humorous exploration of how the 2016 election made him enjoy politics more than he ever had before. When not being a reclusive writer, Kruiser has had the honor of entertaining U.S. troops all over the world. Follow on: GETTR, MeWe, Gab, Parler,
Read more by Stephen Kruiser
Tags: DONALD TRUMP MEDIA BIAS RIOTS