Pittsburgh Police were looking for 20-year-old Brian Bartels for breaking the windows out of a Pittsburgh police car. He was identified by a co-worker from Amazon and turned himself in on Monday. He was one of the individuals who damaged a police car which was later lit on fire. According to the Pittsburgh Post Gazette:

Police described the Sunday protest as one that “turned destructive, violent and into a riot situation” around 4:30 p.m. and blamed the incident with the police vehicle as being the root cause.

Bartels is white, clad in black with a kerchief over his face. After protesters remove him from the area, you see him squat down over bags of equipment. They resemble professional tool bags. Guns and other unidentified items were found in bags at his home when police searched it.

Joy Reid must be so disappointed. Police served a warrant on a lefty radical. And his underground group is just part of a radicalized network that includes anarchists and communists as well as ecoterrorists. Here’s how we know.

First of all, the insignia on his face covering can be identified. It is the symbol of the Animal Liberation Front. 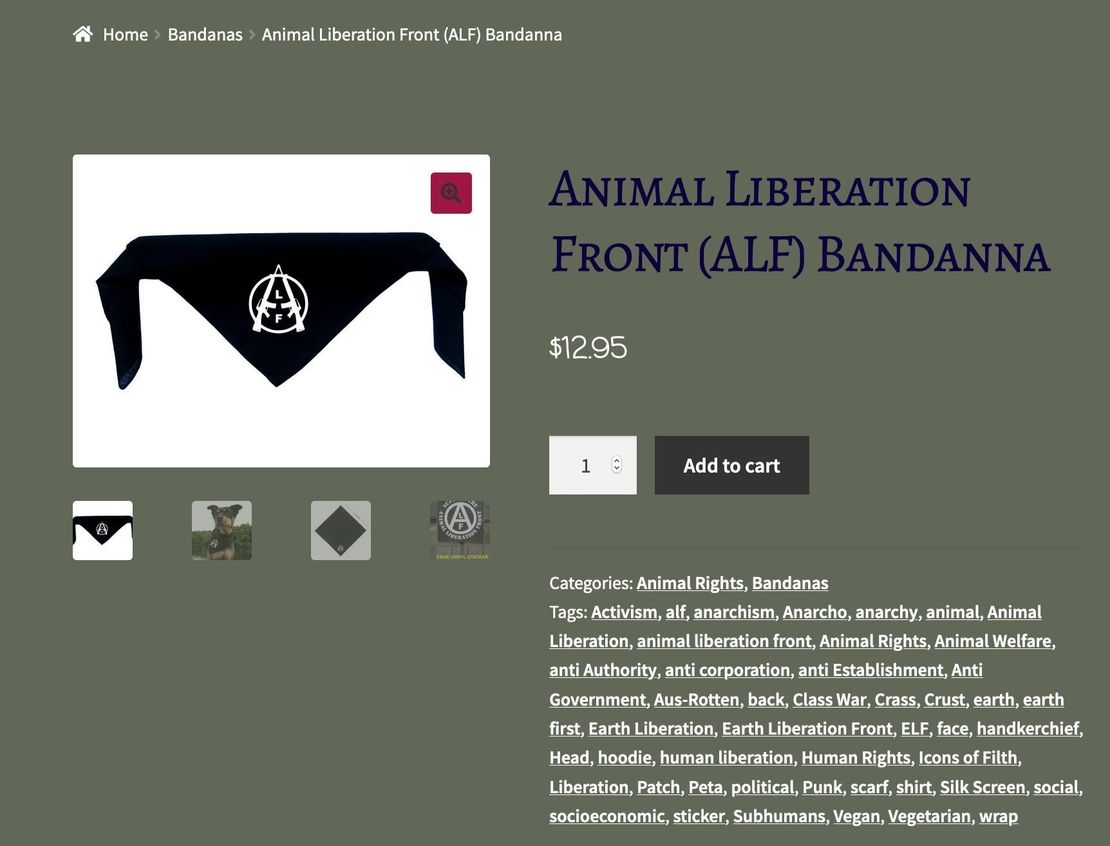 The logo is confirmed if you examine the back of his hoodie. The logo at the bottom says ‘Animal Liberation’. 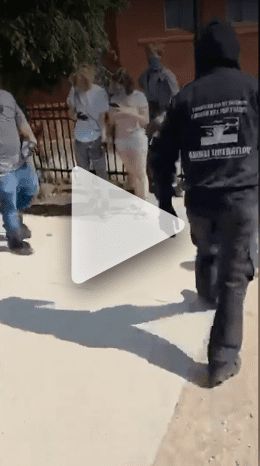 The Animal Liberation Front (ALF) was designated an animal rights terrorist group in 2004. An excerpt from the testimony of John E. Lewis Deputy Assistant Director of the FBI to the Senate Judiciary Committee regarding what he described as a left-wing terrorist group. (emphasis mine):

In recent years, the Animal Liberation Front and the Earth Liberation Front have become the most active criminal extremist elements in the United States. Despite the destructive aspects of ALF and ELF’s operations, their stated operational philosophy discourages acts that harm “any animal, human and nonhuman.” In general, the animal rights and environmental extremist movements have adhered to this mandate.

Beginning in 2002, however, this operational philosophy has been overshadowed by an escalation in violent rhetoric and tactics, particularly within the animal rights movement. Individuals within the movement have discussed actively targeting food producers, biomedical researchers, and even law enforcement with physical harm. But even more disturbing is the recent employment of improvised explosive devices against consumer product testing companies, accompanied by threats of more, larger bombings and even potential assassinations of researchers, corporate officers and employees.

ALF has a North American Press Office that claims to know no one that sends them information or anyone involved with a cell. The website states they are only there to provide a favorable view of the direct action the cells take. Another “leaderless” group like Occupy, Antifa, and Black Bloc.

Strange they use the words ‘underground’ and ‘cell’ a lot in their description of the shadowy network they represent. I imagine ISIS’s Press Office would use similar language.

According to the press office the stated mission of ALF is long-established:

As Deputy Assistant Director Lewis noted, their tactics had shifted and the group was willing to harm humans. A justification from the Press Office:

The term “extensional self-defense” has recently been coined to refer to humans who stand up for animals and stop their suffering, using in the words of Malcolm X, “any means necessary”.

Now, is it rational to believe that a bunch of vegans have wrought this kind of destruction in our nation’s cities? Not really. I know many people who are animal lovers but not nearly this radical. However, the answer to Frequently Asked Question number 13 explains a lot. 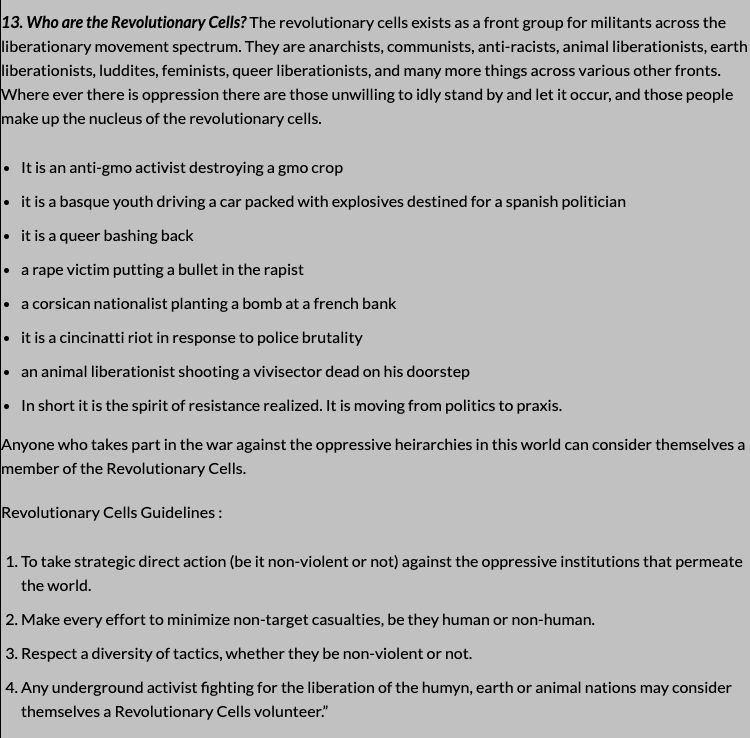 These underground cells work with and support one another. In the digital age, an action that used to take months to plan can be done in a few days. There are also secure and encrypted communication channels to use like Threema and Telegram. I assure you they are coordinating and they are not working with six guys named Bubba. Bubba isn’t a vegan.

If you need further proof regarding Bartles, the first identified left-wing radical, you just need to check out his band. It appears he is a drummer and plays for the band Almost Extinct. Sounds like a group of like-minded souls. And here is a post signed by Brian on the band’s page. He’s with the OG radical:

A Plea to Protestors After Seven Days of Chaos: Don’t Allow Outside Agitators to Destroy Your Communities