We have made it to Friday, dear Kruiser Morning Briefing readers. I sincerely hope that you are all enjoying yours so far.

Well, the DNC Zoom meeting is finally over and the mainstream media couldn’t wait to get to their feelings journals to start dotting their i’s with hearts while writing about Joe Biden’s speech. It’s something they haven’t done regularly since Biden’s boss, the Lightbringer, was in office.

Get ready for two and a half months of fawning media awfulness, my friends.

It should come as no surprise to anyone that I won’t be able to participate in the concussed unicorn prance that will be substituting for journalism about the campaign. I do so miss the days when the MSM was coy about its bias, always trying to mask it. Now it’s an unabashedly biased freak flag flying session all the time.

Tyler has a rundown of last night’s DNC finale here.

It’s true, Biden didn’t make any major mistakes during his big moment at the DNC. Then again, the expectations for his speech have been lowered for months so all he really had to do was get through it without pausing to eat his foot and it was going to be judged a rousing success.

I watched a little of Biden’s DNC speech, got bored, and went back to work. I kept checking Twitter and saw the WAY over-the-top reactions from all of the usual suspects, so I went back and watched more after the DNC wrapped and it was posted online.

Biden was tired and slurring. He did stay riveted to the teleprompter in a way that I found distracting.

Gifted oration it was not.

The content was worse than the delivery. Biden could have been cribbing talking points from any CNN panel. Given his history of plagiarism, he may very well have been.

Look, this ain’t my first rodeo, I know how this dance goes. The partisans all love the nominee’s acceptance speech. The Democrat nominee always gets a sickening amount of love from the media. I guess I’ve just been at this too long to pretend that I like the dance.

Biden may have been aided by the lack of an audience at this COVID DNC. His fixed gaze on the teleprompter may not have survived applause breaks.

Here are a couple of takes on the speech that I think sum things up nicely:

#DemocraticConvention ends as @JoeBiden channels Reagan, never actually mentions @realDonaldTrump by name in an very intentionally Presidential acceptance speech (with @tedstew ) + @OfficialJLD has the almost line of the night https://t.co/I58uyq6GlH

Reporters and pundits, enough with the superlatives. Biden's speech was … fine. No huge flubs, no historic moments.

It was just fine.

Biden may have been mistake-free, but Reaganesque? Yeah…no.

The media might want to try reeling in the gushing schoolgirl shtick, just to create the slightest pretense of objectivity.

Or they can just carry on as the propaganda wing of the Democratic National Committee.

It will be interesting to see if the RNC next week learned any virtual convention tips from the DNC.

For Your “Dystopian Nightmare” File

Democratic ticket off and “podding.” pic.twitter.com/AEpWpwJXsb

Impossible. Democrats Have Assured Us That Vote-By-Mail Fraud Doesn’t Exist. 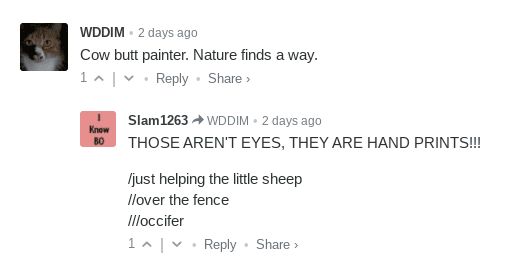 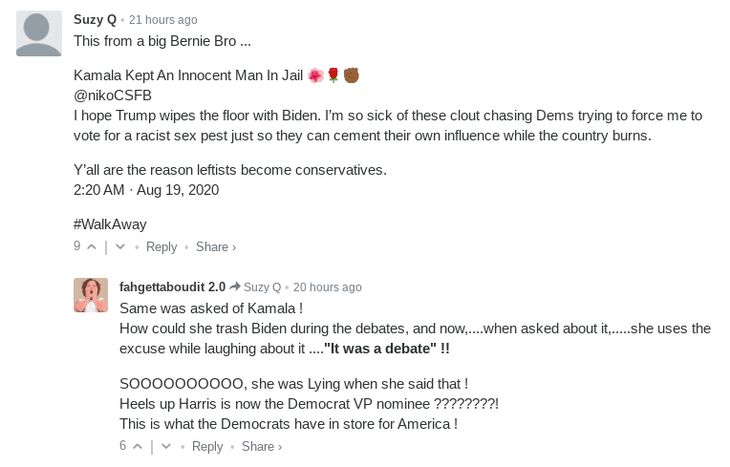 The Democrats Are Sending Out Mixed Messages About Linda Sarsour. Here’s Why.

If Your School District Pulls What One Tennessee District Has, Know Your Rights

#TrueStory, and they’ve been lying about it ever since. Sarah Palin Says Today’s ‘Never Trumpers’ ‘Sabotaged’ McCain Presidential Run

Putin Foe in Coma After Being Poisoned

Bannon Indicted, Arrested by NY Feds for Alleged Defrauding Donors to ‘We Build the Wall’ Group

LADIES AND GENTLEMEN, WE HAVE A WINNER: Biden: A Diminished Trojan Horse With an Army of Marxist Transformers Inside

Yarmuk: ISIS’s Inspiration and the ‘Most Consequential’ Battle Between Islam and the West

VodkaPundit: Insanity Wrap #32: Liz Warren Spells Out the Marxism for You, Plus Billy Joel as Nostradamus

Wait, Did the DNC Really Cut ‘Under God’ Out of the Pledge of Allegiance?!

Me: Biden’s Age Is Fair Game and the MSM Is Avoiding It

This, More Than Anything Else, Might Doom Joe Biden’s Campaign

Barack Obama Wants You to Vote Against Trump, Not for Biden

Dems Embrace Anti-Gun Agenda At Convention, But What About The Campaign Trail?

Anti-Hunters In CA Say They Want To Help Animals, But Are Enabling Poachers Instead

Has anyone else ever noticed DeWine’s resemblance to ET? Mike DeWine’s Gun Control Bill Isn’t The Answer To Ohio’s Rising Crime

Can Philly Talk Its Way Out Of Its Crime Spike?

When Organizations Push Members Away Over Gun Control

Singing ‘no riskier than talking’ for virus spread

Chess: Carlsen fights back from brink to overcome Nakamura in 38-game epic

LOL, yeah…after 44 years in Washington. Buttigieg Paints Biden as the Candidate of ‘Change’

Here’s Yet Another Graph That Shreds the COVID Lockdown Hysteria

Still on his “Clueless” tour. Cuomo Finally Admits COVID Mistake: I Should Have Mandated Masks Sooner, Even Though I Did It Before Everyone Else

Pittsburgh Dem Mayor: No, You Can’t Protest Outside My House

Fake Conservatives Attack Nuclear Power In Utah/Idaho Ahead Of Election

‘Bikers for Trump’ Show up Outside DNC With Not-So-Subtle Message for Trump-Bashing Dems: ‘Wisconsin Ain’t Theirs’

Even Tom Nichols thought the ‘Julia and Andrew Show’ was cringeworthy

MSM is about to become more insufferable than ever before. ‘This cannot be real’! WaPo theater critic’s RAVE review of ‘award-worthy’ Dem convention is a melodramatic doozy

This is going super well. American Airlines to suspend flights to 15 US cities amid funding debate

Kitten watching Tom and Jerry is one of the greatest things I’ve ever seen on the internet.

First round of this fight was a furious, drunken alley brawl. I remember watching it and thinking, “How in the hell are they even going to come out for the second round?”

We could all be exercising a little more privilege here, people. Let’s get on that.

PJ Media senior columnist and associate editor Stephen Kruiser is a professional stand-up comic, writer, and recovering political activist who edits and writes PJ's Morning Briefing, aka The Greatest Political Newsletter in America. His latest book, Straight Outta Feelings, is a humorous exploration of how the 2016 election made him enjoy politics more than he ever had before. When not being a reclusive writer, Kruiser has had the honor of entertaining U.S. troops all over the world. Follow on: GETTR, MeWe, Gab, Parler,
Read more by Stephen Kruiser
Tags: 2020 PRESIDENTIAL ELECTION DEMOCRATS DNC JOE BIDEN MEDIA BIAS