The Morning Briefing: Buy All the Guns Now, America

I know many of you will say that this message is unnecessary, but I still feel that it needs to be shared.

The world has lost its mind and now more than ever Americans need to take advantage of our Second Amendment rights. Jeff wrote a post yesterday about gun sales being through the roof.

I say that’s a nice start.

What we have seen unfold in the past few months — and especially the last week — is beyond disturbing. Law-abiding citizens have been sandwiched between egomaniac government tyrants and lawless mobs. Lawless mobs that are being cheered on by the aforementioned government tyrants, by the way.

People all over this great land have decided that it is time to purchase a gun. Or two. I’m always sort of mystified when I meet people who have never owned, or even fired, a gun. I grew up around firearms. My grandfather owned a gun store. Guns are just a fact of life with me. 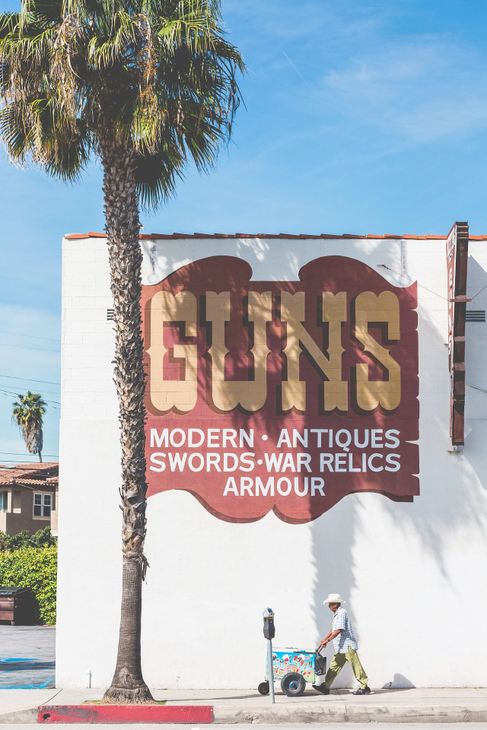 Image by Public Co from Pixabay

I’m grateful that I live in Arizona, which is still pretty much the wild West when it comes to guns. I get my ammo at ACE Hardware. People in states with more barriers to purchasing guns and ammo need to get those bureaucratic wheels in motion now, before the bad seeds make things even worse.

The American liberal argument against self-defense with firearms usually centers around saying that we should simply leave such matters up to the police. These are the same people who are working overtime to demonize the police right now.

I’m not anti-cop, but I know that they can’t respond in the time I may need them to. I don’t keep a loaded gun around just to keep things copacetic until the police arrive. My gun is there to, um, “mitigate” things while I’m waiting for some backup.

Again, I know that most of the regular readers here are probably already armed to the teeth. Still, I’ve met a surprising number of people who are very pro-Second Amendment but don’t own a gun. Weird, I know, but still a thing.

Just giving them a little nudge here. It’s a legit scary world out there.

The Democrats Are All Pro-Riot

How Convenient: Ralph Northam Presents His Agenda as the Rioters’ Demands

No one who voted for this moron is still in NYC. They’ve all gone to their vacation homes. New York Police Say They ‘Are Losing the City’ as Cuomo and de Blasio Play Politics With the Riots

Yes, George Soros Sent Money to Fund the Riots—and So Did Taxpayers

Lock him up. Man Who Hid Rioters and Looters From Justice Hailed as ‘Good Samaritan’ by NBC News

Someone Should Send CNN’s Chris Cuomo a Copy of the Constitution, Stat

Remember Those Studies Linking Hydroxychloroquine to Higher Mortality? They Were Based on Possibly Bogus Data

Here’s the Real Story on George Floyd, Police Abuse, and Racism, and What You Should Do About It

AMC Theater Chain Warns It May Not Survive

Enemy of the People update: Ivanka Embraced an Important Moment in History and the Washington Post Is Worried About Her Handbag

Enemy of the People Update II: Did You Catch CNN’s Deception During Trump’s Rose Garden Address on George Floyd Riots

Schlichter: Biden Has No Good Options

Trump To GOP: Find Another Convention Venue After Cooper Balked At “Full” Event

The Nation: The family as we know it is an anti-queer factory rife with power asymmetries and violence

‘Did I miss the memo?’: Hospital workers in full PPE applaud George Floyd protesters as they march past

Portland Police: 'We Wish There Were Some Kind Of Organized, Armed Force That Could Fight Back Against Antifa' https://t.co/wKKgvXmWzv

The Netflix documentary about this is very good.

Maybe we should riot about the protests.

PJ Media senior columnist and associate editor Stephen Kruiser is a professional stand-up comic, writer, and recovering political activist who edits and writes PJ's Morning Briefing, aka The Greatest Political Newsletter in America. His latest book, Straight Outta Feelings, is a humorous exploration of how the 2016 election made him enjoy politics more than he ever had before. When not being a reclusive writer, Kruiser has had the honor of entertaining U.S. troops all over the world. Follow on: GETTR, MeWe, Gab, Parler,
Read more by Stephen Kruiser
Tags: GUNS SECOND AMENDMENT