The Morning Briefing: Trump's Twitter Trolling Is the Greatest Entertainment in America

Long before I thought he might be elected president back in 2016, I kept saying that political science students would one day be studying Donald Trump’s use of Twitter during the campaign.

After he was elected, I was one of the very few Republicans who didn’t preface every good thing I’d say about him with some weak-sauce, “Well, I wish he didn’t tweet so much.” Quite the opposite, in fact. I was already a huge fan of his Twitter habits. I wrote on more than one occasion that he would teach every elected Republican to tweet properly.

What Trump has managed to do with Twitter is counter the narrative advantage that the mainstream media always had and used against Republican presidents. He doesn’t have to rely on press releases or press conferences to get his side of any story out to the public, he just wakes up and starts tweeting.

For those of us who were sick of watching the MSM run roughshod over Republican presidents, Trump’s Twitter rants were a thing of absolute beauty.

The thoroughly leftist Twitter has a love/hate relationship the president, of course. He brings them the kind of publicity that they couldn’t possibly buy. If he weren’t the president and just a regular conservative, he’d be shadow-banned or suspended immediately. They have to keep the president of the United States around, much to their chagrin, no doubt.

In the last few weeks, the liberal anxiety about Trump on Twitter has been ratcheting up, and it’s been delightful.

Trump has been trolling Joe Scarborough a lot and Mrs. Morning Joe pitched a royal fit about it last week:

I will be reaching out to head of twitter about their policies being violated every day by President Tump. Hope my call is taken. Please retweet if you agree

She’s continued to melt down and begged Twitter CEO Jack Dorsey to take her calls. All of it has the feeling of a scorned lover hanging onto the ankle of her man as he’s walking out of the door. She’s been pleading for Dorsey to ban Trump from Twitter because feelings or something. 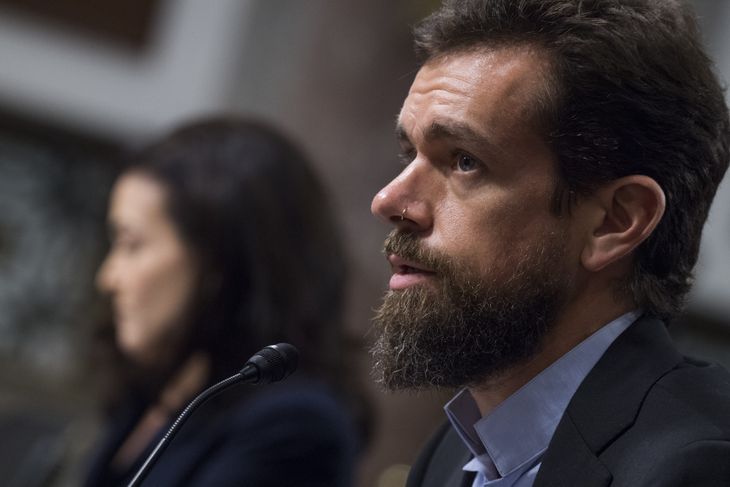 On Tuesday Twitter got combative with the president when it did a fact check and red-flagged a couple of Trump’s tweets about vote-by-mail and voter fraud. The platform has never been shy about its liberal bias, but it is usually a little more coy than this. Pretending that there is no connection between vote-by-mail and fraud is a fairy tale straight from the Democratic National Committee.

I’ve said it before: if President Trump would spend most of his day taking swings at liberals on Twitter I might cancel all of my streaming services. Watching him get out in front of stories or counter-punch false narratives never fails to delight. I have two Tweetdeck columns dealing with various media accounts and it’s so much fun watching them fall apart after one of the president’s deliberate troll tweets.

Thank God Trump isn’t the kind of guy who lets anyone talk him out of anything. I’m sure every constipated establishment advisor he’s had has told him to lay off Twitter, even though it’s one of his greatest weapons in the battle against the ever-biased press.

Tweet away, Mr. President, if only to irritate Mika.

Trump on Russia Hoax: ‘When the Papers Come Out’ We Will Learn Obama ‘Knew Everything’ https://t.co/s6NdcD0kXu

My latest column: The New York Times Continues to Pollute What Used to Be Journalism

Without Communist China, Would Palestinian Terrorism Have Become Such a Menace?

What Did Obama Know and When Did He Know It? FBI Docs Shed Light on His Involvement in ‘Obamagate’

Did a Journalist Lose His ‘Blue Check’ Twitter Verification for Covering Obama Abuses?

Jeb! Weighs in on Preposterous Republican Proposal to Pay People to Return to Work

Texas GOP Chairman: We ‘Would Welcome President Trump and the RNC Convention’

No Bailouts for the Blue States Until They Open Up

Coronavirus Rips the Band-Aid Off: You’re Going to Die

No, We Are NOT All In This Together

James Clyburn: I Admit It, Biden’s “You Ain’t Black” Comment Made Me Cringe

Ralph Northam’s Impotent Mask Mandate Will Backfire On Him

How to Spot a Misleading Crowd Photo

Anti-Gun Op-Ed Impressive In How Wrong It Is

Violent Crime Increased During Lockdowns In Many U.S. Cities

China Trapped in Own Web of Wuhan Lies

Does This CDC Study Deliver the Knockout Blow in the COVID Lockdown Debate?

Masks are a scam. Mask-Obsessed NBC Reporter Forced to Admit on Live TV Cameraman Not Wearing a Mask

‘Has He Lost His Mind?’: Cuomo Provision Would Charge Police With a Felony for Sharing Info About Illegals

NY Dems Nadler, AOC & Co. Ask Cuomo to Release ‘Significant Amount’ of Prisoners to ‘Surely Save Lives’ — Or Something

Biden Basically Admits He Has Been Hiding In His Basement: ‘It’s Working Pretty Well’

Richard Grenell Bends Sen. Mark Warner Over His Knee One More Time Before Heading Out the Door

Politico: Democrats Are Worried The Economy Is Going To Recover Before The Election

They’ll make it worse. NFL: We Got The Pass Interference Rule “Totally Wrong”

‘Get over yourselves’: New York Post editorial board reminds the media they’re not the victims they claim to be

Mark Zuckerberg Finishes Another Long Day Of Deciding What People Should Believe https://t.co/tHyyFIAyfI

Is whiskey the proper wine to serve with tacos?