Insanity Wrap #185: One of Our Vice Presidents Is Missing!

Answer: Neither does she.

A Harsh But Simple Truth

Sometimes, Insanity Wrap is grateful that we rarely have to think about, much less worry about, the police as we go about our business.

We aren’t on social media celebrating the thug life, we aren’t selling or buying illegal drugs, we don’t have any warrants out for our arrest, we don’t call for or even condone violence against the police, and we don’t attempt to flee on foot or by car on the rare occasions that we must deal with the police.

If Insanity Wrap were doing any or all of these things, it shouldn’t necessarily result in us getting shot and killed.

But it sure would raise the odds, wouldn’t it?

A group of women sing and dance outside of stores that were looted by #BLM rioters in Brooklyn Center, Minn. #DuanteWright #Minneapolis pic.twitter.com/bcUKGuXyr0

Nothing says “racial justice” like throwing an impromptu dance party outside of the store you or your BLM buddies just looted.

Andy’s work over the last year has been perhaps the most single valuable resource when it comes to understanding the true nature of Antifa/BLM.

Ngo, known for his coverage of the far-left Antifa movement, was set to speak at the large Nashville-based event later this month on April 22 and 23 in Nashville, but then Ngo received an email uninviting him to the annual “culture summit” for civic-minded Christian influencers.

He was then dropped from the list of speakers, which includes megachurch pastor Matt Chandler and Christian apologist John Lennox.

At least this time no one attacked or threatened to kill Ngo, which is a nice change of pace.

Once again, Insanity Wrap must ask: Is literally all the anti-Asian racism on the Left, or only virtually all of it?

Previously On Insanity Wrap: A Not-So-Crazy Guide to Election Reform

No, they are not.

Insanity Wrap must confess that we made it through only the first few seconds of this TikTok clip.

If you’d like to watch the whole thing, we would first recommend you take a shot.

Not a shot of tequila. Of Demerol. 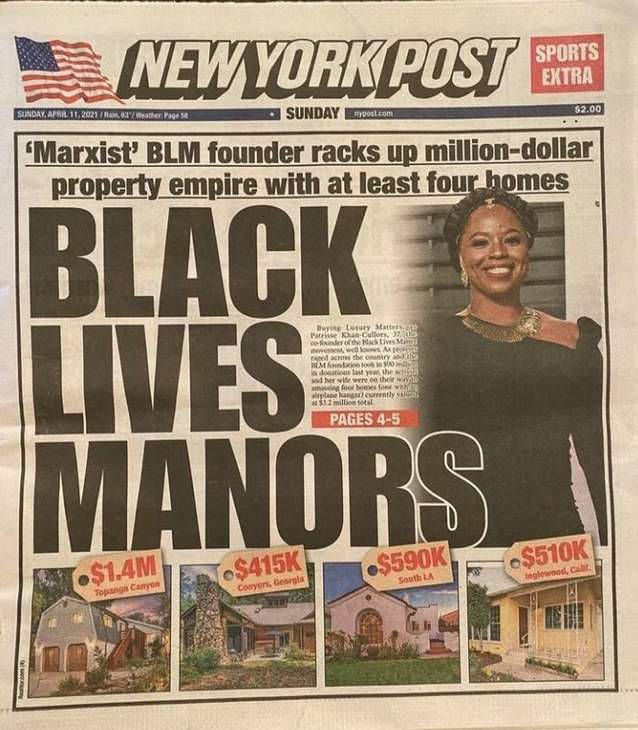 Say what you will about Patrisse Cullors, but Insanity Wrap is here to tell you that she isn’t stupid or crazy enough to be an actual Marxist.

She has, in fact, found a very profitable way of selling the old Marxist “false consciousness” trope as brand-new to woke corporations and individual idiot/insane donors.

When Insanity Wrap saw the “MIA” headline, our first thought was: “Yes, where is she?”

We should have stuck with our first thought.

It’s one thing when the right-leaning Examiner makes the case, but quite another when it’s made by full-time Democratic apologist Chris Wallace.

“[This] kind of makes you wonder whether she knows this is a mess and doesn’t want her fingerprints on it,” he said.

The White House’s backpedaling on giving Harris the assignment flew so low under Insanity Wrap’s radar that it must have had Bitching Betty giving the “Pull up! Pull up!” alert.

We imagine that when Harris found out she was given an assignment with an only slightly greater chance of success than skydiving without a parachute, she went off like Selina Meyer in Veep.

You know, if Meyer had been given the impossible task of fixing a border crisis the White House doesn’t actually want fixed.

Silliness aside, there is an important question buried in these stories: Who’s in charge here?

President Porchlight can’t seem to do much other than occasionally (and badly) spout a few moderate-sounding inanities while the Marxist Woke Brigade pushes its radical agenda through on the very slenderest of majorities.

Biden can’t even give his own veep an assignment if she doesn’t want it.

Insanity Wrap’s guess is that no one is in charge, and that inside the White House is about as well-ordered as a sackful of hungry kittens.

We’d enjoy the show more if A) We could see it better, and B) the fate of the Republic didn’t hinge on leftwing madness.

Why, we would never do such a thing.

Not when the kids are in the car, that is.

Steve launched VodkaPundit on a well-planned whim in 2002, and has been with PJ Media since its launch in 2005. He served as one of the hosts of PJTV, a pioneer in internet broadcasting. He also cohosts "Right Angle" with Bill Whittle and Scott Ott at BillWhittle.com. He lives with his wife and sons in the wooded hills of Monument, Colorado, where he enjoys the occasional adult beverage.
Read more by Stephen Green
Tags: KAMALA HARRIS BLM INSANITY WRAP
SHOW COMMENTS