Insanity Wrap needs to know: What does it take to fully disillusion a Biden voter?

Answer: Whatever it is, Biden probably has done it twice already.

Insanity Wrap has a message for our left-leaning readers and “Republican” supporters of Joe Biden.

You have been had.

You have been so had.

You have been so had that, despite our distaste for government giveaways, Insanity Wrap could get fully behind an Apollo-scale program to provide each and every one of you with those special donut-shaped pillows so that you might be able to sit down again in something less than total discomfort.

We’re willing to do all this, even though you’re the only ones who didn’t see this coming, you self-deluded fools.

I'm glad there is technology and means to find, arrest, and charge rioters. So weird that the technology and prosecution doesn't work on rioters who spent the better part of a year razing cities, attacking federal courthouses, burning down churches, police HQ. Wonder why that is.

Insanity Wrap gave up being “shocked, shocked” by progressive hypocrisy a very long time ago, and yet it remains our sacred duty to report it to you every day of the working week.

Insanity Wrap is sad to inform you that the protest isn’t what you probably think it is.

Did we say underhanded? We meant undermining.

Whenever the notorious killer Charles Manson or one of his convicted followers would come up for parole over the last 40 years, a Los Angeles County prosecutor joined victims’ family members at a California state prison to argue against the release.

But when Kay Martley joined a California Board of Parole Hearings video conference to consider parole for convicted Manson “family” killer Bruce Davis earlier this month, she was stunned to learn she would be making the case on behalf of her murdered relative alone.

“I had no one to speak for me,” said Martley, 81, whose cousin Gary Hinman was tortured and killed by Manson followers on July 27, 1969. “I felt like no one cares about the victim’s families anymore. We are totally forgotten.”

NBC News reports that “the absence of a prosecutor was no oversight.”

Instead, “it was the result of a policy shift” ordered by Gascón, “who campaigned on promises to reduce the number of people in prison.”

No matter what Gascón’s office does or doesn’t do, Insanity Wrap doesn’t believe that any parole board is about to set free any Manson Family member. Some crimes — some criminals — are just too horrific, and they’ll be left to rot and die even if it takes a thousand years.

But by refusing to send a prosecutor to Davis’s parole hearing, Gascón is quietly subverting the entire notion of justice.

Do enough of that, and people lose whatever trust and faith they might have had in the entire concept of justice in America.

For an America-hater like George Soros, that’s a big win.

Previously On Insanity Wrap: Intriguing – Palm Beach to Decide Whether Trump Can Live in the Building He Owns

When a white liberal admits that they’re racist 😂😂😂 pic.twitter.com/4qaAoP7tlr

If this guy is the oppressor, then Insanity Wrap is happy to tell you that winning our liberties back isn’t exactly going to be like 13 tiny colonies taking on the entire British Empire.

If we lose to people like this, that’s entirely on us.

Insanity Wrap is as pleased as we are shocked to report that today’s Brief Moment of Sanity comes from Gavin Newsom’s California.

With any luck, it won’t be Gavin Newsom’s California for very much longer:

The decline in Newsom’s standing could endanger his policy agenda as he guides the state through the pandemic and as even his political allies begin to question the actions he has taken. It also provides a sobering sign for the 53-year-old Democrat that his once bright political future, for years the subject of whispers about a potential White House run, has lost some of its shine.

The wheels of justice turn slowly, but at last it seems we’re watching Newsom get ground right through them.

Did We Mention Biden Voters Have Been Totally Had?

“You can’t [legislate] by executive order unless you’re a dictator. We’re a democracy. We need consensus.” -Joe Biden, October 2020 pic.twitter.com/Pw1981XxN1

Keep an eye on your mailbox for that special pillow.

Past Performance No Guarantee of Anything, Anything At All

You will not be shocked when Insanity Wrap tells you Cuomo was nasty about it, too: “It’s a cheap, insincere discussion,” he said. “Yes, I would like to see restaurant workers eligible. But what does eligibility mean when you don’t have enough?”

For struggling business and struggling service workers, it might mean the difference between somehow staying open for another week or making next month’s rent.

Cuomo’s policies have been particularly hard on the restaurant industry, and for no good reason. 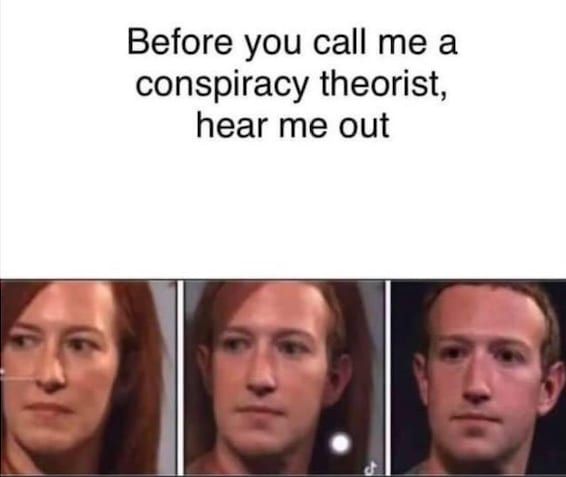 Insanity Wrap apologizes if this one causes you to lose any sleep, but it’s all starting to make sense now, isn’t it?