Insanity Wrap needs to know: When is it wrong for straight men to want to date actual women?

Answer: When they’re married to some other actual woman, and that’s about it — no matter what today’s woke propaganda insists. 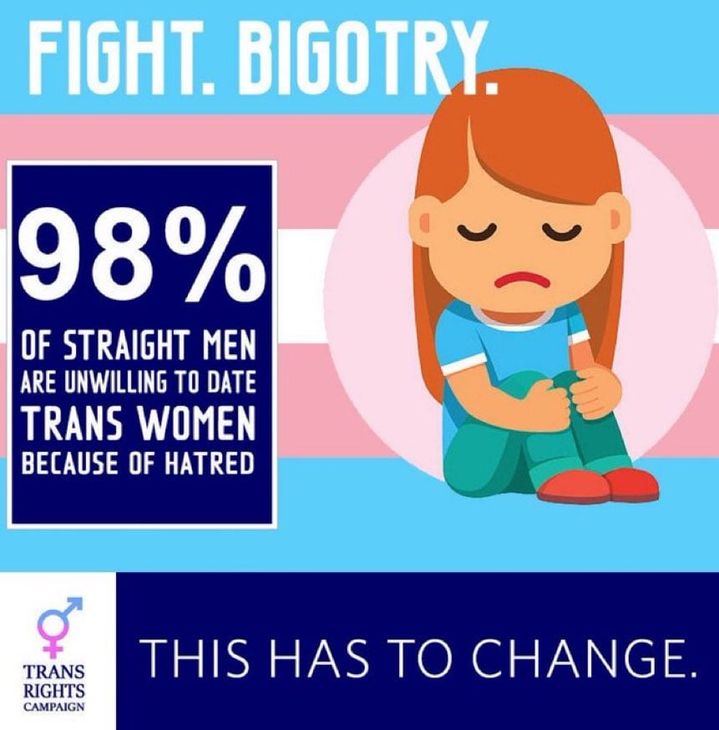 This poster came to Insanity Wrap’s attention via Ian Miles Cheong’s Twitter feed, although our favorite comment came from MMA star Jon Fitch who asked, “This some China propaganda right?”

“Straight is hate” is what “morality” requires us to believe now, that men who don’t want to date men are filled with hate.

Insanity Wrap is so old that we remember back when the Left said that what people do in their own bedrooms is their own business.

Be straight. Be gay. Be whatever it is you are to the best extent you can manage, and find happiness by being in accordance with what you are.

But if your brain is so divorced from your own chromosomes that you have to play dress-up or either chemically or surgically alter your body in order to find some simulacrum of happiness, then at least have the decency not to demand that the rest of the world play along.

Insanity Wrap really is trying to help, and has nothing but the deepest sympathies for anyone with this condition.

But we must draw the line at the mandatory indulgence of mental illness.

And Now, the Abject Apology Portion of the Program

(The following is an update from the January 6, 2021 Insanity Wrap, added to this edition.)

Last week, your very own Insanity Wrap had reason for red-faced embarrassment.

We got caught in a hoax, courtesy of those brilliant “weaponized autists” at 4chan.

This particular fake propaganda piece — you know the one — was typical of 4chan in that it just pushed the envelope enough to gain attention, while not going too far out from the current crazy zeitgeist.

One of the drawbacks to 4chan’s chaotic neutral pranksters losing their public forum is that it’s become even more difficult to suss out the real from the prank.

In other words, Insanity Wrap got fooled despite our best efforts to verify the thing. While we would never be so crass as to name names (and thereby attempt to deflect our well-deserved blame onto someone else), we do take some tiny amount of comfort in the knowledge that we weren’t the only ones.

Still, we’ll try to do better.

But the next time 4chan fools us — and they’re so good, we’re fully prepared for a next time — we’ll do the exact same thing we’re doing today: Apologize to you…

(Now back to the rest of the December 29 edition.)

Don’t you Georgians just love these Hollywood icons telling you how to vote since you’re too stupid to make up your own minds? https://t.co/qeN0fJQYrl

Insanity Wrap has become convinced over the last few years that Julia Louis-Dreyfus was so hysterically effective in Veep because her entitled, scheming character didn’t require much acting.

Americans have had it.

We have more for our PJ Media VIP supporters in this column:

The Mask Comes Off: Mask Fatigue Is Driving Americans Crazy.

If you aren’t a member but are thinking of joining, don’t forget to use that VODKAPUNDIT discount code.

Bro, do you even speak Woke?

(We used “Bro” knowing exactly how much it would offend.)

What does any of this mean? Does it mean anything?

Insanity Wrap doesn’t care, and we’re betting you don’t, either.

In his cubicle deep within the bowels of Minitrue, Winston Smith has given himself the world’s worst case of carpal tunnel syndrome trying to keep the Newspeak dictionary up-to-date.

Then again, it is fun on occasion to point and laugh at those who think that their abuse of reality — and the noble English language — amounts to some great moral crusade.

“Twitter sued for $500,000,000” is like that time we were sorting through the back bottom drawer of our living room wet bar and came across an unopened bottle of 21-year-old single malt.

Anyway, a few details to brighten your day:

Mac Issac is demanding $500 million in punitive damages from Twitter plus unspecified compensatory damages and lawyers’ fees, as well as an order forcing Twitter to “make a public retraction of all false statements.” The lawsuit was filed Monday, Dec. 28, in the U.S. District Court for the Southern District of Florida.

“Plaintiff is not a hacker and the information obtained from the computer does not [constitute] hacked materials because Plaintiff lawfully gained access to the computer,” the lawsuit says. As a result of Twitter’s citing its “hacked materials” policy for blocking the Post’s articles, Mac Isaac’s complaint says he “is now widely considered a hacker” and received negative online reviews and threats against his person and property. He claims he was ultimately forced to shutter the Mac Shop.

This would be a very good time for Jack Dorsey to lawyer up, although Insanity Wrap would rather see his network shut down and him behind bars for election meddling.

Speaking of Lefties Who Belong Behind Bars…

1) Gov. Cuomo is in charge of vaccine distribution in NY and it is NOT going well and 2) Cuomo is the one who closed restaurants in NYC, while leaving them open around the state, after showing data spread in restaurants was super rare. https://t.co/nYsBreiZCB pic.twitter.com/gBopqbT6n9

Granny Killer Cuomo ought at the very least to be impeached for ordering the infected to share nursing home space alongside the most vulnerable. Even better would be charges of negligent homicide after his ouster.

Instead, he’s written a book bragging about his performance.

Insanity Wrap is against book burning, but some days we do sympathize with the urge.

The Fix Is In

World Health Organization Pledges Not to Find ‘Guilty’ Party in Probe of COVID-19 in China.

“This is not about finding a guilty country or a guilty authority,” Fabian Leendertz, a scientist at the Robert Koch Institute, Germany’s infectious disease agency, told the French media outlet Agence France-Presse.

“This is about understanding what happened to avoid that in the future, to reduce the risk,” Leendertz said.

This is like trying to understand math while ignoring the existence of numbers.

Just to be clear: The Wuhan Virus is called that because it originated in Wuhan, a city in Communist China, and was allowed to spread internationally by the Chinese Communist Party.

If it seems like Insanity Wrap is pointing a finger at a guilty Party, that’s because we are doing exactly that. 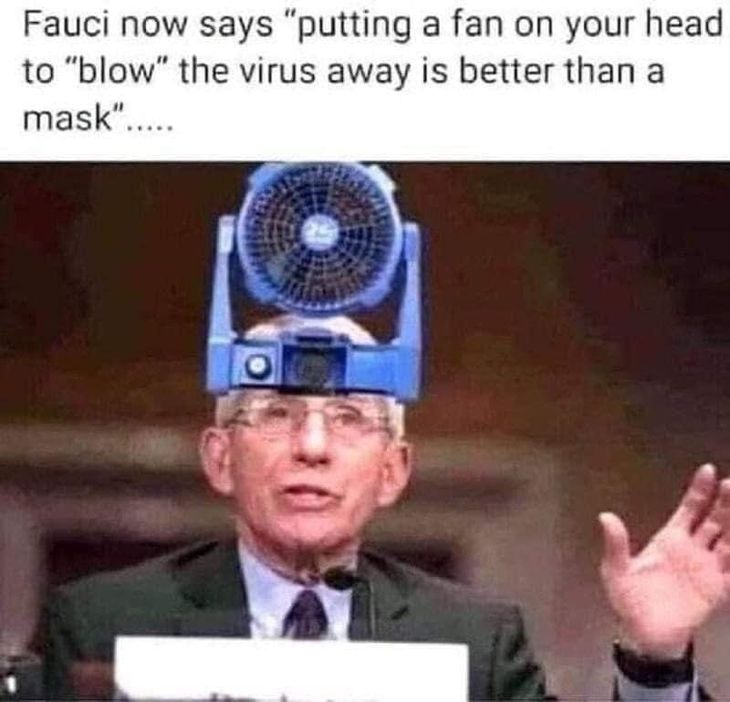 Sometimes the most amateurish photoshops are the best photoshops.

Previously On Insanity Wrap: Trump Had No Choice But to Sign Corrupt ‘Relief’ Bill

Steve launched VodkaPundit on a well-planned whim in 2002, and has been with PJ Media since its launch in 2005. He served as one of the hosts of PJTV, a pioneer in internet broadcasting. He also cohosts "Right Angle" with Bill Whittle and Scott Ott at BillWhittle.com. He lives with his wife and sons in the wooded hills of Monument, Colorado, where he enjoys the occasional adult beverage.
Read more by Stephen Green
Tags: TRANSGENDER ANDREW CUOMO INSANITY WRAP
SHOW COMMENTS