Insanity Wrap #113: Trump Had No Choice But to Sign Corrupt 'Relief' Bill

Insanity Wrap needs to know: What’s worse than signing into law a “relief” bill that provides little relief while doling out hundreds of billions to those who need it the least?

Answer: Vetoing it, losing the Senate runoffs in Georgia, and having Congress override the veto anyway.

So the FBI can solve a bombing in under a day, but give them Hunter's laptop, Hillary's emails, Epstein's black book, and proof of play for pay in Ukraine, years later they don't even know they have it? pic.twitter.com/jhZXErAEE9

What is there to add to this?

An Oregon salon owner has sued Governor Kate Brown for $100,000 over the state’s lockdown and for fining her $14,000 for defying the rules and reopening her business in the middle of the pandemic.

Lindsey Graham, owner of Glamour Salon in Salem, filed a lawsuit in Marion County court December 18 against the Democratic governor claiming that forcing small businesses to shut at the height of the global health crisis did more harm than good.

Graham was forced to close her salon on March 23, when Brown plunged the state into a stay-at-home order that shuttered non-essential businesses to slow the spread of the virus.

Six weeks later in May, Graham reopened her business in defiance of the order saying she needed to get back to work to pay her bills and feed her family.

A fourteen thousand dollar fine for what amounts, legally, to a ticket?

They have got to be freaking kidding us.

Up next, Insanity Wrap would love to see lawsuits in Portland, Seattle, Minneapolis, and New York for damages caused by defunding and demoralizing the police during the partly violent riots. 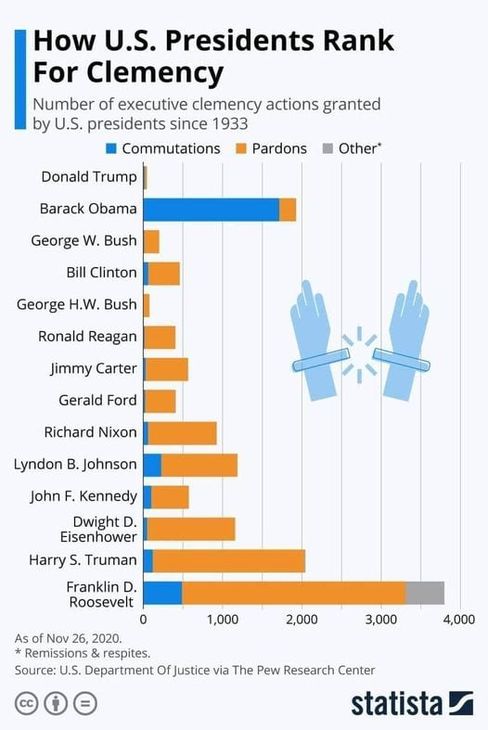 Trump’s pardons are tyrannical and Literally Hitler™ and…

Happy Kwanzaa, Brought to You by the Women-Hating Left

Kwanzaa was invented 54 years ago by a lunatic "Africana Studies" professor at Cal State Long Beach who went to prison for torturing women with electrical cords and soldering irons before stuffing their mouths with detergent and hitting them on the head with a toaster. pic.twitter.com/3MSsWBFgg0

As a public service, Insanity Wrap will re-run this story on April 22, which some very silly and pretentious people refer to as “Earth Day.”

We prefer to remember the date as Vlad Lenin’s birthday, which we assume is no coincidence.

Terrorist hijacker, FBI’s Most Wanted among most extreme campus speakers of 2020

Today’s craziest person in the world is anyone willing to tell the truth about how universities serve as a cash-distribution network for violent lefties.

Derail their favorite gravy train and there’s no telling what a revolutionary might do.

Like these people who get paid handsomely for selling violent nonsense to students being radically overcharged by their own schools in exchange for silly degrees:

In early September, San Francisco State University’s Arab and Muslim Ethnicities and Diaspora Studies Department announced a virtual event that would host terrorist hijacker Leila Khaled. Khaled was a member of the Popular Front for the Liberation of Palestine and participated in two airplane hijackings, one in 1969 and another in 1970.

Earlier this year, the former communist leader who appeared on the FBI’s Most Wanted List spoke at the College of New Jersey to discuss issues about gender and race. Students interviewed by Campus Reform stated that they still would attend the event, knowing she was once wanted by the FBI.

Much more at the link.

Insanity Wrap urges you to read the whole thing.

The Journolist Is Alive and Well and Trying to Kill You

Renea Baek Goddard, a radio journalist from Arkansas who worked for ⁦@kuarpublicradio⁩, is among four suspects who have been formally charged in connection with the firebombings of police cars during Black Lives Matter protests. https://t.co/9bUclQBrqz

Insanity Wrap would remind you that just because someone has a byline in a paper somewhere, doesn’t mean they’re practicing the lost art of journalist.

It could very well be instead that they’re using their bylines as moral cover for seditious activity.

From the Department of Meaningless Gestures

Some days the best you can do is the wrong thing.

Insanity Wrap is unwilling to do so much as stipulate that the Wuhan Flu relief bill is good legislation, or even necessary as written and signed.

It provides too little relief for far too much money (none of which Washington actually has), the overwhelming majority of which is pork.

We wish the whole thing would just vanish into the ether and force Congress to start over, and this time pay heed to their oath and to the nation’s finances.

But everyone knows that’s not going to happen.

This craptaculent legislation isn’t going anywhere but into the legal code — a shameful act committed by shameless legislators.

That said, President Trump had no choice but to sign the damn thing.

Let’s look at the pros and cons:

And that’s it. That’s the only pro. But that one pro item is a trump card, if you’ll forgive the unintended pun.

To his credit, Trump redlined some of the worst pork, but that will prove at best to have been a useless gesture.

But we suppose that was the best that could be done in these circumstances.

The Republic, in other words, is probably doomed. Or maybe we’re just extra-cranky today.

Insanity Wrap however does have an idea for how to provide relief without adding a single dime to the debt.

Just take the government’s boot off the economy’s throat. 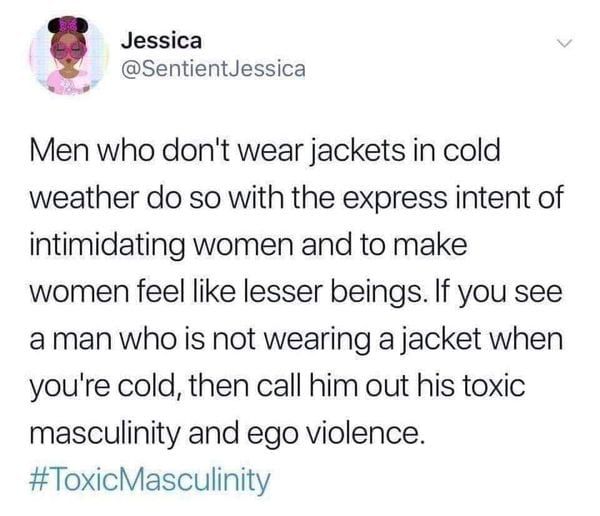 Her account has been suspended, and Insanity Wrap is going to spend the rest of the day trying to figure out what it was she must have tweeted that was even crazier than that.

If you need us, we’ll be weeping into our Bloody Mary.