Insanity Wrap needs to know: When Joe Biden promises that he will “reduce prescription drug crisis experts acknowledge,” what the hell is that supposed to mean?

Answer: We don’t know, but we do have the video.

It isn’t exactly Insanity Wrap’s habit to start things off on a serious, dour note, but this needs to be said.

The very essence of education, particularly higher education, needs to be conservative.

Not so that we might produce generation after generation of mindless automatons, wedded to old ways of thinking, but so that cherished civilizational values might survive constant progress and change.

That, after all, is how civilizations both survive and thrive: By applying established values and hard-earned wisdom to expanding areas of thought and technological progress.

But we took our eye off the ball and allowed Western Civilization’s educational institutions to be taken over by our civilizational enemies.

The very schools that were once tasked with protecting and furthering Western Civilization are now, in large part, dedicated to its destruction.

Insanity Wrap doesn’t think the situation is hopeless, but it does need to be corrected — and as quickly and with as much vigor as we can summon.

And now, back to your regularly scheduled snark, silliness, craziness — and just enough hope to keep you from day-drinking.

What’s the Matter with Right with Kids These Days?

That hope we just mentioned? Here it is.

Amid rampant BLM-inspired rioting and looting in Philadelphia, the City Council has passed a bill banning the use of tear gas by officers. https://t.co/FbcvtN3SaP

If the police aren’t allowed to use less lethal means to protect themselves and local property, then they’ll have to use more lethal means.

The result will be more deaths, more protests, and more deaths, in an ever-escalating cycle of awfulness in our nation’s cities.

This, Insanity Wrap believes, is by design.

Previously On Insanity Wrap: This Bud’s for You, Racist

Thanks for Clearing That Up

Insanity Wrap is no fan of alleged Democratic presidential nominee Joe Biden, but out of simple love for country, we’d hate it if the standard-bearer of any party had ever eulogized a KKK Grand Wizard.

So what’s all the fuss about then?

The AP’s crack fact-checking team is on the case:

Byrd never held the post of “grand wizard” in the Ku Klux Klan — a top leadership role — though he was a member of the organization in the early 1940s.

As a young man in West Virginia, Byrd recruited members to a local KKK chapter and was elected to the post of “exalted cyclops” according to his 2005 autobiography.

Byrd was no Grand Wizard, and Biden only eulogized a one-time Exalted Cyclops of the Klan.

So… that’s OK then, what Byrd and Biden both did, and YOU are still the real racist.

Insanity Wrap hopes that cleared things up for you enough that you can return to your little hate-filled lives.

There’s Pro-Choice, and Then There’s Whatever the Hell This Is 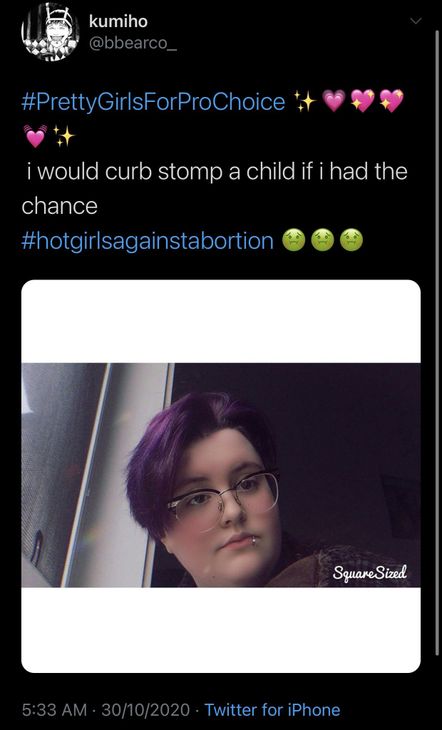 Our Craziest Person in the World (Today) is actually the sanest and bravest.

Insanity Wrap loves this clip. Less for what the protestor says, but for the way he flummoxed a former senator, vice president, and alleged Democratic presidential nominee.

Our political leaders, even the ones from the opposition, are supposed to be better, smarter, and less flappable than what you see here.

And then there’s Joe Biden.

If you thought that last clip was bad, Insanity Wrap can’t wait until you see this one.

The line that really got us was this one: “Spending! We’re gonna roost. And we are gonna reduce prescription drug crisis experts acknowledge.”

There are people in this country more concerned about a Walmart being looted than about an innocent man being killed. Many of them tout the Bible, but “Thou shall not loot” is not in there. “Thou shalt not kill” sure is.

Marianne Williamson is tweeting again (still?) and the results were not pretty.

While Insanity Wrap is no Biblical scholar, we’re reasonably certain that “Thou shalt not steal” extends to looting, even when the police have been naughty.

Caught out, Williamson did try to step back out of her own muck, tweeting back to herself, “Actually, ‘Thou shalt not steal’ is of course in there. But my point about priorities remains the same.”

Insanity Wrap will concede once more that we are no Biblical scholar, but it does occur to us that the Ten Commandments contain no conditional statements.

Something like: “Thou shalt not steal unless there are TVs on display in a store window at a location convenient to the partly violent riot you’re attending.”

Or: “Thou shalt not kill, but running up at a cop while brandishing a gun or large knife is kosher, yo.”

Neither one of those exactly ring true to our (admittedly imperfect) understanding of the Old Testament.

Our history buff friends will understand.

Everyone else needs to do a little light reading on the 1939-40 Winter War between the Soviet Union and Finland.

The Finns might have lost, but they were badass from start to… Finnish.

Previously On Insanity Wrap: Video Proof that Trump Is the Funnest POTUS Ever