Insanity Wrap #77: Video Proof that Trump Is the Funnest POTUS Ever

Insanity Wrap needs to know: Is it fun to stay at the M.A.G.A?

Answer: You’re damn right it is.

The Greatest Political Ad of All Time

Win, lose, or draw next Tuesday, nobody — and Insanity Wrap means nobody — is having more fun than Donald Trump and his media team.

Walter Wallace was a newlywed, a dad with a new kid coming, a son, a friend to many. He had a full life and is more than another depressing statistic. Here's the Go Fund me for the familyhttps://t.co/Zm45yRf6Lt

The #BLM Narrative: “Walter Wallace was a newlywed, a dad with a new kid coming, a son, a friend to many.” 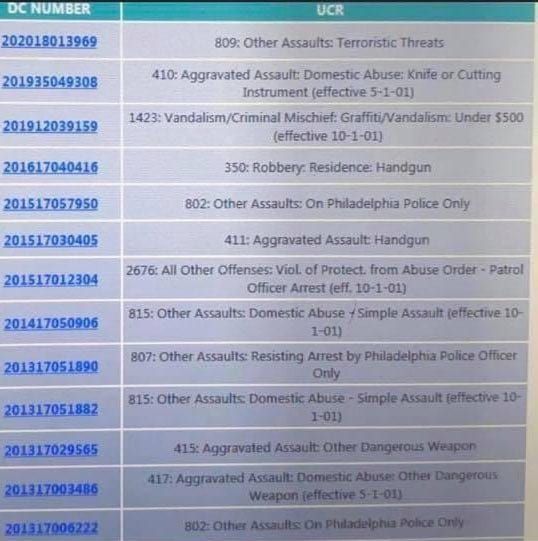 Wallace was a thief, a woman-beater, and a thug.

But let’s get some more cops attacked, businesses looted, and cities burned in his memory because that would be politically expedient for the wealthy Marxists who run Black Lives Matter.

Psst: Somebody Ask Joe How Many Genders There Are

I believe in science.

It's that simple, folks.

Or for that matter, why we should keep schools closed.

How about some actual science — with numbers and charts and everything! — courtesy of our friend Bruce Carroll?

Insanity Wrap is old enough to remember when Sweden was going to kill everyone if they didn’t lock the country down and make people wear full-body condoms to prevent the spread of the Wuhan Flu.

Instead, Sweden pretty much went about its business, while doing what it could to protect the most vulnerable.

And then, just like the “science believers” warned us, everyone in Sweden died. 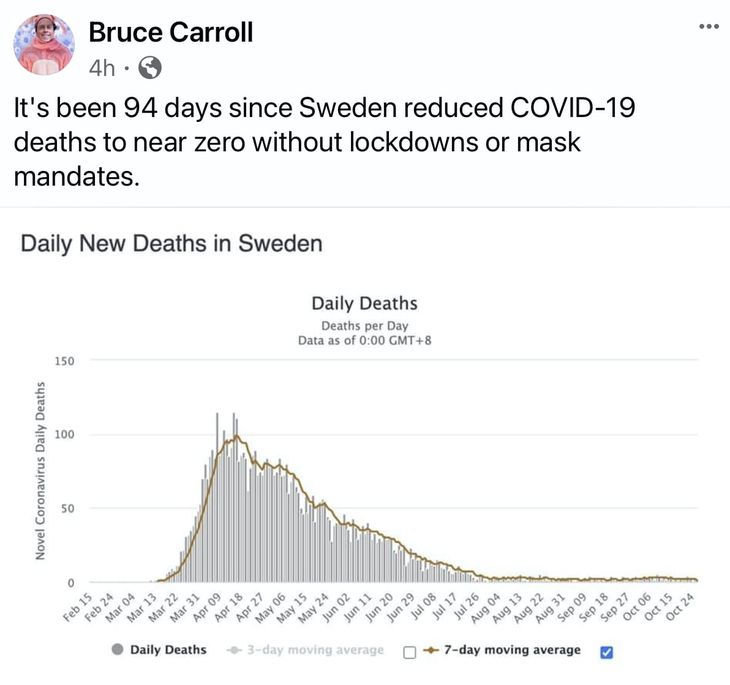 Sweden peaked early, and for months now has enjoyed a minuscule-to-zero death rate from the scary OMIGOD-19 virus.

Insanity Wrap feels certain we already mentioned that Sweden did this without shutting down or mandating masks, but we’d like to reiterate for the slow kids in the back — actually, the slow kids are on the Left.

Now let’s take a look at Spain, where they shut down everything and instituted an indoor and outdoor mask mandate back in May. 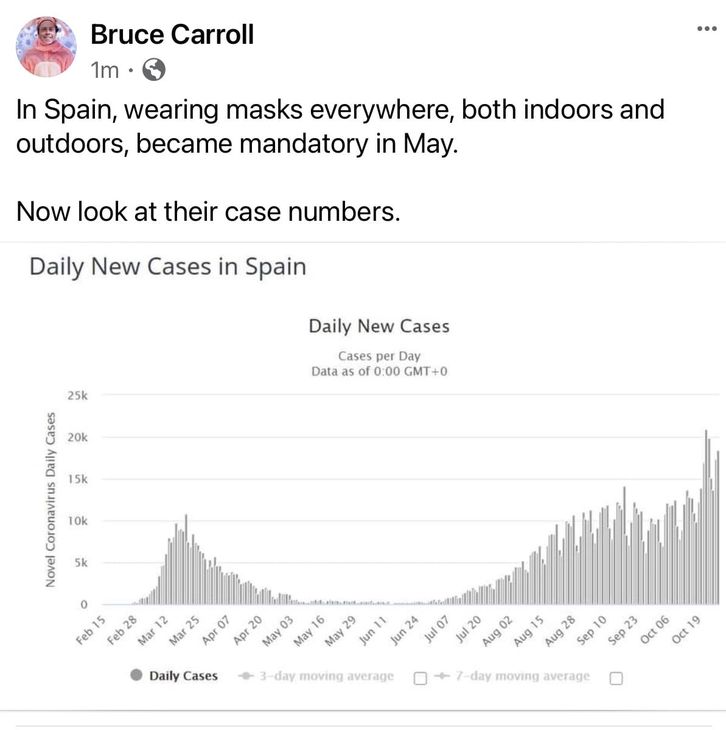 Cases aren’t deaths, of course, so in a sense, we’re comparing apples and oranges.

On the other hand, given Spain’s aged population (median age: 44.9 compared to our 38.4), it’s safe to assume that their mortality rate is quite a bit higher than Sweden’s.

Spain has about 4.5 times as many people as Sweden, but seven times the number of COVID-19 fatalities.

That’s as of last week, but while Spain’s infection rate is spiking, Sweden is pretty much done with the Wuhan Flu.

If Joe Biden loses (PLEASE!) next week, then there will never be an American president from the Silent Generation.

That’s a shame because the Silent Generation has always seemed to Insanity Wrap like a pretty good bunch.

Minus Biden, of course.

But if there’s never a GenX president, this GenXer can tell you why that might be: It’s oftentimes difficult to get a GenXer to vote for a GenXer.

We know ourselves and each other too well for that.

If you need us, we’ll be sniping at Boomers and Millennials from the comfort of our sofa.

The War on Christmas

Police will enter homes and break up Christmas dinners if families break lockdown rules – and there will be riots, predicts police commissioner.

Police chiefs have warned that Christmas family celebrations will be broken up by officers if they flout lockdown rules.

David Jamieson, the West Midlands police and crime commissioner, said officers will investigate reports of rule-breaking over the festive period.

The West Midlands are currently under Tier 2 restrictions, meaning people cannot mix with any other households or bubbles inside.

This reads to Insanity Wrap like the pitch for the worst children’s Christmas movie ever.

Except that instead of Christmas being saved by an adorable team of kids, animals, and talking toys, it ends with Mom and Dad in jail and the kids stuck fending for themselves on Christmas.

We’ll see if there’s any fight left in our British cousins, but Insanity Wrap doubts it.

Today we have not one but TWO things you never have to concern yourself with again: Anything Miles Taylor says and anything anonymously sourced by the New York Times.

A couple details to flesh out the good news:

Two years after the New York Times published an op-ed from what they described as an anonymous, principled conservative “senior administration official,” it turned out to have been written by a low-level bureaucrat who later worked for tech giant Google and gave money to far-left Democrats.

Taylor was the “Senior Administration Official” who made it bigly by anonymously selling his “insider” look at the Trump administration and how he single-handedly saved the nation from Orange Man Bad.

Except as it turns out, “Senior Administration Official” in Taylor’s case really meant “Guy Who Could Maybe Get Into the White House If His Boss Brought Him, But Probably Not.”

Taylor is a lying, self-aggrandizing swamp creature, so naturally, he’ll continue to fit in nicely at CNN.

One will make you feel stupid and rob you of your ambition, and the other is legal to smoke in some states.

Previously On Insanity Wrap: This Bud’s for You, Racist