On Friday night, June 19, a large gathering of demonstrators in Austin, Texas, attempted to storm the city’s police headquarters. The attack came just a little over two weeks after APD officers put their bodies on the line to protect protesters from a truck that was speeding toward them and was feared to be filled with explosives.

The demonstrators on Friday attempted to break into police headquarters during the dwindling daylight hours, chanting “F*** the police!” and holding signs with slogans such as “Pigs Quit Your Job.” Demonstrators quickly surrounded any police officers who attempted to exit the headquarters building and kicked the metal security fence repeatedly. They also threw objects over the fence at officers while verbally abusing them.

After failing to enter the police compound, the demonstrators turned their ire on two available targets: the American and Texas flags flying on poles just outside the headquarters building. In a video broadcast live on social media, demonstrators lowered those flags, wadded them on the ground, and burned them.

They replaced one of the flags with a transgender rights flag of their own, which they later left behind.

A 20-year-old Florida man named Julian Gawel was arrested in connection with the Friday night attack. An investigation of social media channels and handles before they were made private suggests Mr. Galwan is a physics student at the University of Texas-Austin. He has been charged with theft, evading arrest, and resisting arrest. The university canceled in-person classes in March due to the coronavirus pandemic. Because he appears to have crossed state lines allegedly in order to incite a riot, the case has also been referred to the Federal Bureau of Investigations. 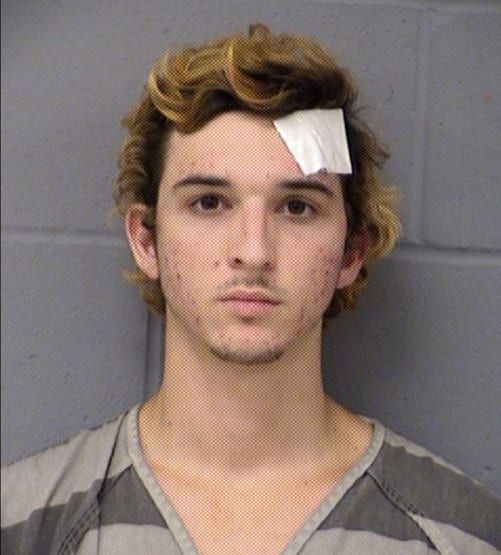 What I would most like the world to realize about these events is that these are not the same protesters who were (rightly) angry about the death of George Floyd. This has evolved into an anarcho-communist mob, who are just trying to take advantage of the situation to further their goal of toppling the government and throwing the country into total chaos. … Officers were actually able to have some productive discussions with the protesters who came out in the days after [the] first major protests. That mostly reasonable and largely peaceful group is gone. All that is left are these folks.