Facebook Is for Pictures of Your Kids and Dogs

Facebook CEO Mark Zuckerberg — much to the surprise of many — may be emerging as a voice of reason in what social media should and should not be doing regarding political information posted on various platforms. Sure, he looks good relative to Twitter’s Jack Dorsey, but so did Josef Stalin.

The role of social media — especially Facebook — in disinformation campaigns and political influence has been a hot topic ever since the 2016 election. It’s a valid discussion, as bad actors and foreign agents will use whatever mass communication tools are available to them. The conversation tends to go off in a lot of ridiculous directions, however, and misses the main point, which we will get to in a moment.

After Twitter had its crippling Trump Derangement Syndrome manifest itself in an idiotic fact check the other day, Zuckerberg weighed in with a bit of surprising clarity on how he viewed Facebook’s role:

“We have a different policy, I think, than Twitter on this. I just believe strongly that Facebook shouldn’t be the arbiter of truth of everything that people say online. I think in general private companies shouldn’t be—or especially these platform companies—shouldn’t be in the position of doing that,” Zuckerberg told Fox News’s Dana Perino.

Facebook has had its share of word and thought policing in the past, so Zuckerberg isn’t exactly a saint on this issue. He does seem to be coming around a bit in the last several months, however.

As the leftist Russian hoax played out, Facebook was made out to be Public Enemy Number One. If one believed the tale that was being spun, Facebook was a witting tool of Russian propagandists that swayed the entire course of an American presidential election. As all of that played out, social media in general was portrayed as some sort of mind control machine that had complete control of the American people.

We have been living in a media saturated age for a very long time now, and the advent of social media has made it even more so. The notion that we are all just automatons dancing to the whims of Facebook and Twitter is patently ridiculous, but that’s what the various thought and speech police would like everyone to believe. 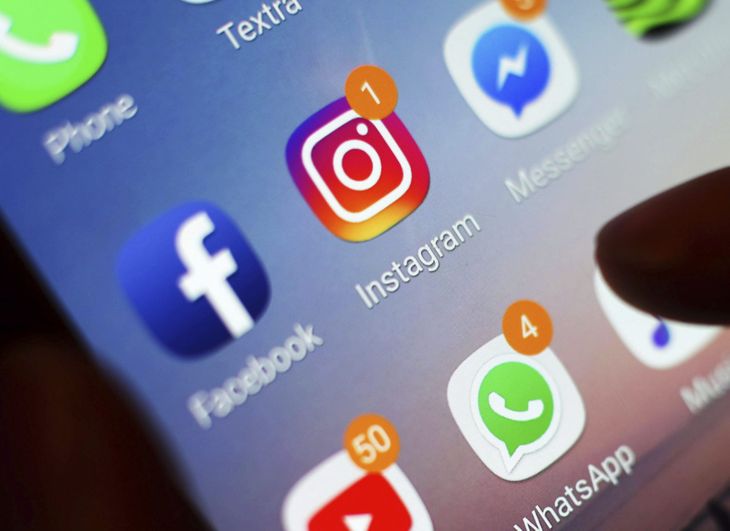 We are now being plagued by the leftist notion that everything can be controlled from the top down. They truly believe that if Twitter and Facebook just police their users’ content properly, they can protect gullible people from wrong information, whether it’s unintentionally or intentionally wrong.

This theory completely discounts the fact that stupid people will always be stupid. No amount of nanny policy from Facebook or Twitter can fix that. Zuckerberg seems to be finally getting that. Twitter CEO Jack Dorsey doesn’t, and probably never will. The leftist approach will always be one of central control. They diminish and discount the worth and power of the individual, but a little faith in the people is what is needed here, and that’s something else that Zuckerberg seems to be getting these days:

Let’s face it, if a majority of the electorate is really that easily swayed by a Facebook post, we’re already lost. Rational people know that most people aren’t taking their cues from social media though.

Even if the thought police were able to sanitize Facebook and Twitter to save the masses from themselves, how are we to monitor the various other influences in the big bad world that may lead them astray and make them vote Republican?

Any incursion into the realm of speech policing should be dealt with quickly. Many will no doubt react to this by being dismissive of Facebook and Twitter simply because they aren’t on either platform. That doesn’t change the fact that both are still major players in the modern information society. We can’t let those who would erode basic freedoms get a foothold in social media.

Fortunately, it looks like Zuckerberg is more interested in finding new ways for Facebook to make money than he is in controlling its users these days. It looks good relative to the way he used to be and sometimes we have to look at baby steps as a real victory.

I’m on Facebook for the same reason most people are: to keep track of everyone’s birthdays. OK, I brag about my kid there too. I don’t do any politics over there. I certainly do take anything political I read there with a grain of salt, as I suspect most people do. I’m not worried that one incorrect political post is going to flip votes all over the place.

Facebook is still the largest of the social media platforms by far, so it would be nice if Zuckerberg is sincere about his recent comments and he sticks to them going forward.

Our enemies will keep using Facebook and Twitter for nefarious reasons, we just need to keep our eyes open.

Granny Boxwine needs to put her mask back on and shut up. Pelosi Says Twitter’s ‘Fact-Check’ on Trump Didn’t Go Far Enough

PJM Exclusive Interview. ‘If a Business Opens Against a Mandate, You Can’t Come After Their Kids. You Can’t Threaten Their License.’

Libs aren’t upset about lack of social distance during riots. Woman in Wheelchair Is Beaten by Minneapolis Rioters Who Then Claim She ‘Deserved’ It

Enemy of the People update: WaPo Is Not Even Pretending to Be Unbiased Anymore

A Ray of Hope in Otherwise Dismal Economic News

Blood on their hands or some crap. Nordic Countries Accelerate Opening and Abandon COVID-19 Testing Plans

Fat, drunk, and stupid is no way to go through life, son. Unemployment Offices in IL Are a Mess and Gov. Pritzker is to Blame

Barr Asks U.S. Attorney to Review Unmasking Before and After 2016 Election

No, Minneapolis Police Officer Derek Chauvin Was Not Photographed at a Trump Rally

What is Russia Doing Sending Warplanes to Libya?

Power and the Pandemic: Was the Cure Worse Than the Disease?

The Battle of Covadonga: Today in History a ‘Mustard Seed’ of Christian Liberation from Muslim Rule Is Planted in Spain

Warren Demonizes Fox as a ‘Hate-for-Profit Machine,’ But She Cites the Real Hate-for-Pay Scam

The Kira Davis Show: Protests and Looting and Karens, Oh My

How The Coronavirus Is Changing NYC’s 2A Community

Glad we ruined everyone’s lives for this. Data: 42 Percent of US Coronavirus Deaths Are Linked to Nursing Homes, Where Less Than One Percent of Americans Live

Criticism of Kayleigh McEnany on Voting By Mail Misses the Mark

Oh, it has. Politico: What If Trump’s Coronavirus Response Has Been Better Than People Think?

Too late. Floyd Girlfriend, Family Plea For Peace: Riot “Would Devastate Floyd … He Loved The City”

Which planet is Toronto on again? Toronto’s mayor proclaims #MenstrualHygieneDay to help end the stigma surrounding periods for menstruators

I mean, she does look better with it on. Hillary Clinton shows off her ‘VOTE’ mask in her new social media avatar and the reviews aren’t good

And then his trainer fed him a cookie. Joe Biden takes to TikTok, says we have to wear masks, outside, even if there’s nobody else around

Red agate and white opal with botryodial chalcedony from central Nevada. This is not a cheesecake pic.twitter.com/uaci6Xwq3V

One night after I got done headlining a gig in Connecticut I decided to get some dinner before heading back to New York. There was an Italian place that looked good but it was packed. The owner was at the door and invited me to eat with him. Near the end of the meal, he very kindly said, “You’re not the only celebrity here tonight, you know. Gene Wilder is in the back. He comes here every Thursday. Would you like to meet him?” I got to talk to Wilder for a few minutes and he was one of the most gracious famous people I’ve ever met. He spoke so softly I had to lean in to hear him. It’s a very cherished memory.

I worry about my summer body.

PJ Media senior columnist and associate editor Stephen Kruiser is a professional stand-up comic, writer, and recovering political activist who edits and writes PJ's Morning Briefing, aka The Greatest Political Newsletter in America. His latest book, Straight Outta Feelings, is a humorous exploration of how the 2016 election made him enjoy politics more than he ever had before. When not being a reclusive writer, Kruiser has had the honor of entertaining U.S. troops all over the world. Follow on: GETTR, MeWe, Gab, Parler,
Read more by Stephen Kruiser
Tags: FACEBOOK FREE SPEECH MARK ZUCKERBERG SOCIAL MEDIA TWITTER