'If a Business Opens Against a Mandate, You Can't Come After Their Kids. You Can't Threaten Their License.'

In an exclusive interview with PJ Media Wednesday, Lindsey Graham, the owner of Glamour Salon in Salem, Oregon said she has continued to fight, while setting up a new foundation to help other small businesses fight back. She has also filed a tort claim with the state and various agencies that subjected her to coordinated harassment, informing them of a future lawsuit.

Graham reopened her salon earlier in May, in defiance of the lockdown orders of Governor Kate Brown (D-Portland) in the midst of the CCP coronavirus pandemic. In response, the state used the full weight of the government to harass her into compliance.

Graham says she was targeted by Child Protective Services (CPS), Occupational Safety and Health Agency (OSHA), the state licensing board under Oregon Health Authority (OHA), and by a social media mob fueled by political outrage.

The tort claim will focus on the state violating Graham’s civil rights. “We gave them what’s called a tort claim ,” Graham said, “which is letting them at some point we are going to take legal action against Kate Brown, the state, CPS, OSHA], health licensing, all in one, for harassment and bullying and government overreach. We haven’t nailed down everything that we can go after them for, but essentially violating my civil rights. I became a target for the state and here’s all the different ways.”

Making the agencies defendants in the same suit will subject them to discovery laws, so at some point she expects to find out who coordinated all the attacks she endured from state agencies. 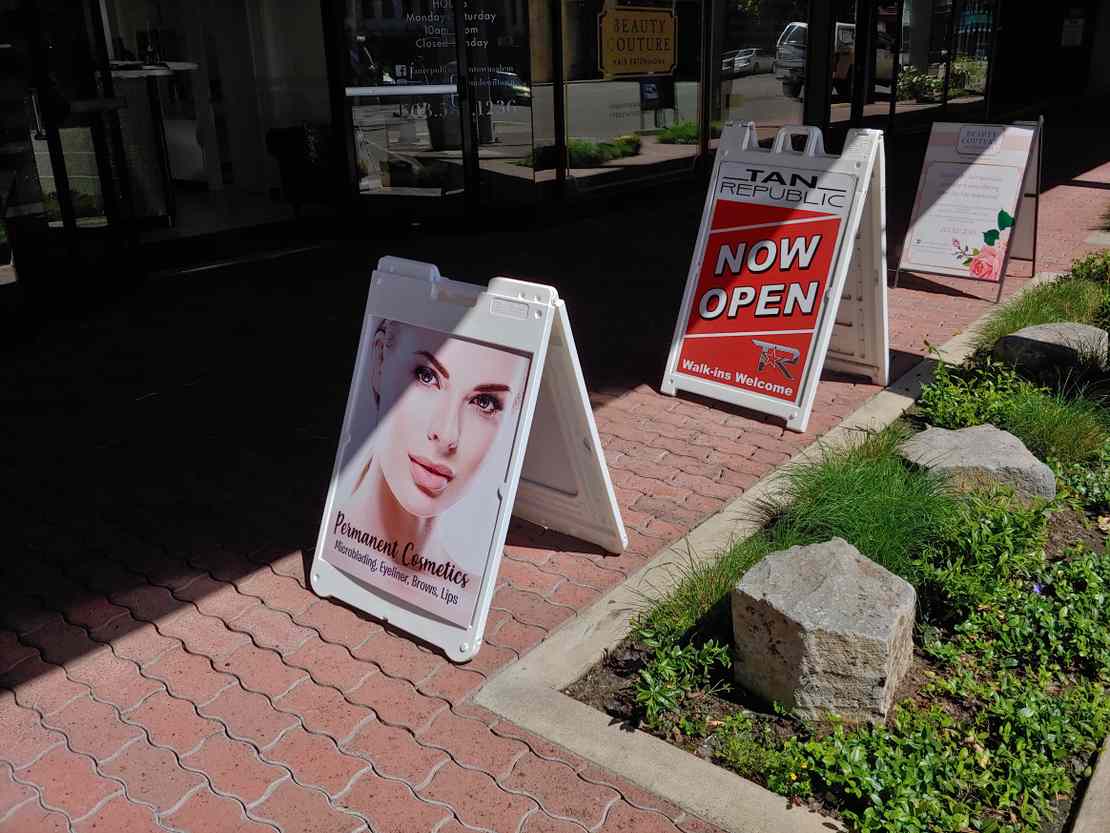 When pushed, Graham talked about the emotional toll this harassment campaign took on her and her family. “[CPS] closed the case. Unfortunately, that doesn’t mean anything to me. I still went through what I went through, what my children went through. I’m not okay that that opening my salon and trying to work for a living has now created, you know a lifelong mark on my record.”

Being called a murderer by the social media mob also took its toll. “I hate to play the victim because I did make the choice that I made to stand up and do it publicly,” Graham said, “but yeah, it’s been pretty emotional for my entire family. My husband’s had to really pick up slack at home while I’m trying to fight this fight on behalf of all small business owners across America, and that’s a big role to play and with that came a lot of scrutiny on social media.

“A lot of hate, a lot of name-calling, a lot of just personal attacks on me. My looks, my family, how I conduct myself from people who don’t know who I am. I don’t appreciate that at all.”

To help others fight back, Graham has decided to take the GoFundMe accounts set up in her name and form a legal assistance foundation. “That was officially filed yesterday,” Graham said. “It’s called Glamour Institute for Freedom. It’s a 501c3 nonprofit organization. We just laid out the bylaws, which is that the main purpose of the nonprofit is to assist other small businesses in a legal fight that prevents government overreach.

“So the first goal is my personal lawsuit against the state, which if it succeeds, will set a precedent that if a business opens against a mandate, you cannot attack them and go after them, you can’t come after their kids. You can’t threaten their license. It’s our civil right and our human right to earn a living and open our businesses. It’s our right not to go bankrupt because Kate Brown says so.”

Glamour Institute for Freedom will not provide cash assistance for struggling businesses, according to Graham. Instead, if a business must take up a legal fight against draconian shutdown orders, the Institute will provide assistance for legal fees.

The entire interview is fascinating. You can listen to the full half hour by clicking here.

Jeff is the author of the book, Behind the Curtain: Inside the Network of Progressive Billionaires and Their Campaign to Undermine Democracy, available at www.WhoOwnsTheDems.com. You can follow him on Twitter @ChargerJeff, Facebook at his author page, Parler at @RealJeffReynolds, and on Gab at @RealJeffReynolds.
Read more by Jeff Reynolds
Tags: OREGON PANDEMIC CCP
SHOW COMMENTS