Answer: Neither does the Washington Post. Or the New York Times. Or CNN. Or…

But we have a mere twelve ten seven four years or whatever to save this crazy world.

What a pity there isn’t some kind of hurricane or volcano or something that instead of causing property damage, sets right leftist thinking.

Today’s craziest person is anyone who still has any trust left for our infotainment industry — formerly known as the Complicit Media, before that known as the Democrat-Media Complex, and prior to that the Mainstream Media.

The link goes to an item by Matt Margolis that you may have already read. If you haven’t, Insanity Wrap urges you to do so.

There was a time, not that long ago, when a newspaper like the Washington Post never would have run something like Fuchs’s incendiary claims without one other source to back it up.

“If your mother tells you she loves you, check it out,” J-schools and crotchety editors used to teach young reporters.

Now it’s more like: “My best friend’s sister’s boyfriend’s brother’s girlfriend heard from this guy who knows this kid who’s going with the girl who saw Trump pass out at 31 Flavors last night, so we can probably run that.”

Worse, whatever the latest chatter is on Twitter is considered a topic worthy of the front page of a major paper. “Well, everyone is talking about it…” is good enough, whether “it” has any basis in reality or not.

Then — as we’re sure you don’t need Insanity Wrap to tell you — all the other papers and networks run with the non-story just because somebody else is.

We’ve witnessed in very short order the “social mediafication” of a news industry that was already suffering from a serious trust deficit.

All Insanity Wrap can advise is this: Cancel your major news media subscriptions, switch them off your TV, close those browser tabs, and delete those bookmarks.

Don’t give them any of your money or attention until they either reform or die.

Whatever your opinion on Donald Trump was, he ran on a platform and then to a greater or lesser degree tried to do those things.

Whatever your opinion is of Joe Biden, that cretin is a say-anything-to-get-elected corruptocrat who — stipulating that he’s actually in charge of his own administration — seems to actually thrill on kicking voters in the teeth.

Or as Ronald Reagan wrote in his own diary about Biden back in the ’80s, “He’s smooth but pure demagog [sic].”

Previously On Insanity Wrap: Six Weeks Since Biden Saw His Shadow and He Still Hasn’t Come Back Out

Can people even do that anymore?

Insanity Wrap is pleased to tell you that our brother and sisters here in Colorado — the ones who still love liberty, America, and red meat — do when we’re taking on Gov. Jared “Karen” Polis:

Gov. Jared Polis’s announcement of March 20 as MeatOut Day has sparked a beefy debate across the state.

On Tuesday, El Paso County became the 26th county to proclaim the same day as Meat In Day.

Nebraska Governor Pete Ricketts is joining in the fun, saying that Polis’s “MeatOut” day is “a direct attack on our way of life here in Nebraska.”

Insanity Wrap is so excited at all of our friends and neighbors eating red meat on the same day that we ordered a new kind of Thai-inspired charcoal to fire up the Weber on Saturday night. (We’ll get back to you on whether “Pok Pok Thaan” charcoal is really worth the hype and money.)

We hope, no matter where you are, that you’ll join us in spirit.

This election was counted.

It was certified by the State of Iowa.

O cruel, needless misunderstanding! O stubborn, self-willed exile from the loving breast! Two gin-scented tears trickled down the sides of his nose. But it was all right, everything was all right, the struggle was finished. He had won the victory over himself.

He loved the Permanent Democratic Majority.

Editor’s Note: This quote has been slightly edited for historical accuracy.

Move the Beijing Olympics — or shun them

Insanity Wrap used to love the Olympics, back when it was a truly amateur event — if only for the decent, non-Communist nations that didn’t cheat on absolutely everything.

So it isn’t as though we care very much what happens with the 2022 Beijing Games.

Just so long as Team USA stays at home.

We know exactly what Beijing is doing to the Uigyuhrs, and it’s a slow-motion ethnic cleansing and/or genocide. If Hitler had had facial recognition, digital social credit, and modern re-education techniques, the Holocaust might have looked much like what Communist China is doing in Xinjiang province.

Had the Holocaust been going on in 1936 and had we known of it, we would never have sent Team USA to Berlin.

Anything this self-described “unabashed advocate for public education” has to say is nothing you need to pay attention to. 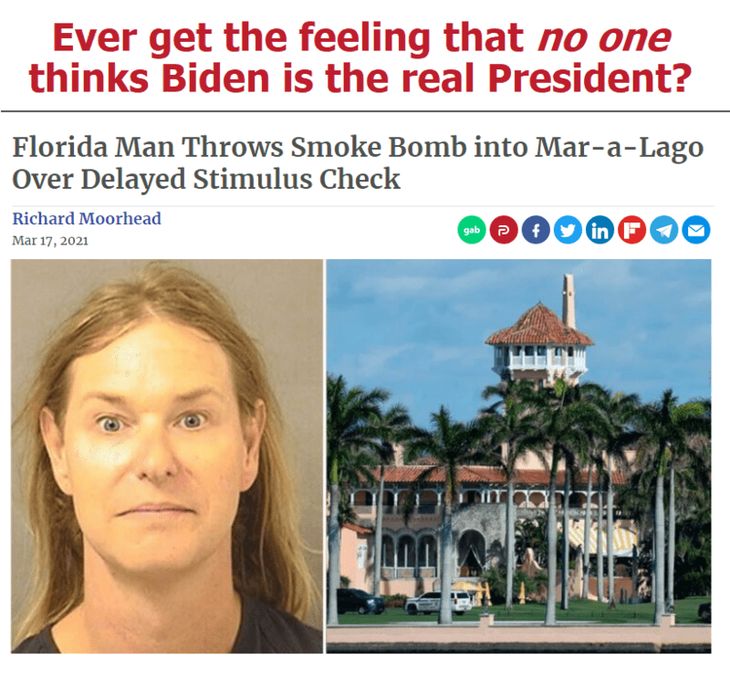 Insanity Wrap is literally figuratively going to laugh ourselves to death.

Just remember to bring scotch and steaks to the wake.

Previously On Insanity Wrap: Did Joe Biden Just Fake Taking a Question from the Press?

Steve launched VodkaPundit on a well-planned whim in 2002, and has been with PJ Media since its launch in 2005. He served as one of the hosts of PJTV, a pioneer in internet broadcasting. He also cohosts "Right Angle" with Bill Whittle and Scott Ott at BillWhittle.com. He lives with his wife and sons in the wooded hills of Monument, Colorado, where he enjoys the occasional adult beverage.
Read more by Stephen Green
Tags: JOE BIDEN JOURNALISM INSANITY WRAP