Answer: The most radical set of eliminations, restrictions, fees, and punishments ever even considered in American history.

Shortly before taking office, I set an ambitious but achievable goal of opening most K-8 schools by the end of my first 100 days. I’ve said all along that this is a national imperative — one that can only be achieved if Congress provides states and communities with the resources they need to get it done safely through the American Rescue Plan.

Insanity Wrap’s fifth-grade son has been back in school full-time for months. Our high-schooler has endured little social life on a two-day-a-week schedule, but will likely be back full-time early in March.

Our district is getting all this done without Biden’s “help,” which comes with plenty of strings attached — including Woke initiatives concerning green energy, health care, and education.

There’s a pittance for you, maybe reopening schools for your kids, and a treasure trove of money and regulations for Democrat pet causes.

Insanity Wrap must call this what it is: Democrats holding millions of kids hostage to get their pork-and-control-laden bill passed.

Insanity Wrap welcomes our new robot overlords, and would like to remind them that as a trusted internet personality, we would like fries with that.

Slightly more seriously, fast-food has been the one job any kid in need of a paycheck — and more importantly, real-world work experience — could get.

#FightFor15 will get rid of those starter jobs, hurting the most those who need the opportunities those jobs create. 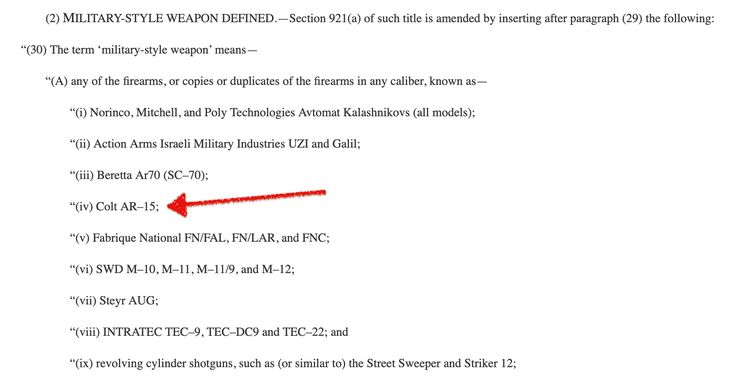 Biden Calls for Gun Control: ‘The Time to Act Is Now’

Today’s craziest person in the world is anyone who thought that Democrats wouldn’t try to ram through a radical gun control agenda despite their slender majorities.

The bill will likely gain steam now that Biden has come out swinging against guns.

In addition to licensing requirements, mandatory psychological evaluations, and registering of all firearms in a national (and publicly searchable) database, Lee’s bill would require a special permit to “own and possess a military-style weapon.”

Insanity Wrap probably won’t shock you with the news that the bill defines “military-style” to include nearly all semiautomatic rifles and pistols.

H.R.127 is so chock-full of infringements that Insanity Wrap has no clue how it could pass Constitutional muster, but with this SCOTUS you just never know.

While the Democrats’ thugs roam the streets of cities like Seattle at will, Democrats would outlaw tens of millions of firearms.

So let’s call this what it really is: The Suburban and Rural Disarmament Act of 2021.

Here’s a reminder of just how ignorant Lee is about firearms:

This thing is an outrage, and Insanity Wrap urges you to contact your congresscritter immediately to tell them to vote against it.

Getting what you voted for, good and hard.

Although to be completely fair, Insanity Wrap is willing to concede that Joe Biden might not remember what he criticized as recently as last year, or have any knowledge of what his administration’s policies are today.

Israel’s largest healthcare provider on Sunday reported a 94% drop in symptomatic COVID-19 infections among 600,000 people who received two doses of the Pfizer’s [sic] vaccine in the country’s biggest study to date.

Health maintenance organization (HMO) Clalit, which covers more than half of all Israelis, said the same group was also 92% less likely to develop severe illness from the virus.

The comparison was against a group of the same size, with matching medical histories, who had not received the vaccine.

There are two ways to gain immunity from a bug: Get vaccinated or get the bug.

Even though Insanity Wrap isn’t in any risk groups, we’ll take the vaccine.

We Are Not Alone

“Where are the aliens?” has been the question ever since we started peering into space with modern equipment.

What if they’ve been here all along?

Researcher Anthony Bragalia made the revelation on his blog UFO Explorations, sharing that he secured more than 150 pages from the US Defense Intelligence Agency (DIA) after the agency responded to a three-year Freedom of Information Act (FOIA) request he submitted.

‘Although much of the reports’ details are redacted, what can be gleaned is that these technologies represent a literal quantum leap beyond the properties of all existing material known to man,’ Bragalia wrote in his blog.

It was only 66 years from the Wright Brothers’ first flight at Kitty Hawk — a flight covering a mere 120 feet and lasting all of 12 seconds — to the Apollo 11 moon landing.

Insanity Wrap would ask you to imagine materials so advanced that 80 years after finding them, we still can’t duplicate them.

Steve launched VodkaPundit on a well-planned whim in 2002, and has been with PJ Media since its launch in 2005. He served as one of the hosts of PJTV, a pioneer in internet broadcasting. He also cohosts "Right Angle" with Bill Whittle and Scott Ott at BillWhittle.com. He lives with his wife and sons in the wooded hills of Monument, Colorado, where he enjoys the occasional adult beverage.
Read more by Stephen Green
Tags: INSANITY WRAP GUN CONTROL