Insanity Wrap needs to know: Is the pen truly mightier than the sword?

Answer: No, but it is mightier than the wall.

JUST IN: Foreign nationals traveling to the U.S. in order to get the COVID-19 vaccine will likely receive it before American citizens -Washington Post

In Insanity Wrap’s imagination, the scene went like this:

Joe Biden’s Mysterious Handler Who May Or May Not Be Kamala Harris: “Bored now. It’s been almost a month. What haven’t we done yet to incentivize even more illegal immigration?”

Homeland Security Secretary Alejandro Mayorkas: “We could try offering free COVID-19 vaccines and let ‘visitors’ jump the line for it.”

Maybe/Maybe Not Harris: “Make it so.”

Mayorkas: “I’ve written an E.O. for just such a contingency.”

Maybe/Maybe Not Harris: “Nice work. What do we have on guns?”

Dust in the Wind

Sometimes, when life hands you lemons and you try to make lemonade, all you get when you start to squeeze the lemons is learning that you had a whole lot of paper cuts on your fingers.

This is one of those times.

Barack Obama governed so much by executive order that we used to joke in 2017-18 that his legacy was written in sand.

Now the shoe is on the other foot, and it’s one of those cruel shoes.

It’s the inevitable result of losing the White House, after holding it with a president who remained an outsider from his own party’s establishment.

Previously On Insanity Wrap: Mainstream Media to Trump, ‘I Wish I Could Quit You’

Overnight, #antifa in Seattle gathered to pile snow on one of the driveways of the Seattle Police east precinct (where CHAZ used to be). They stopped police from being able to drive out to respond to calls during the snow storm. pic.twitter.com/6I3drgphvv

When seconds count, the police are only minutes away.

Except in Seattle during a rare snowstorm, when the police will take even longer to respond because first, they have to dig themselves out of the snow barricade some Antifa thugs piled up to do just that.

Will arrests be made?

Insanity Wrap isn’t crazy enough to believe that, even momentarily.

Looks like the Lincoln Project has stopped asking for more Lincolns, just in time for everyone to have quit giving them money weeks ago.

See what we did there?

According to the Associated Press, Lincoln Project leaders were informed in writing and phone calls of at least 10 specific allegations of harassment against Weaver as early as last June.

The group raised more than $90 million, but more than half of that was spent on consulting companies owned by the group’s founders.

Lefties and RINOs got robbed, but Insanity Wrap is having a hard time feeling anything other than schadenfreude for them. 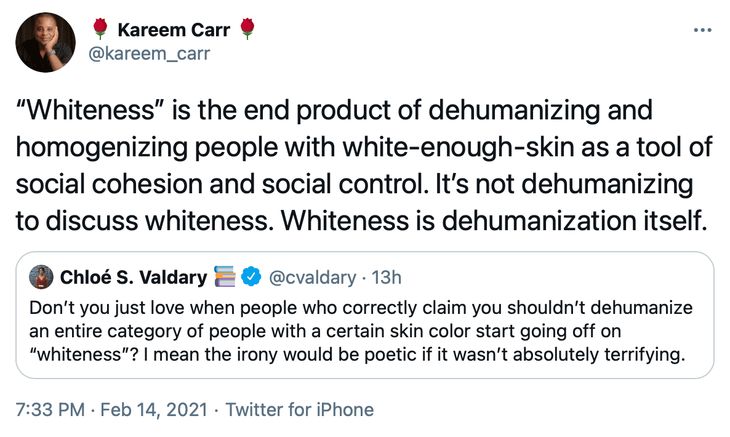 To be white is to be less than human.

This attitude is what the Wokes call “anti-racism” because “racism” was already taken.

Rachel McKinnon has accused her fellow cyclists of poor sportsmanship, is that still a word now? They 'refused to link arms.' Top British cyclist Victoria Hood said that her transgender status, and muscle mass gave her an unfair advantage. McKinnon is over 6' and weighs 14st. pic.twitter.com/AcmGvjdjgv

Insanity Wrap doesn’t have much to add to this story that we haven’t written before on several occasions, but we did have a mean little urge to add a little crazy in with today’s sanity.

Most major outlets are using a variation on the UK’s Pink News headline: “Mississippi ignores experts and votes to ban trans athletes from school sports teams.”

We’re just pleased to report that while “experts” might have been ignored, the needs of girls and girls sports were not.

"Nearly half of Texas' installed wind power generation capacity has been offline because of frozen wind turbines in West Texas, according to Texas grid operators."#Wind #Texas #OOTT

Thanks, we needed that.