Insanity Wrap needs to know: When is an apology not an apology and when is regret not regret and why did Jack Dorsey even bother?

Answer: We got maybe two hours of sleep last night pondering that one, and still got nowhere with it.

Whatever the Mandarin is for “hoist by our own petard,” Communist Chinese strongman Xi Jinping is practically bathing in it.

Insanity Wrap would never try and convince you that Communist China is better than the U.S. — what, do you think we’re a Democrat?

But Mark Zuckerberg, Jack Dorsey, and Jeff Bezos sure handed the CPP enough rope to try and hang us with:

Communist China’s state-run Global Times on Tuesday denounced Big Tech’s censorship of President Donald Trump as an exercise of “US digital hegemony,” demanding tech giants such as Twitter, Google, Apple, and Amazon to recognize the “sovereignty” of other nations in the cyberspace.

The article lambasted establishment forces for uniting to fight their “common enemy” with “unprecedented efforts” by “executing Trump digitally” across social media networks. The rampage ushered apprehension worldwide that could have impact world politics, the piece continued. “Chinese analysts” have reminded the public that “Trumpism won’t disappear.” Instead, the movement “will keep tearing apart the US.”

It pains Insanity Wrap to have to admit this, but for once the CCP mouthpiece isn’t wrong about the U.S.

BREAKING: Biden “Inauguration” is will be a mass arrest event. Sources tell me Space Force will cut feed from inauguration and initiate GBS, allowing Trump to announce crimes against humanity committed by attendees to world. Without cover story, swamp would flee after 1st arrest. pic.twitter.com/6VLojQPuEf

None of this is true, and Insanity Wrap is certain that you already knew that.

So why bother posting it here?

It’s to serve as a reminder that both sides have their share of crazies.

Generally speaking, the Right does a pretty good job of policing our own, as you’ll see from the comically savage replies from Republicans, conservatives, and MAGAs.

The difference between our crazies and theirs is this: The media uses our crazies to paint everyone to the right of Saul Alinsky as a crazy, while their own crazies are nothing more than aberrations.

Insanity Wrap’s 15-year-old nearly shocked the brandy out of our snifter last night when he hit us from out of the blue with a Ben Shapiro quote he’d just read.

We mention this because as often as we find ourselves complaining about GenZ This and Millennials That, it’s mostly because it’s the Woke loudmouths who get all the media attention.

Take your kids or grandkids to the range. Talk sense to them. Mostly, talk to them like they’re grownups — or like you expect them to become grownups.

It seems to be working for the 15-year-old, and Insanity Wrap’s ten-year-old is coming along nicely, too.

See, this sort of lie is OK, apparently.

You get to keep your blue check and your account and there's nothing that says his lie about a Supreme Court seat being stolen is disputed, even.

Ari Berman may tweet whatever he likes, no matter how tenuous his relationship with reality might be, because his lies further the preferred narrative.

Meanwhile, Insanity Wrap was (not) shocked to learn at a meeting yesterday that there are certain phrases we’re not allowed to even mention on this page.

The reason is that a certain social media site’s “fact-checkers” will throttle our traffic — and that they aren’t very interested in discussing the matter with us at all, even when we’re right to use those phrases.

This sort of privatized censorship affects Insanity Wrap’s paycheck and our employer’s ability to stick to its successful business model.

We’re learning to live by Calvinball rules, which would be funny if it weren’t real life.

Today’s craziest person in the world is…

…probably Insanity Wrap, for letting stories like this one give us up.

Still, it does spring eternal:

The Center for Individual Rights filed the lawsuit on behalf of Wang on December 15, and comes after the Department of Education alleged that the university targeted Wang “with a campaign of denunciation and cancellation.”

As Campus Reform previously reported, Wang wrote an academic article for the Journal of the American Heart Association, in which he discussed his opposition to affirmative action policies within the field of medicine.

“You can’t have diversity of thought in here, gentlemen — this is the university!”

Look, if as a country we can rein in the Woke Academy, then we really do have a fighting chance.

And if not, there’s always day-drinking.

Did we ever share our Famous Stripped-Down Bloody Mary recipe with you?

Let us know and we’ll get that fixed in a future edition.

“Having to take these actions fragment the public conversation. They divide us. They limit the potential for clarification, redemption, and learning. And sets a precedent I feel is dangerous: the power an individual or corporation has over a part of the global public conversation.”

Sadly, today’s moment of sanity is just that — a moment.

“I do not celebrate or feel pride in our having to ban @realDonaldTrump from Twitter, or how we got here. After a clear warning we’d take this action, we made a decision with the best information we had based on threats to physical safety both on and off Twitter,” Dorsey wrote.

“Was this correct? I believe this was the right decision for Twitter.”

In other words: Sorry-not-sorry, Mr. President — you MADE us do it.

Insanity Wrap is reasonably certain that Dorsey was coming down off of something when we wrote this. Or just starting to peak on something else. 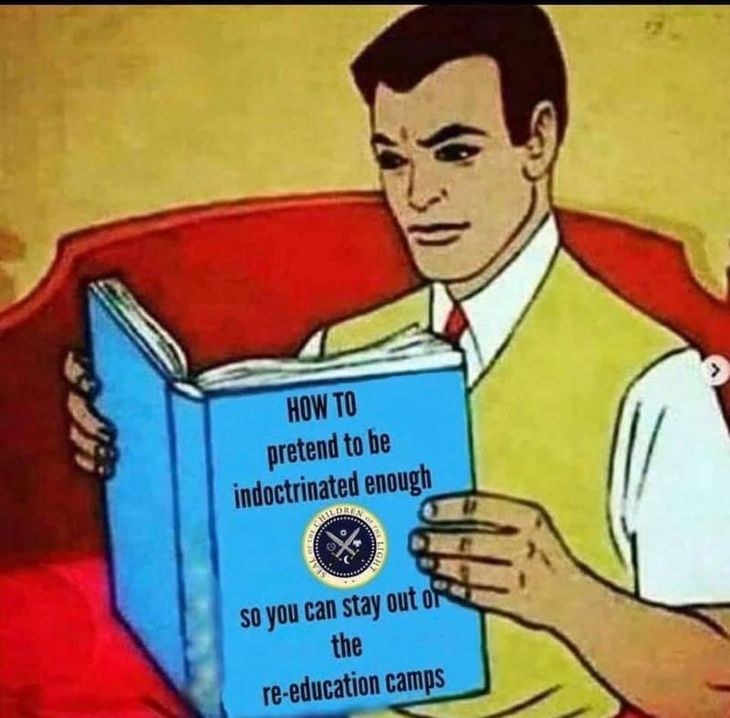 Education so good, you get it twice!