Answer: When he’s Republican Richard Grennell and needs to be shoved aside so Pete Buttigieg can enjoy the media spotlight.

The sheep are cheering on Tom Cruise for berating his movie crew for violating social distancing regs. pic.twitter.com/Eoz38Guox4

Well, that was… illuminating.

Sounds like someone’s car got stalled on the Bridge to Total Freedom.

How Quickly They Forget 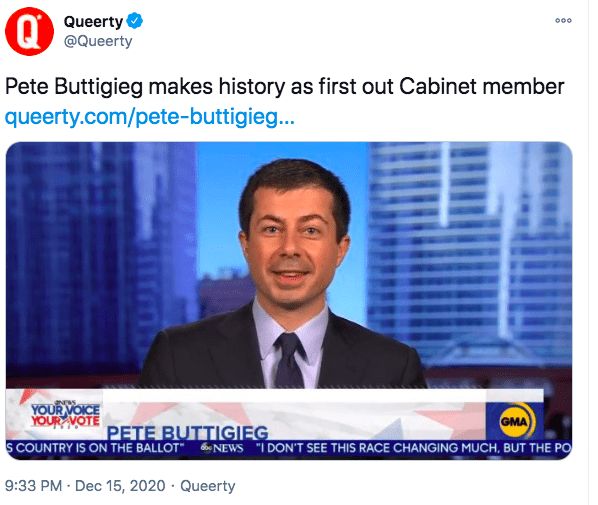 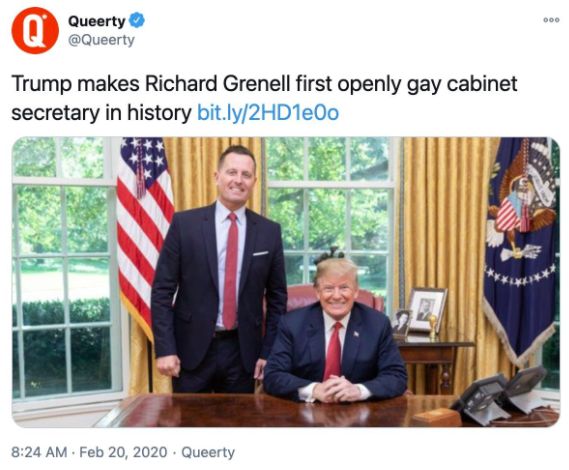 Insanity Wrap tips our hat to Matt Walsh for the find.

Insanity Wrap must thank our friend Emily Zanotti for wading through this muck with an intrepidness we could never muster.

You may thank Insanity Wrap later for keeping this excerpt as brief as possible.

Writer Noah Berlatsky united typically warring political factions on social media on Monday after suggesting on Twitter that “parents” are, as a whole, an “oppressive” class, who commit atrocious acts of abuse on the level of economic repression and racism.

“parents are tyrants,” Berlatsky opined. “‘parent’ is an oppressive class, like rich people or white people.”

You’ll be shocked, shocked to learn that capitalism is what ails children.

“the mechanics of the family and of capitalism are not separable,” he concluded.

While Insanity Wrap would never paint with such broad strokes as to insist that everybody with daddy issues ends up either a socialist or in pr0n (or both), some days it certainly does seem that way.

Nothing — NOTHING — About the COVID Lockdowns Is Sane

You know what happens when you cut off people who are drinking and having a good time? They take the party back to their tiny hotel rooms or apartments. Where the transmission rate is 75% vs. 17% in restaurants.

Needs to be a deep dive on covid response after dust settles. https://t.co/QGQjBaS828

What is there to add to this, aside from maybe pitchforks, torches, and hordes of angry villagers?

Hate Speech Is… Speech I Hate

Insanity Wrap would remind you that not being able to clearly define what is legal or illegal is the big fun of modern leftism.

As Ayn Rand warned you in Atlas Shrugged more than half a century ago:

“Did you really think we want those laws observed?” said Dr. Ferris. “We want them to be broken. You’d better get it straight that it’s not a bunch of boy scouts you’re up against… We’re after power and we mean it… There’s no way to rule innocent men. The only power any government has is the power to crack down on criminals. Well, when there aren’t enough criminals one makes them. One declares so many things to be a crime that it becomes impossible for men to live without breaking laws. Who wants a nation of law-abiding citizens? What’s there in that for anyone? But just pass the kind of laws that can neither be observed nor enforced or objectively interpreted – and you create a nation of law-breakers – and then you cash in on guilt. Now that’s the system, Mr. Reardon, that’s the game, and once you understand it, you’ll be much easier to deal with.”

Insanity Wrap doubts these college kids have read any Rand — or much else they weren’t spoonfed. But their ignorance makes them ripe to support the very kind of vague and un-observable laws that Dr. Ferris was speaking of.

What is hate speech, you’ll ask?

They’ll tell you at your sentencing before the People’s Tribunal, hater.

‘I’m Not Saying They’re Not a Bunch of F*ckers’: Biden’s Deputy Chief Defends Desire to Work With GOP https://t.co/o1tdYq4Yh8

‘I’m Not Saying They’re Not a Bunch of F*ckers’: Biden’s Deputy Chief Defends Desire to Work With GOP

Today’s craziest person in the world is anyone who bought into that “unity” nonsense peddled by Biden, Inc. (A Majority-Owned Subsidiary of the CCP).

“The president-elect was able to connect with people over this sense of unity,” O’Malley Dillon said in the interview, which was published Tuesday. “In the primary, people would mock him, like, ‘You think you can work with Republicans?’

“I’m not saying they’re not a bunch of f–kers,” she clarified, saying that she believed Senate Majority Leader Mitch McConnell (R-KY) was “terrible” and adding, “From start to finish, he set out with this idea that unity was possible, that together we are stronger, that we, as a country, need healing, and our politics needs that too.”

“Healing” and “a bunch of f-kers” in the same short statement.

Insanity Wrap feels so much stronger and healed and unified with our despicable new overlords, don’t you?

The Beatings Will Continue Until Morale Improves

New York City Kommissar Bill De Blasio — who insisted just two days ago that it’s perfectly safe to ride the subway — also warned, “There’s the potential of having to do a full pause, a full shutdown, in the coming weeks, because we can’t let this kind of momentum go.”

Close down all the things!

Insanity Wrap has a question for you, Billy-boy.

Doesn’t exactly boggle the mind, does it?

What would you rather put in your mouth: A fork with food on it at most any NYC dining establishment, or literally anything you found on an NYC subway car?

Think about it, Wilhelm, but not too hard.

Have You Met Benito Cuomo?

Whatever Democrats say about the merits of democracy, they’re lying.

Case in point is this little tidbit Insanity Wrap found in the second-to-last paragraph of the previously linked item regarding De Blasio, New York Governor Andrew Cuomo, and the legality of the lockdowns:

Any decision on a full shutdown is ultimately Cuomo’s to make under the emergency public health orders the governor issued in the spring, during a slew of disagreements with Hizzoner over the initial imposition of coronavirus restrictions.

Fox News turned into CNN so quickly it made our head spin.

Previously On Insanity Wrap: Pray That Joe Biden Isn’t an Honest Politician Who Stays Bought by the CCP