Insanity Wrap needs to know: Is it Russian collusion to trash talk an American president on a Russian propaganda “news” outlet?

Answer: Not when the right people do it, comrade. 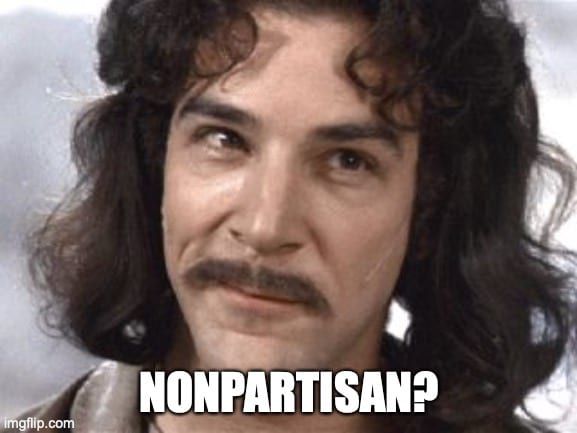 According to Jack Houghton of Sky News, the platform’s fact-checking certifier Margot Susca retweeted the claim that racism is “embraced by nearly half of the country’s electorate” in America, called herself a member of Hillary Clinton’s “team” in 2019, and on Russian propaganda network RT she insisted that the U.S. president’s speeches should not be broadcast. Susca is an American University journalism professor and has been a “certifier” for the International Fact-Checking Network since 2017.

Insanity Wrap needs to see if we understand this correctly.

Facebook hires the most hateful (not to mention ignorant) kind of partisan to certify their fact-checking efforts.

So the person who has gone on a Russian propaganda network to demand that Trump be silenced is tasked with fact-checking claims that Trump is a Russian tool.

Journalists — some of whom might even have been trained by this very same person — can then report with a straight face that Trump is a Russian tool because it’s been fact-checked on Facebook.

Insanity Wrap would remind you that three years of digging by Congress found no Russian connection, and that the entire RUSSIA RUSSIA RUSSIA narrative was concocted in the closing days of the Obama Administration for the sole purpose of fatally wounding President Trump politically before he was even sworn in.

Try and tell that story on Facebook — you know, the true story — and you’ll get yourself shadow-banned or even officially silenced.

You don’t need Insanity Wrap to tell you that the fix is in, but we will keep providing you with fresh examples of it.

The city of Portland has negotiated with the BLM-antifa at the autonomous zone and reached an agreement. The details of that deal aren’t known but antifa have now agreed to let the barricades come down.

The area is absolutely trashed.

This is what happens when Communists take control over anything, anywhere: They trash it.

The difference between a Communist and an ordinary vandal is that the vandal doesn’t insist — at gunpoint or worse — that you recognize his moral superiority over you.

Insanity Wrap will have none of it, and we hope neither will you. 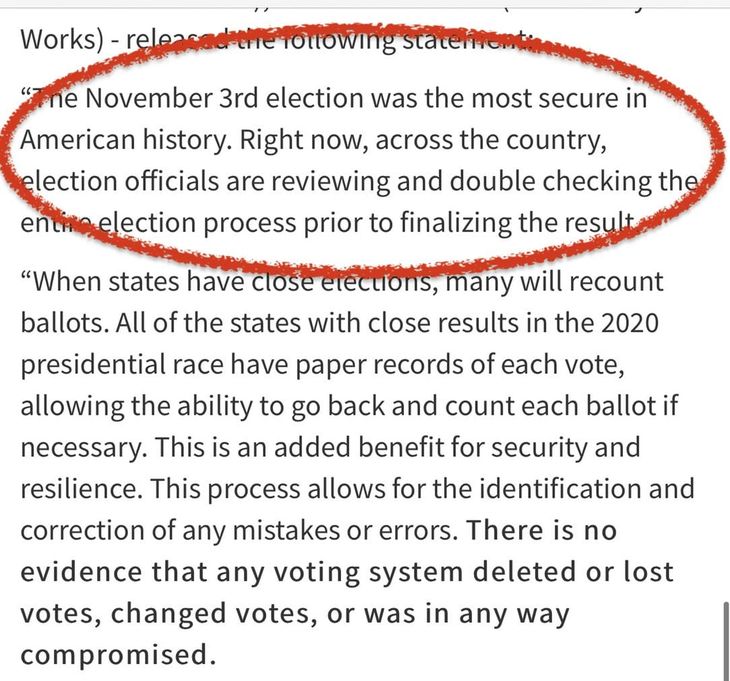 As it turns out, “Dominion Voting Systems uses SolarWinds products and it is still not powered down.”

Today’s craziest person in the world is anyone who can reconcile these two diametrically opposed ideas — that security firms like SolarWinds suffered serious hacks and that the election was secure — without their skull literally exploding.

This comes to Insanity Wrap via Tracy Beanz who asks, “Hey, Chris Krebs, care to answer how US government systems were penetrated here but somehow this election was the most secure in history?”

Insanity Wrap is pleased to report that Tracy’s skull will not be exploding.

Our friend and colleague Jazz Shaw wrote earlier today that “our electoral processes need to be fixed well before 2024.”

And Jazz is right.

The problem is, how do you get those processes fixed when it’s in the interests of so many members of the Democrat-Media Complex that they not get fixed?

Insanity Wrap plans on losing lots of sleep in the coming months, pondering just that question.

We’ve Been Had, All of Us

This is one of the most damning charts on COVID. It comes directly from the CDC.

We hear a lot about excess mortality. If you just limit it to the age group under 65, you can see it rapidly falls to even or *below* modern averages.

You do NOT shut down your country for THIS!🔻 pic.twitter.com/D5eW8Xu9ph

As we’ve been saying for months now: Care for the sick, protect the vulnerable, don’t be stupid — and carry on. 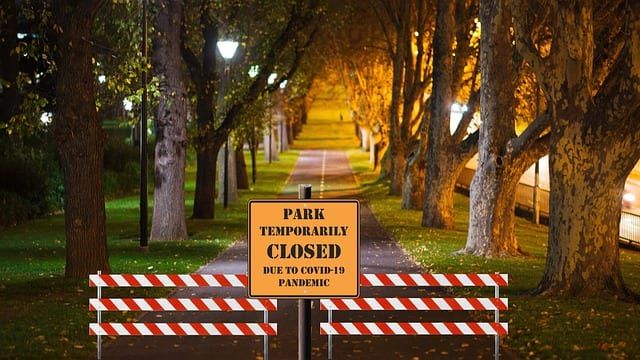 Insanity Wrap officially gives up on computer models, with the possible exception of a digitized Elle MacPherson.

In order to be able to have a glimpse of what would happen with the expansion or the of a viral contagion like [COVID-19]. That’s the first issue. These kinds of statisticians, often enough, they tend to marry the reality that they have painted as though it was the real thing. But the second problem, is of course, that there are competing models, in that we seem to have honed in on one — and one alone — [which] happens to be the scariest one.

Remember, gentle reader, that the lockdowns were originally ordered last spring based on a model created by a sole British epidemiologist who broke the distancing rules himself. That model was quickly discredited as a “buggy mess that looks more like a bowl of angel hair pasta than a finely tuned piece of programming.”

And yet here we are again.

Shut Up, The Explained

Over the weekend @Facebook has decided to shadow ban our page for for reason we have no violations on our page with over 85 thousand likes bringing our reach to nearly zero!

We’ll see much more of this in the U.S., now that “President” Biden is all but a sure thing.

The people of Mossyrock, Washington, are fed up with the lockdowns in their state. They held a rally where residents were encouraged to defy the lockdown and visit local restaurants to dine. They are refusing to comply with the ban on indoor dining.

Mossyrock Mayor Randall Sasser said he had talked with people from around the state who had come to help out. Local King5

reported on the event where one protester said, “They’re frustrated at being told what they can and can’t do in their homes, where they can and can’t shop,” Melis said. “Wal-Mart and Target, and all these big box stores are open, but little mom and pop shops can’t be open…that ain’t right.”

It ain’t right, but Insanity Wrap can’t help but think that it’s entirely on purpose.

Set the Wayback Machine to 2002, and alleged documentarian Michael Moore explaining his hatred of small business:

Moore seemed to embrace capitalistic Darwinism. “You know in my town the small businesses that everyone wanted to protect? They were the people that supported all the right-wing groups. They were the Republicans in the town, they were in the Kiwanas, the Chamber of Commerce – people that kept the town all white. The small hardware salesman, the small clothing store salespersons, Jesse the Barber who signed his name three different times on three different petitions to recall me from the school board. F**k all these small businesses – f**k ’em all! Bring in the chains. The small businesspeople are the rednecks that run the town and suppress the people. F**k ’em all. That’s how I feel.”

In 2020, we’ve learned that Big Government and Big Business are so deep into bed together that they’re doing things you can’t even show on adult websites.

“Sniffer on a Swiffer.”

Thanks, we needed that.