Insanity Wrap needs to know: Wouldn’t it be nice if just once the media reported on little things — like Democrat politicians sleeping with the enemy — before Election Day?

Answer: It’s been so long we can’t remember if that would be nice or not.

Ya know, there’s actually a tiny part of me that wants to congratulate @RepSwalwell for getting a real, live woman to be intimate with him, even if she was a Chinese Communist spy. It’s gotta be so much harder for him now after he shat himself on live TV.

Insanity Wrap believes this tweet needs to be engraved in stone and given a prominent location in the Capitol building rotunda.

Clearly, Trudeau is either stoned or stupid or both.

The People’s Liberation Army—known for such atrocities as the Tienanmen square massacre—were invited for cold weather training at CFB Petawawa, Ontario.

The revelations come from a 34-page access to information document dubbed “The China Files” and released to Rebel News.

The cold weather training was canceled by the Canadian Armed Forces, which sparked an angry response from Trudeau, who “demanded that Canada’s military not cancel any more engagements with the PLA without explicit permission first, and that the news of the cancellation had to be told to the PLA gently.”

Insanity Wrap is being only slightly hyperbolic when we ask: Is Trudeau trying to get Canada invaded?

Not by Communist China — by us.

Insanity Wrap realizes that the last time the U.S. tried to invade Canada it didn’t go very well for us. But that was a long time ago, and much has changed since the War of 1812.

For example, since then we’ve developed the world’s most lethal and most mobile large military, complete with stealth bombers and ships armed with frickin’ laser beams.

So we have that going for us, which is nice.

Slightly more seriously, if Canada were to insist on inviting troops from a hostile power into their territory, we might have to seriously reconsider our relationship with Ottawa.

We almost invaded Cuba once over a few Soviet missiles, and we did actually impose a naval blockade on the island nation until those missiles were removed.

This is serious business, but Trudeau is not a serious person. Those are all the elements one needs to stumble into disaster.

Insanity Wrap would ask how a decent nation like Canada could ever stick themselves with a tragic-comic muddle-headed buffoon like Trudeau, but then we look at the increasing odds that Joe Asterisk will be sworn in as our president next month, and we realize we’d be the pot calling the kettle a cooking implement.

Getting to the Bottom of Portland’s Troubles

Having a safe place to use the restroom is a human right. The new signs on the 120 portable toilets and handwashing stations placed around the city remind everyone to be empathetic and kind to those who need these facilities. https://t.co/CieZtCvqg4 pic.twitter.com/vNiL3sBK4a

Insanity Wrap has long planned a mini-rant on how objects can’t be rights, but we’ll save it for another day.

Preferably, a day when we aren’t laughing so hard at Mayor Ted Wheeler’s toilet-based version of virtue signaling.

Previously On Insanity Wrap: Attack a Cop, Get Shot — Memorialized By BLM, Too

Maybe Insanity Wrap is crazy for believing this, but we’re pretty sure that the way to get more of something is to punish it less. We also believe that the worst time to punish something is when you absolutely need more of it as quickly as possible.

As crazy as this:

Small businesses in Seattle reeling from violence and draconian coronavirus lockdowns are now set to face yet another setback from the city’s leadership, which plans to institute what the Seattle Metro Chamber of Commerce is calling an “unconstitutional tax on the right to earn a living.”

In a new lawsuit against the city, the Chamber of Commerce states: “amid one of the most severe financial crises the City has ever experienced,” the Seattle City Council passed a bill that imposes a “payroll tax” on employing workers in the city all “while Seattle businesses reel from the havoc wreaked by the COVID-19 pandemic.”

According to the Westphalian Times, the suit alleges that “The Ordinance’s drafters carefully avoided the word ‘wages’ in nominally characterizing the Ordinance as imposing a tax on ‘every person engaging in business within Seattle.’… In substance and in truth, the Ordinance’s taxable incident is the right to earn a living — which the Washington Supreme Court has already ruled cities may not do.”

The story notes that over 200 stores and businesses have shut down permanently since the COVID lockdown began, and now the city will impose a tax of dubious constitutionality on the still-struggling survivors.

Insanity Wrap would have you note that Seattle Mayor Jenny Durkan took the cowardly course of letting the ordinance go into effect without her signature, and that she’s also too cowardly to face the voters for reelection next year.

All of which is a very long-winded way of saying that today’s Craziest Person in the World is literally every single person who will vote for Durkan’s sure-to-be-just-as-far-left-progressive successor.

People didn’t believe me when I warned antifa weren’t going to be pacified if Trump lost the election. Now police are unable to reclaim territory in a major US city & are asking public to simply avoid the area. https://t.co/fLi7XPBMvz

Insanity Wrap believed Andy Ngo when he said that.

In fact, if you’ll recall, we were saying much the same thing: Having released the antifa genie from the bottle for short-term political gain, we predicted the Left was going to have an impossible time forcing the genie back in.

And here we are, exactly as foretold in the prophecies.

Well, as stated in the blog, but whatever.

Nick Ahamed, Director of Analytics and Strategist at Priorities USA did a study on election ads on Twitter. According to a Daily Beast article, they tested 500 ads, but isolated themselves to five ads by The Lincoln Project, the infamous Never Trumpers who made it their goal to destroy President Trump’s re-election and get former Vice President Joe Biden elected. These geniuses also poured money into unseating Senators Susan Collins and Mitch McConnell, and flipping several House seats.

Hindsight says they are 0 for 4, and the first one is still up for grabs. Either way, one didn’t need a test study to see that The Lincoln Project cannot claim any successful track record on this.

Insanity Wrap is happy to inform you that plenty of gullible #NeverTrumpers and assorted lefties wasted tens of millions of dollars on the Lincoln Project to no avail.

The bad news is that Rick Wilson & Co. did line their pockets — and handsomely, too.

Maybe they even took enough money off the top to buy themselves some ice water in Hell. 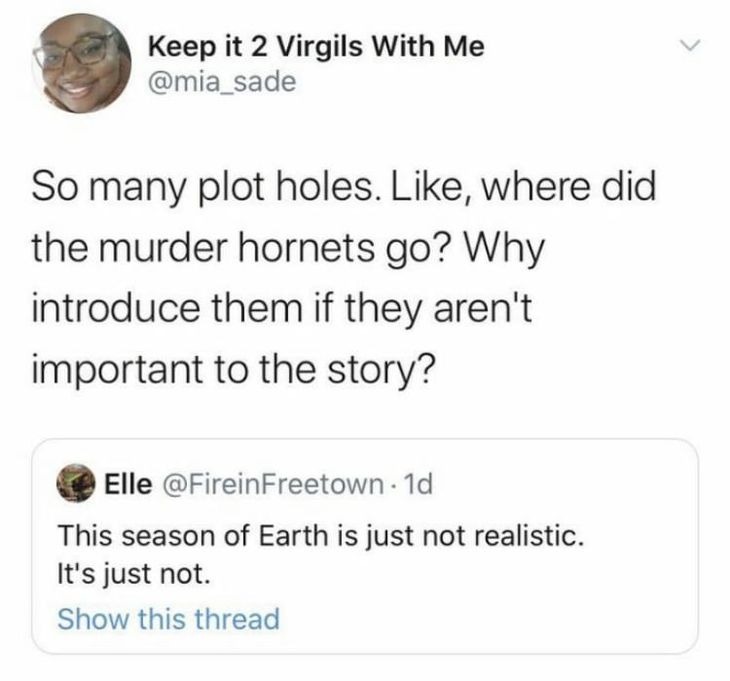 If you think of 2020 as a particularly bad season of a poorly-written sci-fi series, it all starts to make sense, doesn’t it?