Insanity Wrap #96: Communist China Lies Worse Than Our 10-Year-Old Does

Insanity Wrap needs to know: What does it take to get a Communist to tell the truth?

Answer: No, you may not use a car battery and nipple clamps.

The number of Democrats and Independents who said they'd get the vaccine right away spiked after the election. https://t.co/79DjvIYQyK

Under President Donald Trump, a great number of Democrats and independents found a Wuhan Virus vaccine to be too risky.

Insanity Wrap posits that the only thing that’s changed since November 4 is the media’s tone.

Insanity Wrap loves a peaceful protest that is actually peaceful, as opposed to the partly violent riots enjoyed so frequently by the residents of Portland.

Here’s one of the former:

Castle Rock has officially declared its opposition to the state’s decision to move Douglas County to “Level Red” on the COVID dial and says it will not participate in enforcement of Level Red restrictions.

Town council voted four to one in favor of the resolution at a special meeting Tuesday night. Following its passing, Castle Rock will now send a letter to Gov. Jared Polis stating the town’s position.

The letter says, in part, “we oppose our county’s apparent unequal treatment and move to Level Red. We reiterate our request that you help our community’s local restaurants by allowing indoor dining in Douglas County to reopen at some viable percentage, as outdoor-only service is simply impractical this time of year.”

Castle Rock is a fairly well-to-do and very fast-growing exurb of Denver. There’s a surprising amount of good food for a town of fewer than 70,000. Since it’s only a 20-minute drive from Insanity Wrap’s bomb-proof family bunker/adorable dog compound, you’ll often find us in Castle Rock enjoying some bistro fare or an oversized bowl of pho.

Last week, we ate our pho outside in 40° weather, because what else were we going to do?

We couldn’t be happier that the City Council has told Denver where to stick their Level Red.

Insanity Wrap is going back to bed after this, and by that we mean we’ll be under the bed.

Self-destructing assassinbots are usually the stuff of science fiction or bad spy stories with enough cheese to make the entire nation of France say, “Thanks, but we’ve had enough.”

So it takes a special kind of crazy to think you could make a real-world self-destructing assassinbot — and then crazier still to make it work.

Leave it to (presumably) the Israelis, looking to take out a top Iranian nuclear scientist:

“According to the report, Fakhrizadeh and his wife were on their way to spend the weekend at their house in a Tehran suburb. There were three security cars with them and at a certain point the leading car left the motorcade to do a preliminary security check of the house,” he wrote. “Right after the car at the front of the motorcade left shots were fired on Fakhrizadeh’s car and it stopped. Fakhrizadeh stepped out of the car thinking his car hit an object on the road or there was a problem with the engine.”

Did the Evil Joooos really build an assassinbot? Or was Fakhrizadeh assassinated in a more conventional style, or is Iran’s Mullahs regime is so desperate to work up anti-Israeli panic that they invented the assassinbot story out of whole cloth?

So, true or not, Insanity Wrap finds the assassinbot story to be a perfect summary of the crazy-absurd situation in the Islamic Republic.

Core to the @nytimes mission: We will scrutinize the incoming administration just as thoroughly as we did the outgoing one.https://t.co/MD8p19UBoO https://t.co/bIuoiXJtt9

Related: If Voters Had Known About 8 Stories Media Ignored, Trump Would Have Won, Says Media Watchdog.

Just gonna be four years of this huh pic.twitter.com/KZJtVnIu4J

Insanity Wrap doesn’t care if the press is ever any “nicer” or whatever to Trump and Republicans. We’d just like to see Democrats get the exact same treatment.

We are not, for the record, holding our breath.

Last week, I reported that China was blaming Italy as the original source of the Wuhan Coronavirus.

Apparently, the level of skepticism was high on that assertion. So now, Chinese officials are pointing to India as the source of the novel virus.

It’s Insanity Wrap’s good fortune that our ten-year-old is a terrible liar.

Most any kid will try making up a story to get out of trouble, but our youngest is just really, really bad at it.

IW: Son, why is the lid off the cookie jar?

IW: We found the jar in your room.

Nate: Maybe I moved it there but I don’t remember. But I definitely remember putting the lid back on after I didn’t have any cookies.

IW: So why was the jar in your room?

You would think that the Communist government in Beijing would be better liars, having been practicing at it since the 1940s and enjoying an entire bureaucracy dedicated to telling tall tales.

Instead, we get: “That China virus didn’t come from here. It came from Italy. We mean India. But certainly not China.”

We’re trying very hard not to lose our temper. 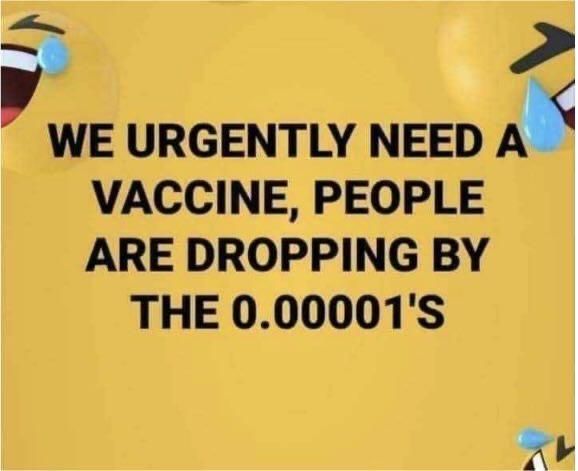 Are we supposed to laugh? Cry? Try to resume business as usual while various government entities continue to push the Panic Narrative 24/7/365?

Insanity Wrap is going to try all three.

Previously On Insanity Wrap: Delirious Robert De Niro Keeps Mistaking Himself for One of His Tough-Guy Roles