Insanity Wrap #37: 'Fiery But Peaceful' Is a Thing Now

Insanity Wrap needs to know: When is arson a peaceful act?

Answer: When it isn’t CNN getting burned.

• Real looting based on fake rumors

• The most amazing, touching video you’ll see all week

• But you’ll also have to see LeBron bend the, ah, knee for Beijing

Looting in downtown Minneapolis. Haskell’s liquor store and Medical Arts building included. This is all linked to alleged suicide of suspect in earlier homicide. Crowds down here were convinced he was shot by police. pic.twitter.com/zaIKUw8IlC

That’s a scene from Minneapolis, where once again justice was served by mostly peaceful acts of breaking, entering, and theft.

In this case, the mostly peaceful looting was inspired by an unfounded report of police thuggery.

BLM are rioting and looting in Minneapolis again after a murder suspect committed suicide. The rioters are falsely claiming police killed him. There’s a graphic video proving what happened. They don’t care. pic.twitter.com/hIN6YHGfWt

You can search out the video if you feel the need to see it. We did, and don’t care to repeat the experience.

More looting in downtown Minneapolis. They’ve now breached the Saks 5th Avenue store on 6th and Nicollet and people are making out with lots of goods. pic.twitter.com/tgUIyoIMvf

We suppose it was also believed that Saks Fifth Avenue executives were acting in cahoots with local police, thus necessitating ransacking the store and stealing nice clothes for justice.

Windows of businesses and residential buildings being smashed on University Avenue — which were not preemptively boarded up. This Papa John’s employee asks protesters, “Do you want Trump to be elected?” pic.twitter.com/IbSubGfGs6

Our question for the justifiably angry Papa John’s employee is this: Do you want Trump re-elected, or will you vote for the man who refuses to condemn the people who just trashed your place of business?

Insanity Wrap urges you to choose wisely, but the choice, as always in a free country, is yours.

And Now for a Moment of Pure Awesomeness Amidst the Madness

This is the real America and there's no amount of propaganda that can convince me otherwise.pic.twitter.com/iH4CAQutIM

Insanity Wrap would like to give you a quick word of caution before you hit the Play button, gentle reader.

This is one of those videos embedded with internet-transmittable onion fumes, so you might want to have a box of Kleenex handy.

Bring On the Otherwise Peaceful Inferno

When Insanity Wrap first saw this late last night, we assumed it was a clever photoshop.

But no. It’s the real deal.

Why is it Insanity Wrap can’t get “Separate but equal” out of our brain right now?

CNN couldn’t think you’re that stupid, could they?

CNN’s own reporter stood there in front of the still-burning hulks of what had previously been peoples’ cars. Meanwhile, the infotainment network’s editors, apparently, scrambled trying to think of a way to convince you that you weren’t seeing with your own eyes exactly what CNN’s camera was showing you.

What they came up with was “fiery but mostly peaceful” and called it a night.

Insanity Wrap wishes no harm to anyone, period. We do find ourselves wondering though, how CNN would label acts of arson committed against CNN’s offices and vehicles.

We’re thinking that the “mostly peaceful” lie would go up in smoke — at least until it became useful again the very next night.

But Wait, It Gets Worse

If you want to convince people American media isn’t on China’s payroll, maybe don’t do this. https://t.co/j7XFcnxOD4

CNN, like most of the rest of our infotainment industry, isn’t actually on Beijing’s payroll.

They do, however, make an awful lot of money in China — but only so long as they keep Beijing happy.

The Chinese have a word for this: Kowtowing.

But you knew that already, didn’t you? 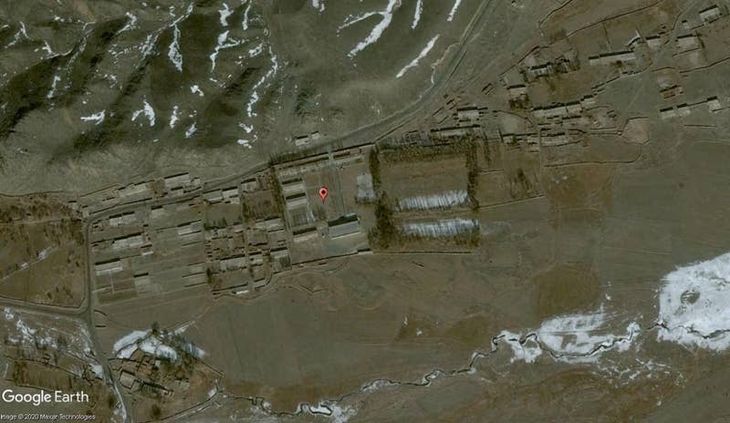 Kudus to BuzzFeed for this important work of finding and IDing China’s ethnic cleansing facilities that Beijing had wiped from digital maps.

Our breakthrough came when we noticed that there was some sort of issue with satellite imagery tiles loading in the vicinity of one of the known camps while using the Chinese mapping platform Baidu Maps. The satellite imagery was old, but otherwise fine when zoomed out, but at a certain point, plain light gray tiles would appear over the camp location. They disappeared as you zoomed in further, while the satellite imagery was replaced by the standard gray reference tiles, which showed features such as building outlines and roads.

Having established that we could probably find internment camps in this way, we examined Baidu’s satellite tiles for the whole of Xinjiang, including the blank masking tiles, which formed a separate layer on the map. We analyzed the masked locations by comparing them to up-to-date imagery from Google Earth, the European Space Agency’s Sentinel Hub, and Planet Labs.

We quickly began to notice how large many of these places are — and how heavily securitized they appear to be, compared to the earlier known camps. In site layout, architecture, and security features, they bear greater resemblance to other prisons across China than to the converted schools and hospitals that formed the earlier camps in Xinjiang. The newer compounds are also built to last, in a way that the earlier conversions weren’t. The perimeter walls are made of thick concrete for example, which takes much longer to build and perhaps later demolish, than the barbed wire fencing that characterizes the early camps.

This is some amazing digital detective work by BuzzFeed’s Alison Killing, Magha Rajagopalan, and Christo Buschek.

Megha wrapped it up on Twitter thusly: “China secretly built scores of massive new prison and internment camps in the past 3 years, escalating its campaign against Muslim minorities even after it publicly claimed the detainees were been set free.”

Insanity Wrap is practically begging you to click over and read the whole thing.

We’d just add that Beijing is doing in slow motion to the Uighur people what Hitler tried to do quickly do Europe’s Jews.

Insanity Wrap believes it doesn’t matter whether your people are wiped out in gas chambers over a period of a couple of years, or wiped out by a decade-long process of sterilization, forced abortion, organ harvesting, and cultural “reprogramming.”

The result is the same: Genocide.

The difference is that unlike Hitler and his long-gone Nazis, the Communists in Beijing will likely get away with it.

WHO'S THE REAL ENEMY, NANCY? pic.twitter.com/6YZSsjfkAP

Five times a week Insanity Wrap — under out daytime guise — shoots “Right Angle” political segments with none other than Bill Whittle and Scott Ott.

Today’s show, hosted by Yours Truly and uncovering the media’s “dark” fixation with the RNC, was a lot of fun.

You can dig into our full archives at BillWhittle.com, including our members-only Backstage shows. 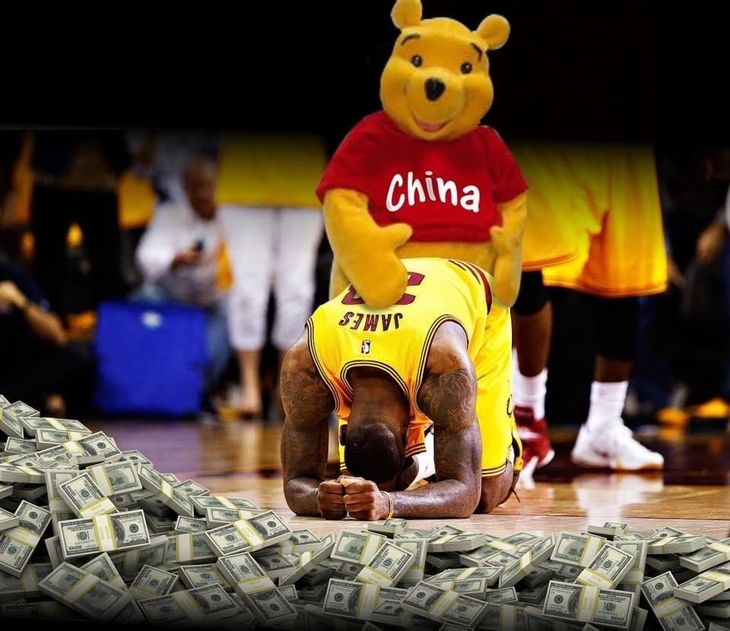 There’s kowtowing, and then there’s ow-towing.

We certainly wouldn’t want you, gentle reader, sharing something this naughty with all of your social media friends just because it’s true.

Previously On Insanity Wrap: ‘Mostly Peaceful’ Means ‘Entirely Dead,’ Plus CNN Gets Caught Telling the Truth (Then Deletes It)

Steve launched VodkaPundit on a well-planned whim in 2002, and has been with PJ Media since its launch in 2005. He served as one of the hosts of PJTV, a pioneer in internet broadcasting. He also cohosts "Right Angle" with Bill Whittle and Scott Ott at BillWhittle.com. He lives with his wife and sons in the wooded hills of Monument, Colorado, where he enjoys the occasional adult beverage.
Read more by Stephen Green
Tags: CHINA CNN INSANITY WRAP