Insanity Wrap needs to know: Who is Joe Biden, really?

Answer: Seriously, we need to know. After last night’s RNC we can’t remember.

• CBS News turns that gaslight down yet again

• A kind word of advice on kindness

This is the new normal. Rioters destroy car dealership in Kenosha. pic.twitter.com/BN92PFTzGr

You know, the usual: Another small business getting peacefully protested out of existence.

And it isn’t just the locals paying the price.

Brendan Gutenschwager, who apparently has been trying to make something of a living providing video of the riots, got his car broken into and robbed.

Sadly my car got broken into & robbed, despite parking well away from the crowds and main riot zones. If anyone is able to help me out, my Venmo & Cash App are bgonthescene. Rough night in Kenosha #KenoshaRiots pic.twitter.com/nWiWRdpESI

“I got the phone cases!” A woman cheers as Boost Mobile is looted in Kenosha tonight #Kenosha #KenoshaRiot #KenoshaWi pic.twitter.com/OGH9tH0ZQy

Nothing says, “I support Jacob Bleak or whoever!” like breaking and entering a Boost Mobile to steal phone cases, Insanity Wrap supposes.

Compare and contrast with these folks:

All Insanity Wrap asks is, “More like this, please.”

I am on an airplane but I can talk from the nasty, mean, delusional, hateful, petty, grudging tone of the blue-check Dems and Never Trump losers what a fantastic series of home runs @realDonaldTrump’s campaign put on tonight! So proud to be a small part of this historic campaign!

We’ll repeat what we wrote at the end of last night’s RNC Liveblog:

Tonight looked like the work of professional people who gave a damn about their finished product, and worked hard to deliver it given the very real COVID-19 restraints.

Again, speaking strictly as someone who enjoys well-produced TV, last week looked like a bunch of YouTubers with low-budget webcams, bad lighting, and some Adobe After Effects trickery to fool people into thinking they had real audiences watching.

We’ll say it again: The RNC looked like it was put on by people who give a damn. The DNC looked like the work of lazy people with no clue and an unearned sense of entitlement to your attention — and to your vote. 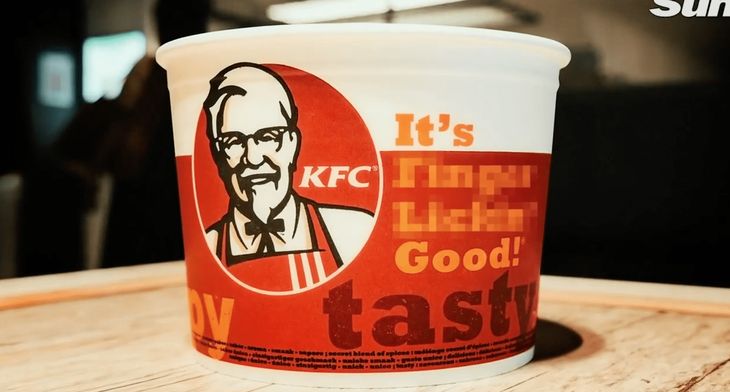 We swear we aren’t kidding you with this one:

KFC is pausing the use of its “Finger Lickin’ Good” slogan on all its new adverts after 64 years because of the coronavirus crisis.

Instead, the fried chicken chain will blur out and pixelate the well-known phrase.

KFC’s big move to combat a deadly pandemic is to temporarily change their slogan from “It’s finger lickin’ good” to “It’s [pixelated][pixelated] good.”

Insanity Wrap doesn’t know how other people do it, but whenever we see anything pixelated we assume it’s either a dirty picture or a dirty word.

So allow us to introduce you to a new game the whole family can play (but shouldn’t).

In the spirit of Mad Libs from seventh grade after maybe drinking unadvisable quantities of mouthwash, please fill in the blanks in the KFC Slogan Game.

Leave your contribution in the comments, which suddenly we’re dying to read today.

Heads We Win, Tails You Get Run Over

.#BlackLivesMatter activist in Chicago: “We have demands and they need to be met … we’re not asking you anything. We’re telling you what’s about to happen with your permission or not. … You can listen to us or you can get ran over.” pic.twitter.com/yEXFT4LOv9

This one is actually from Saturday, but it only came to Insanity Wrap’s attention this morning.

Except, in this case, it’s more like, “Yeah, we’re done with the kind words and going straight to the gun.”

Our advice to this young lady? Stop voting for Democrats. Not one of these burning cities is run by a Republican, and hasn’t been for a long time.

You want change, you want something different? Then try voting for someone who actually is different for once.

Previously On Insanity Wrap: Biden Will Move the Country ‘Foerwad’ (?), Plus Your Duty to Get Robbed

Humans could soon be able to grow new LIVERS inside their own bodies by injecting healthy cells into their lymph nodes, scientists claim after a successful trial in pigs

Insanity Wrap has joked for years that our retirement plan hinges less on saving enough money than it does on science finally perfecting the robot liver.

But the ability to grow a new one in place, presumably from the comfort of our own home where we make the martinis?

It doesn’t get any better than that, gentle reader.

(Hat tip to literally figuratively everyone in the world for sending us this story.)

Too Late to Get Out While the Getting Is Good

Out here in the exurbs, no one ever harangues you for trying to enjoy your burger without a side of woke politics.

Those of us who have been out here for a long time are going to profit mightily, selling our homes at obscene prices to refugees from the city, and then retiring to an even quieter life even further out in the sticks.

P.S. We saw something like this coming 25 years ago and tried to warn you.

It’s really bad here on the Front Range, even though the worst of the fires are on the Western Slope far on the other side of the state.

The Colorado Springs Fire Department and the El Paso County Sheriff’s Office have initiated outdoor burning restrictions as a response to current and forecasted conditions, and in an effort to curb fire risks in the city.

The citywide burn ban order will go into effect at noon on Monday, Aug. 24., and will remain in effect until it’s officially rescinded.

Outdoor barbecue grills that are fueled by liquid propane gas, natural gas, or liquid fuel are allowed. However, outdoor cooking, smoking, and grilling, is prohibited in all city-owned parks and open spaces.

How bad is all the smoke and ash blowing in from the west, really?

The Masterbuilt out on our deck is now where Insanity Wrap puts the meat we don’t want smoked.

Some of the replies to Tim Pool — a “disaffected liberal,” formerly of VICE and with quite the Twitter following — are along the lines of “Thank you Captain Obvious.”

That’s not what anyone should be saying to Pool.

Insanity Wrap would like to remind you of one of our favorite bits of wisdom: Never interrupt someone when they’re busy talking themselves over to your side.

Try to remember that one, please.

A second day of peaceful protests gave way to clashes overnight in Wisconsin.

This comes after 29-year-old Jacob Blake was shot multiple times in the back by police as he tried to get into his car. He remains hospitalized in stable condition.@MolaReports has the latest. pic.twitter.com/4Ljb0hZFq0

Click on over and enjoy the replies, most of which have more truth in them than the so-called journalists at the CBS Infotainment Complex.

If we may paraphrase Winston Churchill, CBS is the worst, most biased, and deeply partisan and corrupt news organization in the entire country, except for all the others. 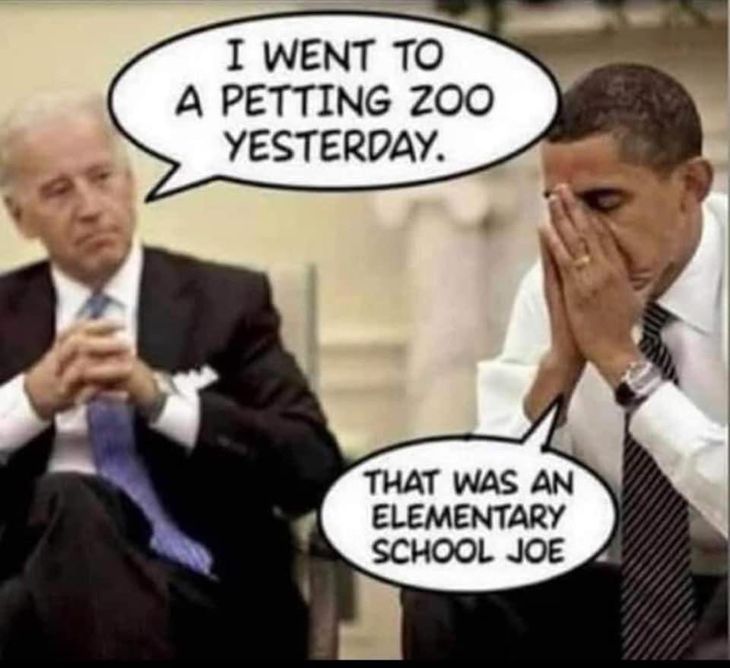 We needed that laugh, and suspect you might have, too.

Steve launched VodkaPundit on a well-planned whim in 2002, and has been with PJ Media since its launch in 2005. He served as one of the hosts of PJTV, a pioneer in internet broadcasting. He also cohosts "Right Angle" with Bill Whittle and Scott Ott at BillWhittle.com. He lives with his wife and sons in the wooded hills of Monument, Colorado, where he enjoys the occasional adult beverage.
Read more by Stephen Green
Tags: COLORADO RNC INSANITY WRAP