Insanity Wrap needs to know: Just how skilled a liar is Andrew Cuomo?

Answer: Last night he made his dead father blush.

200+ people marching to the PPA building tonight. Chant "What do we want? Justice. When do we want it? Now! If we don't get it? Burn it down!" pic.twitter.com/Bdv8fnJdpK

Thankfully, Portland was relatively quiet last night for once.

Then again, the mostly peaceful rioters still couldn’t get through a quiet evening without threatening to “burn it down.”

“Give me what I want or I’ll set fire to your stuff” is the kind of thing you expect to hear out of an ill-tempered and/or badly raised child.

So allow Insanity Wrap to be generous this once. Instead of calling it a riot, we’ll call last night’s festivities a temper tantrum.

We tried to read the details but quickly gave up.

Frankly, we miss the old days when men approaching a certain age usually did nothing worse than buy an inappropriately fast car and try badly to pick up 23-year-old cocktail waitresses.

Exit Question: In this age of masks, is it more or less embarrassing for a man in his 50s to try to pick up 23-year-old cocktail waitresses?

Insanity Wrap is asking for a friend, we swear.

Insanity Wrap regrets to inform you that we’ve reached an era so inexcusably crazy that got-dam Communists are having way more fun than Americans are.

We are filled with shame.

Your PJ Media crew, we regret to remember, was among them.

We’ll be at it again tonight, this time demanding hazard pay.

But the point is this.

Cuomo praised his own COVID-19 response, claiming “Our way worked in New York.” 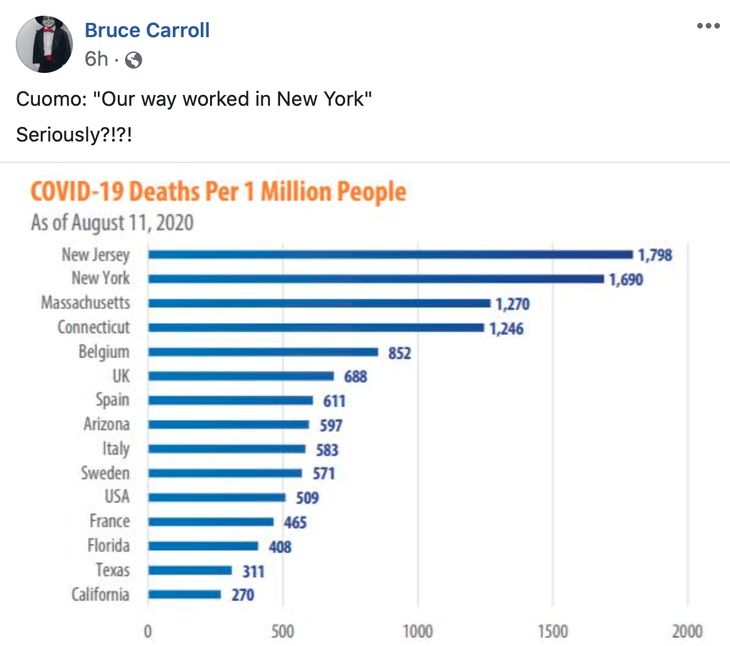 Cuomo sent the infected into nursing homes to share living space with New York’s most vulnerable. When the nursing homes begged Cuomo to reverse his murderous executive order, he doubled down instead.

“No, it wasn’t a mistake,” he still claims, and yet thousands of unnecessary deaths finally forced him to reverse his own order last May — weeks too late.

If New Yorkers were still… intact, shall we say… they’d be demanding Cuomo’s impeachment, removal from office, and indictment on charges of reckless endangerment (at the least) or manslaughter (better).

But New Yorkers have been politically neutered by years of one-party rule, and now lack the gumption to demand accountability of the man who killed thousands of their own parents and grandparents.

Insanity Wrap despises Cuomo for his actions in office, but is beyond appalled at Cuomo’s ease at lying to you about it.

The man was dragged from his car, brutally beaten by the BLM mob, left unconscious & is now unresponsive in the hospital.

“Man hospitalized in attack after he crashed a truck during BLM protest in Portland” https://t.co/niazIIdaRS

We’ve used this riddle before, but it bears repeating.

Q: Why does democracy die in darkness?

A: Because the Washington Post likes to do it with the lights off.

If the headline alone weren’t bad enough, wait until you get to this part:

The move by the leader Kim Jong Un is thought to be aimed at appeasing rising discontent among the public amid a dire economic situation in the secretive country, including food shortages.

If you want to see some discontent — of the well-armed variety — come mess with our dogs.

Insanity Wrap reminds you: You know you’re living under a truly energetic socialist government when you’re forced to eat your pets.

But leftists love animals and the environment or whatever, so there’s that. 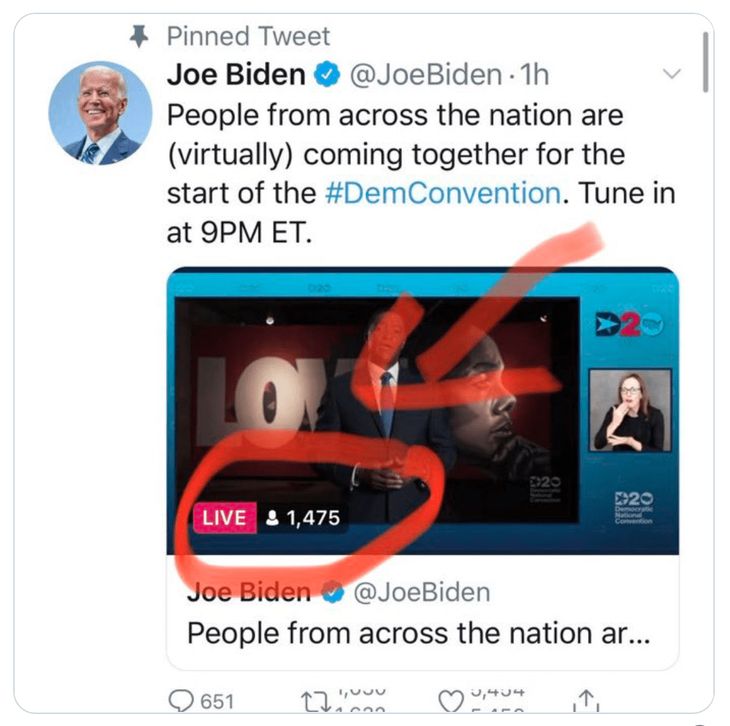 If it weren’t for bloggers actually paid to watch, would there have been any audience at all the Night 1 of the Democratic National Convention?

MSNBC’s Hayes On Trump’s Base: ‘White Men Without A Four-Year Degree, And Disposable Income Enough To Buy A Boat’

Ladies and gentlemen, Insanity Wrap is proud (not really) to present your intellectual and moral betters:

On Sunday evening, engaging with Washington Post political reporter Dave Weigel on Twitter, MSNBC anchor Chris Hayes made abundantly clear what he thinks of President Trump’s voter base, sneering that they are “white men without a four-year degree, and disposable income enough to buy a boat.”

Weigel precipitated Hayes’ condescending remark by tweeting, “All those years scouring diners for Trump voters when longform writers could have been chilling on boats.”

Insanity Wrap joins in Hayes and Weigel’s laughter at all those poor, dumb Trump voters who skipped college, learned useful skills, then started small businesses and became successful enough to spend weekends chilling on the lake in their own boats.

The intelligent thing to do is to rack up six figures worth of college debt on a useless degree, and then hope to become morally depraved enough to find high-paying work at MSNBC.

everyone at the dnc was on shrooms tonight: change my mind pic.twitter.com/vvWS6IJpLE

This, Insanity Wrap tell you with tears in his eyes, is a thing that happened on Monday night.

We’ll leave it as an exercise for the reader to determine if they are tears of sadness or joy.