Joe Biden Is His Own Toughest Opponent

Joe Biden hasn’t put together three coherent sentences since he announced his run for president, yet he is apparently leading all of the presidential polls at the moment. We can cast aspersions on the validity of the polls and the choice-making of the American electorate at a later date. Today we’re going to speculate about Crazy Joe the Wonder Veep’s eventual return to the campaign trail, however socially-distanced it may be.

That Biden is the Democrats’ presumptive nominee is truly remarkable when you think about it. He’s all but abandoned his native tongue. He had one mediocre debate performance while the rest ranged from awful to disastrous. He’s off-script more than Robin Williams during his peak cocaine years on Mork and Mindy, yet everyone over on that side keeps giving him a pass.

As many have noted, this pandemic shutdown has been a boon for Biden and is probably the reason he’s doing well in the polls. Time away from the public eye has been Biden’s friend, train-wreck video appearances notwithstanding.

My latest “Democrats want the shutdown to continue” theory doesn’t have to do with tanking the economy, which I still believe is their primary objective. I believe their secondary objective is to leave as little time as possible between the return of the candidates to the campaign trail and the election. Biden is barely able to navigate the tightly scripted affairs that his handlers have him doing from his basement, they’re petrified of the thought of him being out in the wild, off-leash, and babbling. 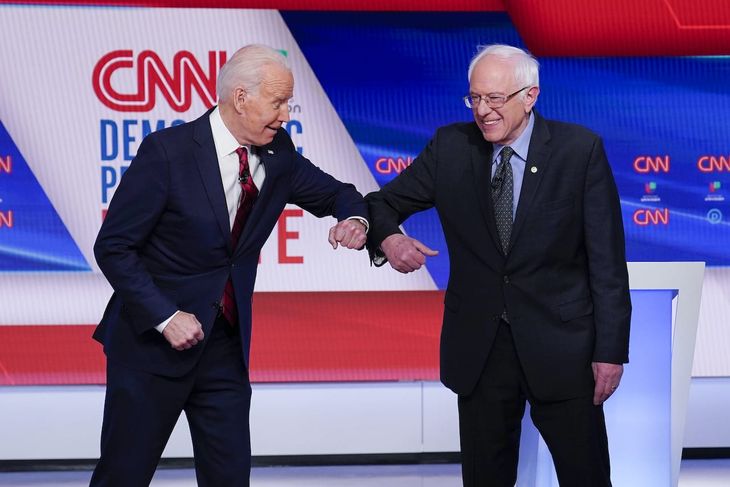 So, the longer Democratic governors can keep things at least in partial shutdown, the more the economy tanks and hurts Trump and the more reason Team Biden has to keep their guy away from cameras where he might eat a booger or sniff a stranger.

I’ll admit, this is the first presidential election since 1984 where I was looking forward to the general election debates. The thought of seeing Trump’s extemporaneous wizardry going head-to-head with Biden’s word salad factory will probably come off as something more akin to British comedy than American political theater. Must-see TV for sure.

There is little doubt that Biden’s biggest gaffe is just waiting for his grand return to campaigning in public. You know it, I know it, and his handlers all have bleeding ulcers because they know it better than anyone. Once he is back out in public, Joe Biden becomes the greatest weapon against Joe Biden. President Trump could go on autopilot and win the election.

Joe Biden is a classic example of a guy who can’t get out of his own way and the Republicans would love to put him in his way very soon. Expect President Trump to taunt him more about getting out as the summer wears on if they still have Joe locked in the basement. That could have some high entertainment value too. 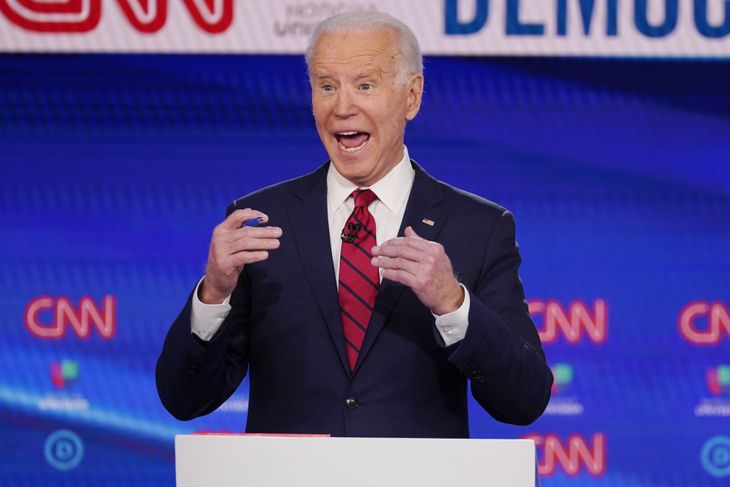 This weird year is only going to get weirder as we get closer to the election. Biden may be leading in the polls right now but everyone who is being honest with themselves knows that his only real chance of winning is having this pandemic drama shield him from having to be himself in public.

OK, Biden is being honest with himself right now, but all he knows is that he wants a white pony and his foot doesn’t taste as good as he thought it would.

Um, They Can Get Free Booze, Food, and Money by Dating Any Men

Women aged 35 or above can get free booze, food and £50 for dating younger menhttps://t.co/qHTj5vDI6f pic.twitter.com/LoXs9Td5Df

I Become a Bigger Fan of Hers Every Week

They’re both idiots. They should be locked in a room together as punishment. Liberal Karens* Clash in New York’s Central Park. Should I Care?

WHY WON’T HE LISTEN TO DR. FAU…oh. Fauci: Second Wave of Coronavirus Infections ‘Not Inevitable’

Is This Twitter Exec With a Long History of Anti-Trump Tirades the Force Behind the Trump ‘Fact-Check’?

BREAKING: U.S. Secretary of State Rules that Hong Kong Is No Longer Autonomous From China

Report: Pentagon Will Present Timelines for Afghanistan Withdrawal to Trump

Remember: the media and other Dems are still praising him. Cuomo’s Deadly Nursing Home Policy Likely Cost 10,000 Lives So Far

Skate Or Die: Skaters Send Message to Government Agents Who Filled Their Parks With Sand

Well, except the media. Gallup Poll Shows That No One Thinks the Media Is Doing a Good Job During the Pandemic

This worked out so well for her last time. Kathy Griffin Calls for Trump’s Assassination and Explains Exactly How It Should Be Done

Is This the Reason Cuomo Gave Immunity to Nursing Homes?

Agree to disagree (see yesterday’s Briefing): Twitter Fact-Checking Is Exactly What You Should Expect, Which Is Why Trump Should Take His Feed Elsewhere

Added Benefit of the Trump Presidency Is Better Ads

While the cops were busting churchgoers for Mayor Lightbrain. Despite Lockdown, Chicago Has Deadliest Memorial Day In 5 Years

I desperately argue to ignore WaPo. WaPo Editors Desperately Argue For SCOTUS To Ignore 2A Cases

Group of NY Pastors Rally in Preparation to Reopen on Sunday

Chaos In Minneapolis: Looting Occurring In the City, Tear Gas Being Used

Comedians should never apologize. Jamie Foxx Says What We’re All Thinking When He Defends Jimmy Fallon Over the Blackface Controversy

Kira Davis: Would the World Be Safer If Women Ran Everything? LOL…No.

Curiouser and curiouser…Today’s Hot Question: When Will Ratcliffe Release Transcripts At Heart Of The Flynn Prosecution?

Hollywood Reporter: Critics Say Bret Baier Is Professional But Leans To The Right

Which Clinton? Too Fun To Check: Clinton Jetted On Lolita Express To Sleep With … Ghislaine Maxwell?

Why Are Democrats Fighting The Revival Of The US Nuclear Industry?

Lock up these ghouls forever. Planned Parenthood execs admit on video that they sold aborted baby parts for a profit

Only going to get worse. Poll: Third of Americans are showing symptoms of clinical anxiety or depression due to coronavirus

Had this doing earworm duty for a bit yesterday.

No, I don’t think Fernando hears the drums.