The Morning Briefing: Screw the Distancing—NFL Plans On Filling Stadiums This Fall

Hope everyone had a good kinda/sorta holiday weekend.

The National Football League is either filled with optimists, really drunk people, or a functional combination of the two. An NFL spokesman indicated yesterday that the league is going with a glass-half-full approach and planning on business as usual when regular season play begins in September.

The NFL is planning for the best-case scenario when the season returns this fall and, according to one league official, this includes packed stadiums.

Executive vice president of football operations Troy Vincent said Friday that the league is planning “to have full stadiums until the medical community tells us otherwise,” according to an NBC Sports report.

“Now remember when we’re talking — we’re talking about August, September. So there’s a lot that can happen here. So we’re planning for full stadiums.”

The NFL has had more time to figure all of this out than the other major sports, which were all blindsided by the shutdowns. The NFL had just entered into its off-season a few weeks before we all went into quarantine hovels. The only disruption was the draft, which ended up being this weird, social-distance remote affair that NFL commissioner Roger Goodell hosted from his basement. I hate the format that was adopted for the draft 10 years ago so this year didn’t bother me that much. 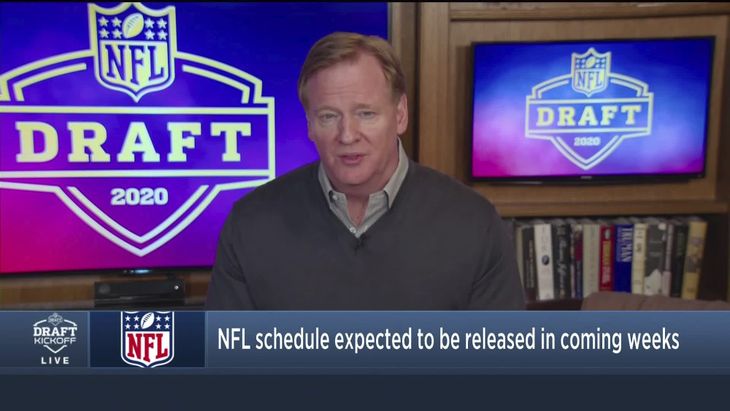 In this still image from video provided by the NFL, Commissioner Roger Goodell speaks just before the NFL football draft, Thursday, April 23, 2020. (NFL via AP)

The league is going to have to deal with the same problem that Major League Baseball is trying to figure out for its truncated season: different shutdown rules in different states. The NFL covers 32 cities in 22 states, many of which are run by the petty tyrants I’ve been complaining about here since March. That may be an insurmountable problem.

Fans obviously hope that this happens. Watching the Coca-Cola 600 NASCAR race gave me a little glimpse of empty stadium sports and I can’t say that I enjoyed it much. Crowd noise is an integral part of the football experience, even for the fans at home and Cleveland Browns fans.

The NFL is still better set up for any social-distancing rules than most other sports, given that the stadiums are so huge. Still, I’m not clear on how they’re going to choose who gets to attend the games and who has to stay home.

I have some friends who get together in a different city every year for the first weekend of the NFL season just to day drink and watch ALL the football. I join them on occasion. It would certainly be nice if all were back to mostly normal. I  could even put up with the mask freak-show by the sports reporters if the NFL could put people in the stands. 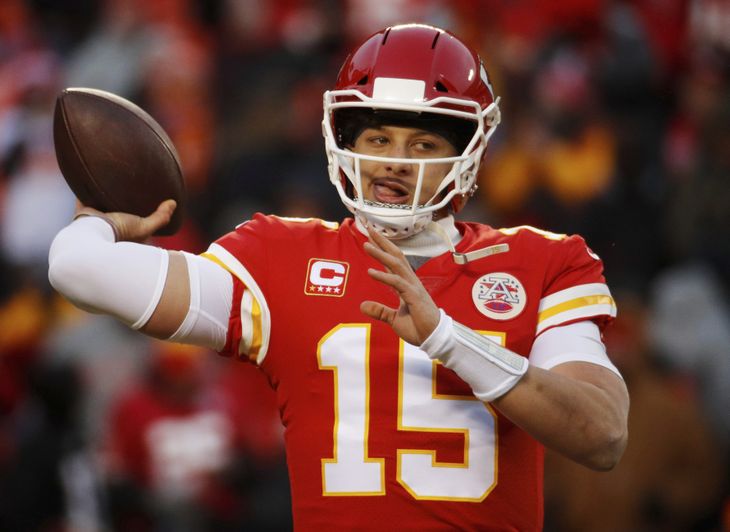 Baseball fans are already hosed out of a real season so it’s up to the NFL now to save the shutdown year. Yes, I’m glad auto racing is back (I’m really waiting for F1 to return but the NASCAR fans get cranky in the comments if I don’t mention it) but baseball and football are my passions.

If the NFL can deliver a sense of normalcy I promise to minimize my complaining about the asinine pass interference rule.

On To Better Things

It wasn’t “tumultuous,” they’re only saying that because the media hacks always hated Grenell. As I wrote a couple of weeks ago, he pisses off all the right people.

This guy is an insufferable tool. Of All People to Forget a Mask – VA Governor Northam Goes to the Beach Without One

VodkaPundit: Memo to NYT Libel Merchants: The U.S. Military Is Not the Ku Klux Klan

Hong Kong Is Worth Fighting For

WATCH: Trump Campaign Hits Back at Biden’s Racist Takes In a New Ad

Memorial Day And The Fight For Freedom

The masks are stupid and they turn people into jackasses. WATCH: Mob of New Yorkers Shame a Woman for Not Wearing a Mask

WHO Temporarily Suspends Clinical Trials of Hydroxycholoroquine and Chloroquine

Do We Even Need a Shot Now? COVID Is Vanishing So Quickly in the UK that Their Vaccine Test Might Be Useless

This is getting to be too much fun. ‘He Doesn’t Even Know He’s Alive’: Trump Takes a Brutal Bite as He Continues to Eat Sloppy Joe

Turns Out A Lot Of You Believe In Bigfoot

Film Review: Is Capone A Quarantine Offer You Can Refuse?

A Growing Tide Among Democrats Against Klobuchar As VP

No. Good talk. Hot Vox Memorial Day take: There should be a holiday to remember war resisters too

To Save Time, The Babylon Bee Will Now Just Republish Everything Biden Says Verbatim https://t.co/6om7g3Anyc

This is what it looks like when the Grand Canyon is illuminated by lightning. pic.twitter.com/CjQgG2D2f0

I’m buying a couple of masks ironically this week.

PJ Media senior columnist and associate editor Stephen Kruiser is a professional stand-up comic, writer, and recovering political activist who edits and writes PJ's Morning Briefing, aka The Greatest Political Newsletter in America. His latest book, Straight Outta Feelings, is a humorous exploration of how the 2016 election made him enjoy politics more than he ever had before. When not being a reclusive writer, Kruiser has had the honor of entertaining U.S. troops all over the world. Follow on: Gab, Parler, MeWe
Read more by Stephen Kruiser
Tags: NFL