The Morning Briefing: Finally Some Good News—Trump Is About to Flood the Economy With Deregulation

In a victory for long-suffering champions of less government interference, President Trump just armed the heads of federal agencies with the freedom to cut onerous regulations as a way to get the nation’s crippled economy back on track.

This president has a been a breath of fresh air when it comes to regulations, gleefully chucking away hundreds of pages of them at a time. It’s really nice to see Republicans learning how to play the “never let a crisis go to waste” game for once, but focusing the effort on something that’s actually good for the country, like a sweeping effort to wipe out business-crushing regulations.

Tyler wrote a great piece about the move yesterday and has more here:

On Tuesday, President Donald Trump signed an executive order that gives his cabinet “tremendous power to cut regulation.” The order gives America’s flailing economy, still half-shuttered by the coronavirus crisis and government lockdowns, important relief as the effort to reopen picks up steam in different states.

Trump signed the order in a cabinet meeting. Before he signed the order, he explained that it involves “instructing federal agencies to use any and all authority to waive, suspend, and eliminate unnecessary regulations that impede economic recovery.”

This provides a stark contrast in the ways that Republicans and Democrats would prefer to “help” businesses and industries during this crisis.

The Democrats would prefer a seemingly endless series of bailouts and loans, all of which would make businesses beholden to the federal government.

By making over-regulation Public Enemy Number One, President Trump’s Republican Party wants to remove layers of federal chains that they believe would hinder a recovery that absolutely cannot take too long if people’s lives aren’t going to be permanently ruined. If the government intervenes by getting government out of the way so that people can make more money, then I’ve finally found some government interference that I like. 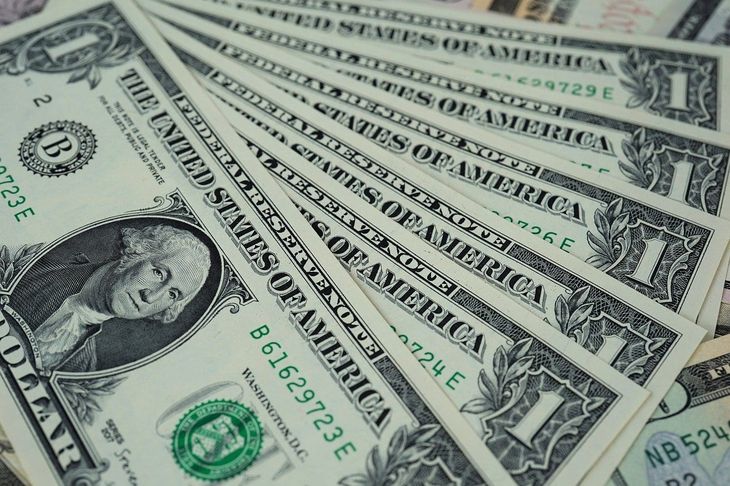 Note that the order gives agencies the power to “waive, suspend, and eliminate unnecessary regulations,” which, against my better judgement, is giving me some hope. It is nigh on impossible to get the government to undo something once it’s done, especially at the federal level. They’re all power-mad and unwilling to cede any authority they’ve managed to grab. That’s what has been making so many of us nervous about the various suspensions of rights in the name of safety the past couple of months.

Regulations give bureaucrats a reason to exist. Endless paperwork. Compliance checkups. More work for more lawyers. Regulations create a well-paid Heaven for them that they never want to end. The mere mention of deregulation gives them night terrors.

There are a lot of us who are focused on the “eliminate unnecessary regulations” phrase and hoping beyond hope that there will be a lot of that. Of course, expecting bureaucrats to do what’s best for the country rather than themselves is a bit of a stretch. There’s also the fact that people like me will tell you that most regulations are unnecessary. Yes, I know that I may be exaggerating a bit. People on the other end of the spectrum will have you believe that people like me are anti all regulations and want everyone to die from eating bad hamburger.

There is probably a balance to be struck but the bureaucrats have been winning the hyper-regulation battle for a long time now. We’re long past overdue for a big correction.

With a stroke of his pen, President Trump has given American businesses and industries some light on the horizon in the form of freedom from burdensome regulations that could save millions who are teetering on the brink financially. It is too much to hope that we’ll ever be free of federal over-regulation, but this is very much worth celebrating.

Wherever Will We Go Broke Buying Wicker Now?

Pier 1 Imports says it is seeking bankruptcy court approval to wind down its business entirely after it was not able to find a buyer due to the coronavirus pandemic. https://t.co/yi73L83hrV

Join us for our weekly VIP Gold live chat. It’s a couple hours of “ask us anything” fun. Again, you can try out VIP Gold for just a month to see what kind of madness we have going on over on the other side of the paywall.

Agreed. Get her out of the House for good. AOC Really Needs to Get Out More

As they often do: Official Tries to Explain New Tennis Rules But Things Go Hilariously South at the Ball Handling Part

Democrats are OK with this. Thanks, China. COVID-19 Kills an American Memorial Day Tradition

Remember that slippery slope we all used to mention? LGBTQ Activist Groups Pressure Government to Coerce Acceptance from People of Faith

Do it for the children. Teachers’ Union Nightmare Poll: Parents ‘More Likely’ to Keep Up Homeschooling After Lockdown

President Momjeans gets his panties in a wad again. A Petty Barack Obama Refuses to Participate in Unveiling of Official White House Portrait

There is no “SCIENCE!” reason for Oregon to be shut down. Oregon Supreme Court Cancels Reopening, Allowing Governor’s Orders to Stand—for Now

Are we sure it wasn’t just Joe pulling a Swalwell? Honking Geese During Biden Speech a Ripe Metaphor for His Entire Campaign

#RIP ‘Now With Jesus,’ Apologist Ravi Zacharias Is ‘More Alive Than He Has Ever Been’

The Kruiser Kabana Episode 39: Congratulations to the Coronavirus Class of 2020

The Worst Among Us: Using Coronavirus to Prevent Good Deeds

WaPo On Reopening: All Dressed Up, But Nowhere To Go?

She seems nice. PA Doctor And School Board Member Threatens To Shoot The Unmasked

Which Side Really Cares About Gun Safety, Anyway

He can lose weight. She’ll always be ugly. Trump Fires Back at Nancy Pelosi After She Called Him ‘Morbidly Obese’

Yes, It Looks Like Judge in Flynn Case Is Trying To Keep This Fiasco Going Until Election Day

Media Thinks Lawsuit Against Fox Is Great, Until They Get Owned and Have to Defend Fox

He’s on a Roll: Elon Musk Tells the World to ‘Cancel Cancel Culture’

All liberals are insane. Discuss. LA Clothing Company Putting Out Fauci, Cuomo, Newsom Underwear To Show Them Your Appreciation

You’re Killin’ It, California: An Early Release of Seven Sex Offenders Results in the Early Re-Arrest of Six Sex Offenders

The Revenge Of The… Hair Stylists?

So Who Is Tracking All Of This Contact Tracing Data?

REvil: Nevermind About Releasing That Trump Info – A Buyer Paid For It

Texas Is Restarting Evictions. Is It Too Soon?

‘The stupid runs deep’: Joe Biden likens Trump taking hydroxychloroquine to injecting himself with Clorox (as ‘malarkey’ spotters have a field day)

‘Wait, this is real?’ Matt Lauer’s written a piece impugning Ronan Farrow’s credibility and it’s going about as well as could be expected for him

Did Greta Thunberg ever live in Wuhan? The COVID-19 pandemic cut carbon emissions down to 2006 levels

Let everyone get shot but protect the citizens from churchgoers. Chicago police block church parking lots to prohibit large gatherings

I’ve picked up some disturbing uses for cream cheese during quarantine.

PJ Media senior columnist and associate editor Stephen Kruiser is a professional stand-up comic, writer, and recovering political activist who edits and writes PJ's Morning Briefing, aka The Greatest Political Newsletter in America. His latest book, Straight Outta Feelings, is a humorous exploration of how the 2016 election made him enjoy politics more than he ever had before. When not being a reclusive writer, Kruiser has had the honor of entertaining U.S. troops all over the world. Follow on: Gab, Parler, MeWe
Read more by Stephen Kruiser
Tags: DONALD TRUMP REGULATIONS
SHOW COMMENTS