The email that Susan Rice sent to herself on her last day as national security adviser has now been fully declassified, revealing some new information about then-FBI director James Comey. Rice sent the odd email on Inauguration Day 2017, but some of its contents regarding Comey had been redacted until Tuesday.

The section says that Comey affirmed to Obama he was proceeding “by the book.”

Rice continued: “From a national security perspective, Comey said he does have some concerns that incoming NSA Flynn is speaking frequently with Russian Ambassador Kislyak. Comey said that could be an issue as it relates to sharing sensitive information. President Obama asked if Comey was saying that the NSC should not pass sensitive information related to Russia to Flynn.”

RIce then wrote, “Comey replied ‘potentially.’ He added that he has no indication thus far that Flynn has passed classified information to Kislyak, but he noted that ‘the level of communication is unusual.'”

There is much that is bizarre about this email, including the fact that Rice felt compelled to write it more than two weeks after the meeting in question occurred. This seems to have been the last thing that she did before leaving office. CBS’s Catherine Herridge has been all over this recently and posted a pic of the entire mail on Tuesday:

As always, Comey comes off as a little shady. He doesn’t really have any reason to be suspicious of Flynn and Rice is portraying him as playing fairly, even though it’s now apparent that he may have been engaged in some dirty pool regarding the incoming national security adviser. Comey seems very adept at operating in gray areas. As a lawyer and a career law-enforcement agent, he knows how to just avoid doing anything that might land him behind bars. 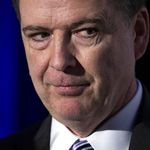 Much about Comey that has come to light recently doesn’t reflect well on him, but he seems unfazed. It’s highly unlikely that he’s an innocent in all of this, he seems to be a particularly petty and vindictive man and it’s no secret that he wasn’t happy with Trump’s election. His cockiness indicates that he is either delusional or he knows there isn’t anything that can be pinned on him.

Was Rice Covering for Obama?

This is the million-dollar question here. I am not the first to notice that this has a bit of stink to it — Tyler was way ahead of me — I am merely the most recent:

That Susan Rice email to herself REALLY reeks of preemptive, fictionalized ass-covering. #Obamagate

If we are just doing the smell test, it would seem that the only real reason for Rice to decide two weeks after the fact to leave a written record that President Obama was playing “by the book” and not the primary driver of any of his people’s shenanigans regarding Flynn is because the opposite was true. One doesn’t even have to be a veteran skeptic of the government to get that vibe here.

Susan Rice may have been second only to Valerie Jarrett in strength of loyalty to President Obama during his time in office. It would not be at all surprising if one of her final acts in office was to make sure the boss couldn’t be tainted with any future scandal that might be exposed in the future.

This also explains why they all put in so much effort to make the Russia hoax work. That was all just to provide cover for what they were doing to Flynn, which they all knew was wrong.

PJ Media senior columnist and associate editor Stephen Kruiser is a professional stand-up comic, writer, and recovering political activist who edits and writes PJ's Morning Briefing, aka The Greatest Political Newsletter in America. His latest book, Straight Outta Feelings, is a humorous exploration of how the 2016 election made him enjoy politics more than he ever had before. When not being a reclusive writer, Kruiser has had the honor of entertaining U.S. troops all over the world. Follow on: GETTR, MeWe, Gab, Parler,
Read more by Stephen Kruiser
Tags: JAMES COMEY SUSAN RICE MICHAEL FLYNN
SHOW COMMENTS