Welcome to Insanity Wrap, your weekly dose of the best of the worst. Neil Young’s one-man war against Joe Rogan and Spotify is the new Big Crazy… Horse.

I saw it so you have to pic.twitter.com/gWSSJjYvyN

If you ever wondered why the military has such trouble meeting recruitment levels and standards, well, now you know.

Neil Young vs Joe Rogan: The Needle and the Damage Done

In an open letter to the world’s biggest music streaming service, Young wrote, “I want you to let Spotify know immediately TODAY that I want all my music off their platform. They can have Rogan or Young. Not both.”

“I am doing this,” Young claimed without specifics, “because Spotify is spreading fake information about vaccines—potentially causing death to those who believe the disinformation being spread by them.”

Young posted the letter on his website, but it has since been removed. CNBC noted, rather dryly, that “Young’s music is still available on Spotify.”

Neil, Insanity Wrap loves some of your music and we appreciate your love of guns.

On this one, though, you’re nuts. And we don’t just mean your silence-all-critics, panic-porn stance on COVID.

Look, buddy, your best-known song came out the year after Insanity Wrap was born, and we’re entering our mid-50s in a couple of months.

Your last hit came out when George Bush was president — the first President Bush.

Meanwhile, Joe Rogan reaches more than twice as many people each day as FOX News, CNN, and MSNBC do in primetime … combined. Rogan’s show has more listeners than Tucker, The Five, and Hannity have viewers … again, that’s combined.

Neil, your Spotify listenership isn’t even peanuts compared to that.

Spotify paid Rogan $100 million for a multi-year deal. Do you even earn one million a year from Spotify?

We get it: You’re taking a principled stand, or so you think, and it isn’t about the money. But you haven’t sounded this whiny since you recorded “Helpless” with CSN&Y.

There comes a time at this stage in your career to ask yourself this question: How many people will really take note if “Southern Man” stops popping up on Spotify’s classic rock playlists?

You aren’t rocking in the free world, Neil — you’re tilting against the biggest windmill in podcasting.

Presented for Your Consideration

It’s really bad when Joe Biden can’t even live up to the expectations of Joe Biden.

It’s such a low bar to clear, like a toothpick suspended on top of a couple of thimbles, yet Flailing Joe can’t manage even that.

Majority says it’s time for Fauci to be removed

Celebrity medical spokesmodel Anthony “Doctor” Fauci no longer enjoys the clout he once did with the American public.

A poll released Monday shows that 76.6% of surveyed Republican voters want Fauci to quit and an impressive 58.9 percent of independent voters feel the same way.

Only 17.5% of Democrats surveyed want Fauci gone because, honestly, after the last year, what else do they have left to cling to?

However, the diminutive bureaucrat told CNBC on Monday, “There’s no chance I’m going to walk away from this. This is something that’s too important.”

Insanity Wrap would advise the next Republican congress to close and defund Fauci’s office — just to make sure we never see another like him — and strip him of his overly-generous pension for good measure.

On the left, a talking points memo the Biden admin sent the Hill 2 weeks ago. It urges Dems to vote against @SenTedCruz Nord Stream 2 sanctions as a way to deter Putin from invading Ukraine.

On the right, Biden admin telling reporters Putin can't be deterred from invading.

What would Biden be doing differently if he were Putin’s stooge?

Qatar Can’t Help Europe Much If Russian Gas Is Interrupted

Qatar wouldn’t be able to significantly ramp up supplies of natural gas to Europe in the event of any disruption to Russian flows, according to three people familiar with the situation.

U.S. President Joe Biden’s administration has spoken to major gas producers, including Qatar, about the possibility of getting more shipments sent to Europe in case a potential Russian invasion of Ukraine interrupts flows.

Meanwhile, U.S. natural gas production hasn’t quite come back up to pre-lockdown levels, despite the incentive of prices that are much higher than they were before the lockdowns.

With the ability to cause major energy supply disruptions, Putin has Western Europe by the short hairs.

What he really wants is a political solution in Ukraine favorable to Russia’s territorial interests — and to come back for more in a couple of years, the next time energy prices are up. 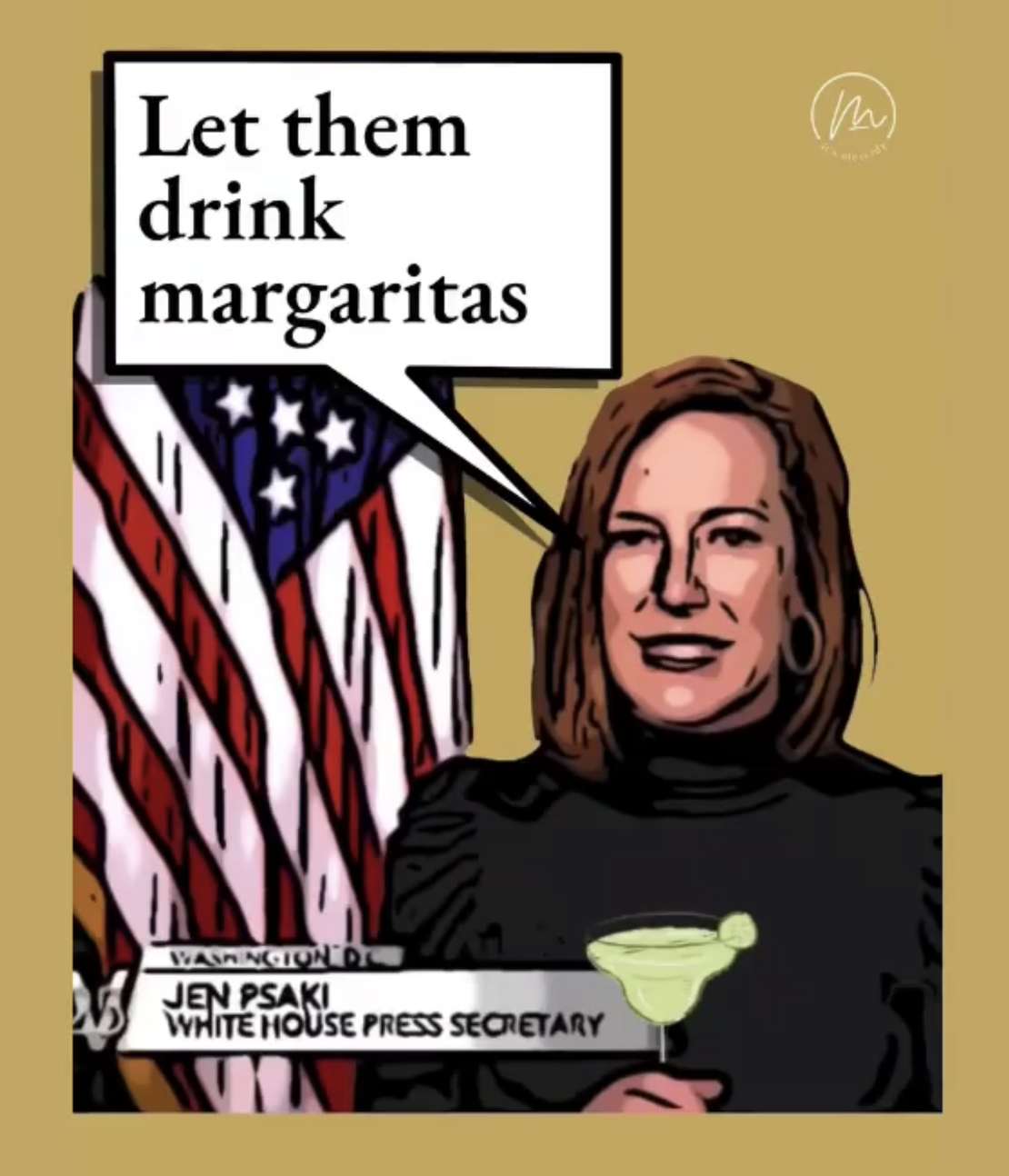 Insanity Wrap is way out ahead of you on that one, Peppermint Psaki.

Come back next week for another Insanity Wrap …

… assuming we make it that long.

If you enjoy Insanity Wrap, Stephen Kruiser’s Morning Briefing, and headline news from PJ’s growing stable of writers, you’ll love our exclusive content — like video podcasts and live chats with your favorite PJ personalities — available only to our VIP members.

Steve launched VodkaPundit on a well-planned whim in 2002, and has been with PJ Media since its launch in 2005. He served as one of the hosts of PJTV, a pioneer in internet broadcasting. He also cohosts "Right Angle" with Bill Whittle and Scott Ott at BillWhittle.com. He lives with his wife and sons in the wooded hills of Monument, Colorado, where he enjoys the occasional adult beverage.
Read more by Stephen Green
Tags: MUSIC INSANITY WRAP
SHOW COMMENTS