Insanity Wrap needs to know: Is literally everything bad due to climate change?

AOC says on Instagram live that the U.S. has “disproportionately contributed” to climate change which is causing natural disasters in other countries forcing mass migration to our country pic.twitter.com/lKPVA08MuZ

Insanity Wrap would like to present a few facts for your consideration, gentle reader.

We’d present them to Congresscritter Ocasio-Cortez except that she has a blithe immunity to knowledge and reason, so we’d rather not waste our time.

A virtual invasion of illegal immigrants didn’t begin right around the time Presidentish Joe Biden was sworn in because natural disasters suddenly increased on January 20, 2021.

It began because President Porchlight set out the welcome mat as part of the Democrats’ longstanding plan to fundamentally alter the American electorate.

Ryan Long is a national treasure.

Well, that was awkward.

For what it’s worth, one of the four countries* in Europe where the citizens enjoy a higher per capita income than Americans do is Norway.

And Norway consists of a mere five million people sitting on top of unbelievable oil reserves that the government is ruthless about exploiting.

Norway is sort of like Kuwait, only with big bulky sweaters instead of keffiyehs.

*The other three are Switzerland and Luxembourg (which are basically investment banks with borders) and Ireland (which serves as one of the world’s biggest tax shelters).

It’s pretty much a rule these days that if there’s something corrupt and awful going on behind the scenes, there’s Soros money behind it:

The Knight Foundation – a George Soros-linked, left-wing group purporting to tackle disinformation by funding anti-conservative media operations and “fact-checkers” – has investments in firms tied to the Russian government and Chinese Communist Party, The National Pulse can exclusively reveal.

The group’s most recent financial disclosures reveal over $17,000,000 invested in a Chinese Communist Party-linked investment fund and over $1,200,000 invested in Russia Partners – which boasts of its close connections to “government leaders in Russia.”

The unearthed financial ties come as the group continues to peddle conspiracy theories about Russian influence in the 2016 election and purports to “protect press freedom” while investing in countries whose journalism sectors are consistently ranked among the least free.

The fix is in, but Insanity Wrap isn’t sure what to do about it — except, of course, for sharing as much about it as we’re able with as many people as we’re able to reach.

Previously On Insanity Wrap: Every Single One of Your Rights Is Under Assault, It Must Be Monday

But probably the worst offender on this is @CNN.

By focusing only on the voices who are the most frightened and pessimistic, you create the impression that there’s only one right way to think and feel about these things.

Look at that first headline! This is straight news! pic.twitter.com/di02Ju6Zye

Tomorrow will be 3 weeks since Texas lifted it’s mask mandate. Coronavirus cases have been steadily declining since, w/ yesterday the 18th day in a row of decreases.

But you may remember the left & the media promised the reverse would happen. And I’ve got receipts.

Perhaps the most ridiculously performative politician was (once again) @BetoORourke, who called lifting the mask mandate a “death warrant” on every outlet who would have him on (including @CNN and @MSNBC).

Again, the power of narrative here can’t be overstated. When outlets only talk to people who are scared, it communicates that every reasonable person is scared (which is commentary) even as the reporting reads as straight news.

Insanity Wrap must know: Who you gonna believe, the panicmongers in Washington and infotainment outlets like CNN, or your own lyin’ eyes?

If by some chance you’re still on Twitter but you’re not following Drew, fix that at once.

64 per cent of Americans believe cancel culture is threat to their freedom, new poll shows

The remaining 36 percent, Insanity Wrap supposes, are a part of the threat:

Over 64 per cent of Americans believe that cancel culture poses a threat to their freedom, according to a recent poll.

The sane news is that 64% is the kind of supermajority that can create real pushback against the bullystaters and their political allies in social media, Hollywood, and elsewhere.

Assuming, that is, we don’t get canceled first.

Insanity Wrap isn’t going to bother quoting anything from Hunter Biden’s book, which we suspect he merely caused to be written.

We hope he’s more gracious to his ghostwriter than he was to that stripper he knocked up, and to the daughter he doesn’t seem to want anything to do with.

It’s safe to say that the two-year-old girl has never met her grandfather, the President of the United States. Insanity Wrap has also been unable to find where Biden père has even acknowledged his granddaughter’s existence.

Maybe not as sad as those photos of Hunter passed out with what looks like a crack pipe sticking out of his mouth, or as dirty as the Biden family’s billion-dollar dealings with Communist China and Ukraine, but still completely untoward. 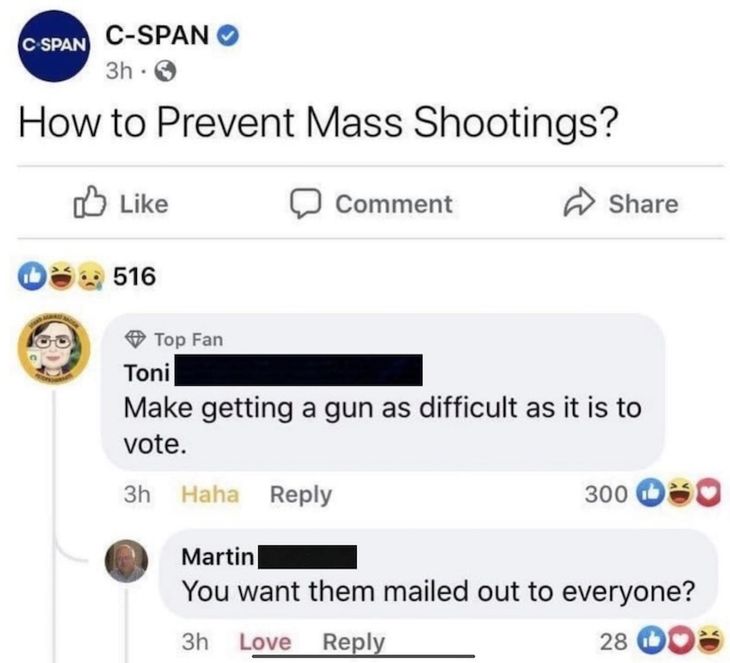 Finally, a government distribution program Insanity Wrap can get behind.

Previously On Insanity Wrap: Is Kamala Harris the Worst Person in the World? (Maybe!)

Steve launched VodkaPundit on a well-planned whim in 2002, and has been with PJ Media since its launch in 2005. He served as one of the hosts of PJTV, a pioneer in internet broadcasting. He also cohosts "Right Angle" with Bill Whittle and Scott Ott at BillWhittle.com. He lives with his wife and sons in the wooded hills of Monument, Colorado, where he enjoys the occasional adult beverage.
Read more by Stephen Green
Tags: CANCEL CULTURE CNN INSANITY WRAP HUNTER BIDEN