Insanity Wrap needs to know: What do you call it when you find out that minority kids are being taught that wrong answers are just fine in math class?

This is not normal. pic.twitter.com/uCzt9MHzaZ

Insanity Wrap thought at first this was a hoax since it was both outrageous and all over social media, but apparently not.

If you’re wondering what those green things are, Insanity Wrap can tell you with complete certainty because we have one. They’re pop-up toiler/shower shelters for camping trips. 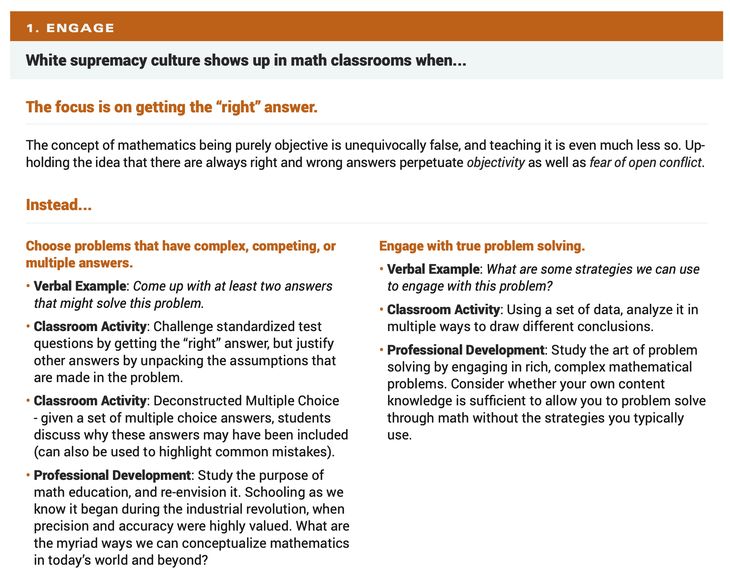 Insanity Wrap was never a big fan of math class back in the day.

We weren’t necessarily bad at it, you see, it’s just that we understood math well enough to understand that the whole thing was stacked against us.

Every problem had exactly one correct answer and an infinite number of incorrect answers. It doesn’t take a math whiz to understand that ∞:1 is not good odds.

Worse than our youthful dismissiveness towards mathematics is the trendy Matrix-like insistence that there is no math. Or to be more precise, that math is white supremacy, white supremacy is bad, and therefore the very concept of One Correct Answer must be memory-holed like a statue of Lincoln.

Never you mind, gentle reader, that many of our best math students are East Asian or Jewish. Both groups have achieved Dishonorary Whiteness on the Woke Victimhood Pecking Order, because reasons.

If you think Insanity Wrap is exaggerating, wait until you see the “learning” materials being foisted upon “educators” by an organization called Equitable Math.

We spent far too much time reading their materials today, but if you’re interested in giving them a glance then here’s a link to the PDF file.

This bit is particularly amusing, or would be if it weren’t so dangerous:

Study the purpose of math education, and re-envision it. Schooling as we know it began during the industrial revolution, when precision and accuracy were highly valued. What are the myriad ways we can conceptualize mathematics in today’s world and beyond?

Today we build little four-banger car engines that produce more than 300 horsepower, reusable rockets, entire constellations of communications satellites operating in every imaginable orbit, and stealth jet fighters that lose their near-invisibility if a single element is slightly out of whack.

But no, this modern age of ours no longer values precision or accuracy.

Well, we’d better, if we want to prevent the whole damn system from falling down around us.

Insanity Wrap has one last thought on this issue: Real racism is telling black and brown kids that wrong answers are OK, and thus condemning them to second-rate educations — if that.

Black lives do matter, and that’s why we shouldn’t be stunting their potential.

This is part of the video evidence showing Alexander Dial, the so-called antifa "activist," engaging in multiple violent criminal offenses at the Portland riot. https://t.co/63fSrv0ndi pic.twitter.com/I8cbnt03Eu

More at the link, well worth your time.

Insanity Wrap usually prefers to keep things brief, but you really do need to read the full excerpt in order for the kicker at the end to have its full impact.

You may thank us later with cocktails.

According to the impact report, the break-down of finances include $8.4 million dollars in expenses. These expenses include, “staffing, operating and administrative expenses, civic engagement, programs and field expenses, rapid response, and crisis intervention.”

Local Black Lives Matter chapters and other black-owned US businesses were given grants, costing the foundation $22 million.

At the end of the year, Black Lives Matter had a sum of $60 million.

“The foundation’s coffers and influence grew immensely following the May 2020 death of George Floyd,” the Associated Press reported.

The impact report released noted the Black Lives Matter movement still has a long ways to go from their stated objectives. “We know systemic change takes time, so we’re in it for the long haul. In the meantime, we need to immediately support our Black communities through our own forms of funding and grantmaking,” the report stated.

“We are now an organization that intervenes on philanthropy, which is typically an anti-Black space full of bureaucratic hoops of white supremacy.”

Philanthropy is racist now, too, to the tune of $90 million mostly unspent dollars delivered to BLM.

Xi’s Gotta Have It

The caucus claims to tackle racism and “marginalization,” but as The National Pulse can exclusively report today, it collaborates with one of the most racist, repressive, and genocidal regimes in history: the Chinese Communist Party.

Leading many of the efforts – including sending constituents on trips and accepting trips herself – is Joe Biden’s own pick for Housing and Urban Development (HUD) Secretary: Rep. Marcia Fudge (D-OH).

For over a decade, the caucus has maintained a relationship with the China-United States Exchange Foundation (CUSEF), a Chinese government-backed grouped recently exposed by The National Pulse for sponsoring trips to China for journalists and politicians in exchange for “favorable coverage” and part of the country’s United Front efforts “to co-opt and neutralize sources of opposition to the Chinese Communist Party” and encourage “positions supportive of Beijing’s preferred policies.”

Somewhere, the booze-soaked corpse of Joseph McCarthy is spinning so rapidly in its grave that it’s introduced a slight wobble into the Earth’s rotation.

The only surprise here is that Joe Biden didn’t nominate Fudge for Director of Central Intelligence, as you’ll see in our next item.

This dude was literally banging a communist Chinese spy.

Insanity Wrap is forced to conclude that Eric Swalwell is still allowed to see classified materials for one of two reasons:

Of course, both could be true.

Insanity Wrap was so taken aback that we had to read the headline twice.

Stop calling it a "COVID Relief" plan. A better name would be "The Pelosi Payoff." pic.twitter.com/YLEwvbakJE

Look, any emergency is little more than an excuse to spend money we don’t have on things that aren’t emergencies.

“Never let a crisis go to waste,” Rahm Emanuel once said. “Even if you have to invent it,” is the part he didn’t say.

Steve launched VodkaPundit on a well-planned whim in 2002, and has been with PJ Media since its launch in 2005. He served as one of the hosts of PJTV, a pioneer in internet broadcasting. He also cohosts "Right Angle" with Bill Whittle and Scott Ott at BillWhittle.com. He lives with his wife and sons in the wooded hills of Monument, Colorado, where he enjoys the occasional adult beverage.
Read more by Stephen Green
Tags: RACISM BLM INSANITY WRAP
SHOW COMMENTS