Insanity Wrap needs to know: Does it take a magic wand to turn cages for children into facilities for migrants?

Answer: Nope, it just takes a Democrat president and a complicit media.

What were once “cages” are now “facilities.”

Please note that the bars are the same.

Or maybe we should have gone with: “War Is Peace. Freedom Is Slavery. Cages are Facilities.”

In either case, do update your Newspeak dictionaries accordingly.

Asking the Questions None Dare Answer

With Reparations, Would Obama Get A Check — Or Write One?

Mr. Elder offered some high-profile examples of how hard it would be to determine who deserved a payment or who owed one. “On former President Barack Obama’s maternal side, there were slave owners. Obama’s father came from Kenya, a slave-trading area. Does Obama get a check or does he cut a check?” Mr. Elder asked. “Similarly, Kamala Harris’s Jamaican father has acknowledged slave owners in his family. Does Harris, whose mother is from India, get a check or cut a check?”

Most provocatively, Mr. Elder implied that the real damage done to Black Americans was not from 19th-century slavery but from societal changes in 20th-century America.

Yes, but we’re not supposed to talk about societal changes, because virtually all the damage caused to America’s practical cultural norms has been the work of the Progressive Left.

We’re not supposed to talk about that, even though the ongoing destruction of the American family, particularly in black America, is the leading cause of generational poverty.

It’s much easier — and much more politically advantageous to the Left — just to cry racism.

New from me: The Biden team is struggling to deal with a rise in unaccompanied migrant children in their custody. As of Friday, HHS shelters were at 93% capacity, and more than 700 children had backed up in border patrol custody https://t.co/DAGZBKt39A

Who didn’t see this coming?

Because that’s the craziest person in the world today…

…so Insanity Wrap is forced to assume that everyone is quite sane for once.

A professor of Pediatrics and Psychiatry at the Penn State College of Medicine, Levine has given lectures in various settings since at least 2012 on how to perform sex changes and gender conversion therapy on children.

According to Levine, children ought to be given the latitude to choose their own gender. Levine has advised adults to “try not to force them one way or other [sic]” and instead to follow the child’s lead.

That’s not healthy, it’s inhumane, and it’s no service to anyone.

Naturally then, Levine is Biden’s pick to help lead Health and Human Services.

Insanity Wrap is so pleased to see Naomi Wolf take the red pill that all we’re going to do here is tell you to click over and read the whole thing.

Chris Cuomo gets filed under Insanity Wrap’s “celebrity” banner because he’s no journalist.

Cuomo’s infotainment show on CNN helped make his brother, frequent guest-star and New York Governor Andrew Cuomo, into a COVID-fighting hero. All the while, Cuomo the Elder’s deadly mismanagement was killing thousands.

When the truth finally came out, CNN was forced (out of shame?) to reinstate its previous ban on Chris fluffing for Andrew.

Somehow, all this makes the Cuomo boys the victims in their own sordid tale.

What it looks like to Insanity Wrap is less of a tale of politics and journalism gone wrong, and more like a celebrity marriage breakup story from the front page of the National Enquirer.

It’s safe to assume that a demand to rename Jeep Cherokee was inevitable:

For more than 45 years, Jeep has branded the Cherokee name on the side of its vehicles; including the Cherokee and the Grand Cherokee.

Although the Principal Chief of Cherokee Nation believes Jeep had well intentions for displaying the Cherokee name, Chief Hoskin says it does not honor the tribe.

It’s a very nice ride, and the last time we checked, at 75% the Cherokee had the most American content — ie, parts and components made in America — of any U.S.-built civilian vehicle.

The Cherokee Trailhawk is a more-than-capable off-roader, pleasant to drive in town, has a nicely appointed interior, holds excellent resale value, and is literally as American as cars get.

If that doesn’t feel like an honor to Chief Hoskin, then Insanity Wrap humbly suggests that he reacquaints himself with the meaning of the word.

UPDATE: It just occurred to us that for a few years in the Naughts, the Cherokee’s slot in the Jeep lineup was filled by the Liberty.

It ought to be clear to all that Liberty is even more out of fashion than Cherokee. 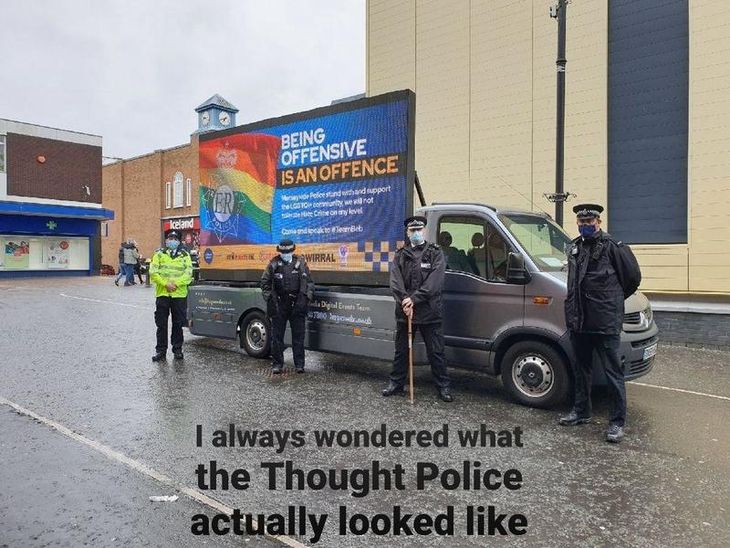 Insanity Wrap is old enough to remember when we thought of Aussies as outback types with big knives and a sensible outlook on life.

Sure, that was just Crocodile Dundee, but even so these days the ’80s barely feel like the smallest object in the review mirror.