Insanity Wrap #130: One Day With Joe Biden and Everything Has Gone to Hell Already

Insanity Wrap needs to know: What do you do with a billionaire who brags that the guy he voted for is bad for business?

Answer: Seriously. We need to know. Because tar and feathers are just so unfashionable.

See how that works? It’s not environmental policy it’s a kickback to democrat donors and nothing more. https://t.co/PwRrMRwTbO

14,000 jobs gone, banished to the ether by presidential fiat so that Warren Buffett might get slightly richer.

Insanity Wrap is here to tell you: You’ve been had, America.

And you’re about to get had a whole lot more.

Billionaire: I’ve Got Mine, So What’s the Problem?

Billionaire investor: Enjoy the bull market while it lasts

Insanity Wrap generally keeps a cool demeanor, but we lost our temper talking about this story on yesterday’s VIP Gold Live Chat with Stephen Kruiser and Bryan Preston.

‘The near-term outlook is probably OK,” Cooperman told the “Squawk Box” hosts. “Long term, I think that we’re borrowing from the future.”

He put the blame on the Federal Reserve’s monetary policy as well as the government’s aggressive fiscal stimulus for creating an environment fraught with risk going forward. “There’s a meaningful chunk of the market today that’s in euphoria. You see 50% price moves,” Cooperman explained. “I do have long-term concerns because I think the policies we’re running are unsustainable.”

He added that the incoming administration could also put pressure on the top-heavy market. “It’s a less pro-business, less friendly business environment,” he said. Still, Cooperman said he put his values ahead of his economic interests and voted for Joe Biden.

The Keystone XL workers who just got handed pink slips can’t afford Cooperman’s values, yet they’re the ones paying for them.

The individual investors whose retirement portfolios rely on a business-friendly environment can’t afford Cooperman’s values, yet they’ll pay for them, too.

The families struggling to keep their homes heated and their gas tanks full can’t afford Cooperman’s values, yet they’ll pay and pay and pay as elements of the Green New Deal are enacted.

Insanity Wrap could go on in this vein all day, but we’re going to make ourselves a Bloody Mary, instead, and move along to the next item.

We mention this for just one reason.

Insanity Wrap warned you last summer that the Democrats had unleashed their street thugs for their own political convenience, but that they’d have a difficult or even an impossible time getting that genie back in the bottle.

…well, the bitter laugh is on them.

How’s That ‘Return to Normalcy’ Workin’ Out for Ya?

The Joe Biden Purge is real, and it is Insanity Wrap’s sad duty to inform you that it appears to include anyone the Asterisk Administration deems “insufficiently loyal,” according to The Federalist’s Mollie Hemingway.

Hours after President Joe Biden delivered his inaugural address promising to bring unity and healing to the country, his administration began a politically charged attack on a highly respected, newly appointed career intelligence official over fears he would be insufficiently loyal to Democratic partisans. The attempted purge has thus far followed the playbook publicly laid out by top Democrats and their left-wing media enablers.

In a stunning violation of precedent, Biden’s National Security Agency (NSA) placed General Counsel Michael J. Ellis on administrative leave pending a Defense Inspector General investigation of his recent appointment, as well as an unspecified claim of mishandling of classified information. Ellis has maintained a top security clearance, without any blemish, for more than a decade. He is a trained classification official both as a military officer and civilian.

Laughing from a text I got this morning from an old classmate who is a LtCol in the Nat Guard deployed in DC. He linked one of these stories and wrote:

"we've got heat, peace and quiet, indoor plumbing and running water, what the hell are all these reporters fussing about?" https://t.co/AZ9nK6YnHE

The press revealing its 50-years-running total ignorance of military life?

Insanity Wrap is much more concerned about our military getting another Afghanistan Surge or a larger footprint in Syria than we are about where soldiers caught a little shuteye on Inauguration Day.

This is the guy who lied to you in the beginning about masks, then practically bragged about how he’s moved the goalposts again and again since March.

Anything Dr. Fauci says is nothing anyone needs to be concerned about.

Payback’s a… You Know

Just one day in office and Joe Biden has killed more people than 9/11, the Parkland Shooter, and the Gulf War…combined.#BidenVirus #Impeach46 pic.twitter.com/NdlYze25Pa

“Mrs. Brassenstein” is doing this correctly, yes? Because after the last four years, Insanity Wrap is pretty sure that’s how this game is played. 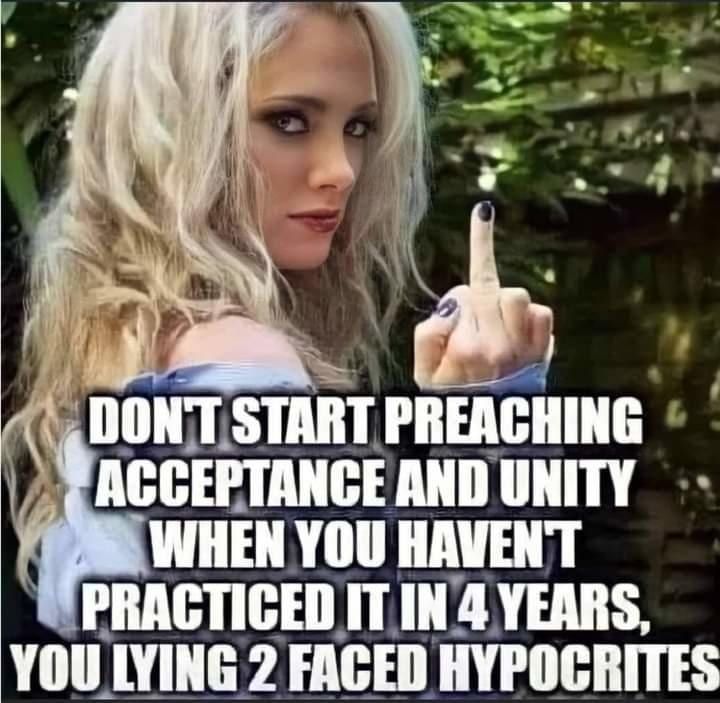