As the Election Without End continues to, uh, not end, you need… I need… the entire country needs Florida Man more than ever.

So after weeks of absence, brook no further ado as we indulge once more in another… 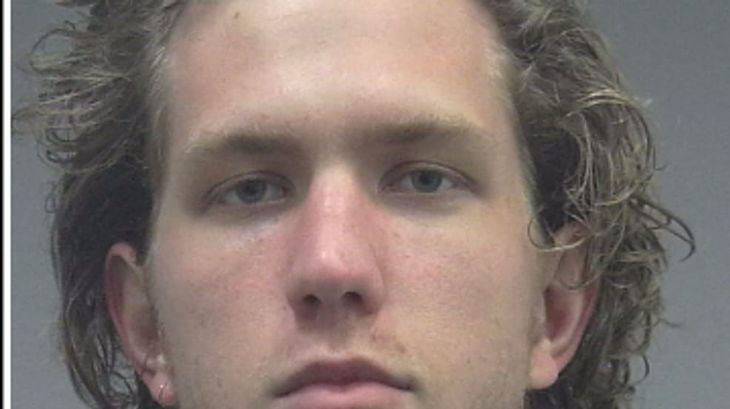 Call me a dreamer, call me a fool, call me late for dinner, but I will never tire of stories where people steal police cars.

There’s something about the combination of feeling bad for the red-faced officer while marveling at the idiot daring of the thief.

It never gets old.

Add in a stolen credit card and a “spiritual” angle?

Oh, come on, it doesn’t get any better than this report from Gainesville:

A 20 year-old man is in jail after stealing an Alachua County deputy’s cruiser from the Gainesville Regional Airport Thursday night.

According to deputies, video surveillance showed Duncan Smith leaving the airport in the vehicle around 8:34 p.m.

Two hours later, deputies were notified that Smith used a credit card that was in the stolen car in Columbia County.

Deputies caught up with Smith in Alachua County and arrested him. Deputies say Smith confessed to stealing the cruiser because he was on a “spiritual journey” and needed to find a way home.

I try to limit my spiritual journies to distances no further than the living room wet bar, and if you think experience taught me that, you’re right.

Let’s hope Florida Man learns from his recent experience, too.

There she goes again:

Vanessa Lee Jones was completely naked when she was seen thoroughly enjoying herself by passers-by outside a chicken shop in St Petersburg, Florida.

According to the St Petersburg police arrest paperwork, Jones, 38, showed no sign of being drunk or under the influence of drugs, and there was no evidence of mental health issues.

Nevertheless, she was observed outside Popeye’s Fried Chicken at 10am entirely naked and touching herself.

I try not to judge but… in front of a dumpster?

In the immortal words of Jayne Cobb, where does that get fun?

And now, back to your regularly scheduled news…

Florida Gov. Ron DeSantis is pushing legislation that would allow citizens to shoot suspected looters. This is one of the worst ideas I have ever heard. If the state legislature has any sense, it will not approve such a primitive proposal. #FloridaMan https://t.co/lYgYHb96I3

Now there’s a curious word for mental health counselor Jeffrey Guterman to choose in this context.

Looting is primitive. Looting is the mob taking what they want, and destroying or defacing anything they can’t take or don’t want to take.

Little things like private property, respect for the same, and civil and individual rights are the very hallmarks of civilization.

Except for very recently and only in a very few Democrat-run cities, no people on Earth represent those heights of civilization more and better than the people of the United States of America.

Sadly, sometimes it is the duty of those of us who are civilized to use deadly-but-controlled force against those who are not civilized — justified actions that would be protected under the legislation being pushed by Florida Man Ron DeSantis.

Anything less encourages primitive barbarism, and so we ought to applaud DeSantis, not vilify him.

Guterman might have a fancy job title and a nice suit and lots of Twitter followers, but it would seem he’s no friend of civilization.

Sorry for the rant.

Shall we get back to the usual silliness?

Previously On Florida Man Friday: In Which Colorado, New Jersey, and Especially Louisiana All Outdo Florida

Don’t Worry, It Was Only Half-Cocked

Florida man pulls gun after being told he has small penis. pic.twitter.com/5YwqCAKgB4

This really happened, but we won’t bore you with any of the niggling little details.

It doesn’t take a Florida Man or Florida Woman to shoplift $3.99 worth of goods.

It takes a slightly more ambitious type to steal a police cruiser.

But here’s a real scam artist:

A Florida woman was arrested on a charge of Grand Theft after allegedly collecting $165,000 in fraudulent shipping charge reimbursements from Amazon.

In the arrest affidavit filed by the Hillsborough County Sheriff’s Office, it is alleged the woman used a loophole in Amazon’s shipping policy that made it appear she paid to return packages when she actually used old prepaid shipping labels from Amazon.

The affidavit claims the woman received $3.99 each in shipping reimbursements on 42,000 returns over 31 Amazon accounts she controlled. The scheme allegedly took place from March 2015 to August 2020 and was detected by Amazon systems.

Clever, right up until she got caught.

Looking back at those figures, I might have missed a zero or two in the transcription from the calculator app to the browser tab, but it’s really hard to tell without squinting so tight I risk popping out my own eyeballs.

Look, there are some mornings I can barely make it to the coffeemaker without assistance.

Florida Man showed the kind of grit and determination that very few of us without handicaps ever do more than merely dream of.

Just the right amount of cowbell, don’t you think?

This is actually really very cool:

Hershoff was diagnosed with Fuch’s dystrophy in 2000 and almost lost his sight. He received three corneal transplants in 10 years.

After struggling with his eyesight for years, Hershoff discovered a special type of contact lens called scleral lenses which helped him enormously.

However, when his wife passed away, Hershoff went through a period of anxiety which caused his hands to shake while inserting and removing his contact lenses.

This is when the light bulb went off.

“What happens in a few years if I actually have a tremor and I can’t get these lenses in? I need them to see and I don’t have anyone to help put them in for me,” Hershoff told CNN.

And so, the Cliara Lens Robot was born. Cliara is an acronym for Contact Lens Insertion and Removal Apparatus.

I’m forwarding this story to my wife, who is one of those people who has contacts prescribed, but never wears them because she can’t successfully get them into her eyes without more trouble than they’re worth.

Florida Man Charged After His Leopard Bit a Visitor’s Head

There is so much wrong in just the lede that I literally can’t even.

According to news from The Humane Society of the United States, a backyard primate breeder was involved with an incident where a man was attacked by a leopard.

“Backyard Primate Breeder” would make an excellent name for a post-punk revival band, but it sounds like a horribly dangerous job or hobby or whatever.

But then it turns out that it wasn’t the backyard primate breeder who got someone else hurt?

Michael Poggi runs a primate breeding operation in Florida, charged a man $150 to have a “full contact experience” with an adult leopard in Poggi’s care. Dwight Turner, who paid to engage with the leopard, was attacked by the animal. Turner was bitten on his head and ear.

Do you need a license for any of that?

Forget it, I don’t want to know.

This happened right here in my little town of Monument.

Here in Colorado, it’s easy to get caught up in Florida Man’s wildlife antics, mostly because we don’t have giant reptiles everywhere.

We just have your more-typical assortment of deadly mammals.

And they never let us forget it.

On second thought, if you want any of the details to this Oklahoma Man story, you’re just going to have to click on over.

New Hampshire Woman accused of impersonating prosecutor, attempting to drop her own case

This report rivals the very best Florida Man Friday has ever offered:

An indictment obtained by the newspaper alleges Lisa Landon, 33, submitted fake documents to court officials in three cases last year in an attempt to declare her drug possession and stalking case charges had been dropped.

According to the paper, Landon used the state’s electronic filing system to falsify the documents.

Hillsborough County prosecutors grew suspicious when they heard a state forensic examiner was scheduled to perform a competency evaluation on Landon. After a brief investigation, prosecutors quickly discovered multiple documents had been filed fraudulently.

According to the indictment, Landon also fraudulently filed an order to waive fees in a lawsuit she brought against the county.

Previously On Florida Man Friday: The Radical Priest Came to Get Me Released, Plus When Emus Attack