Florida Man Friday: The Radical Priest Came to Get Me Released, Plus When Emus Attack

What would Friday be without Florida Man?

It might as well be some lesser day no one cares about, like Tuesday or National Potato Day.

I wrote “National Potato Day” as a lame gag, but then searched for it and… yep, it’s a thing.

Of course, it’s a thing.

But there are much more exciting matters to attend to right now, so join me on another action-packed…

The headline tells the whole story, doesn’t it?

I’d just add that until almonds develop the ability to lactate, they’ll produce no milk.

But anyone who thinks differently probably doesn’t need to get slashed with a pocketknife.

Chutzpah, Thy Name is Florida Woman 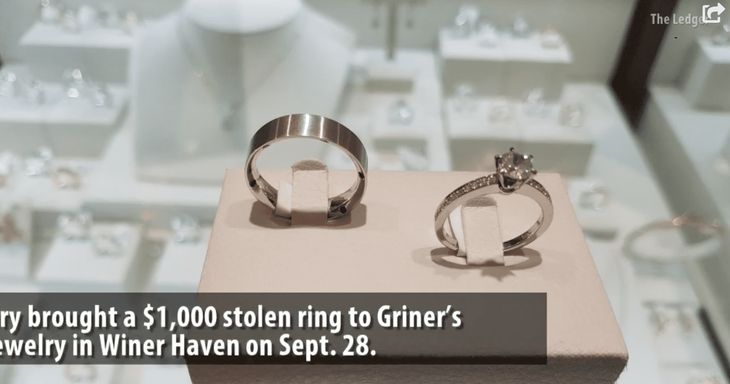 Entrepreneurship in action, sort of:

Alice Lavern Henry, 47, brought a $1,000 stolen ring to Griner’s Jewelry in Winter Haven on Sept. 28 and asked the store clerk if the retailer would be interested in purchasing the jewelry.

Henry told the clerk she had found the ring while using a metal detector on a beach in the Florida Panhandle, Winter Haven Police Department spokesperson Jamie Brown said Monday.

But upon inspection, the clerk said the ring didn’t have any damage that would be expected from such a find, such as scratches from sand.

While the clerk continued questioning Henry about the ring, another store employee called police.

So far, so good — the police found no reason to arrest her or anything like that.

During an investigation, authorities said they discovered Henry had gone to another jewelry store in Lake Wales multiple times in September to sell three other rings that had been stolen during a July burglary at the Griner’s Jewelry store.

Florida Woman was arrested on Sunday, just like you knew she would be.

Recidivism, Thy Name Is Florida Man

Go back, Demare, do it again:

Thankfully no one was shot, but the placement of the bullet holes indicates the lack of injuries was some kind of miracle.

On January 1, 2003, Williams received the news that her nephew had been murdered, and rushed to the crime scene to provide comfort and emotional support to her family. Knowing that there were other community members, particularly mothers, grieving the deaths of their loved ones, Williams quit her job and created the Mothers Against Murderers Association (MAMA).

You can click over for the rest, but I must warn you that the report contains those internet-transmissible onion fumes.

Florida Kid Gets a Puppy

Florida Man is a trait acquired at birth. pic.twitter.com/NRTDbBWd6I

This is just the cutest thing I’ve seen all week.

A Florida man accused of voter fraud for requesting a ballot for his dead wife says he was “testing the system to see if it worked.”

The system did work, and he now faces a third-degree felony charge.https://t.co/aCsCSQJC9f

Apparently this is somehow Trump’s fault.

This Will Tide You Over Until They Bring ‘Cops’ Back

Hurting Right Now? This Florida Woman Wants You to Know You’re Not Alone

No wit, no snark, no silly caption for this one.

Just click over when you have five spare minutes and three extra Kleenex.

“Every man who has stepped foot on the moon launched from the Kennedy Space Center, in Florida. Yet, Florida has failed to figure out how to run an election properly — a task simpler than rocket science.”https://t.co/wWIQ8ABldz

Just a reminder that it’s many of the same people who complain about how shoddy our election processes are who also want to put elected people in charge of health care, speech codes, etc.

Beth Ann Franchak, 52, bought $20 worth of methamphetamine, but gave it to police Thursday because it apparently wasn’t up to her high standards.

Don’t be too shocked if, in a year or two, Florida Woman is arrested after turning in a blood-covered knife because it didn’t hold its edge “forever” the way the TV ad promised.

There is an Emu loose on the Westside of Jacksonville @wjxt4

JSO is on scene. pic.twitter.com/Ea2Xkd829o

One witness said the emu was chasing people around Hammond and Cahoon.

The Florida Fish and Wildlife Conservation Commission was called. Animal Control was also called to help wrangle the animal.

Crews were able to corral the large bird and, using nets, move it into a waiting trailer around 1 p.m.

Native to Australia, emus are the largest living bird after the ostrich and can reach up to nearly 100 pounds and a height of almost six feet. They run fast and can become aggressive.

Native to Australia, but a perfect fit for Florida Man!

If you think Florida emus are bad, try golfing with Colorado elk:

“The golfing went pretty good throughout the day until we got to the back nine and saw all the elk,” Bornhoft told CNN in a phone interview from the hospital.

He said they tried to steer clear of the animals and keep their distance. Bornhoft and one of his friends were in a golf cart between the 16th and 17th hole when a bull elk charged at them.

“This bull elk was just eyeing us down,” Bornhoft said. “We were slowly going forward and he started charging at us and he missed. My buddy gassed it to get away and the elk gored me on my right side.”

This is exactly why I don’t play golf.

All kidding aside, Bornhoft’s right kidney was torn in two, but reportedly he’s going to be OK.

Thank goodness for that.

WILD RIDE: A man climbed to the top of a severely bending palm tree in California to cut the top off with a chainsaw — and ended up swinging high in the air as the trunk rebounded 👀🌴 https://t.co/bzOXqT4YED pic.twitter.com/8tWm3DWFjt

This California story was aired by a Florida TV station, we assume because turnabout is fair play.

It’s exactly what you think it is:

The priest, identified by Nola.com as the Rev. Travis Clark, was busted after a passerby saw the lights on later than usual on Sept. 30 and peeked inside Saints Peter and Paul Roman Catholic Church in Pearl River.

The unidentified witness saw the half-naked priest having sex with the two women, who were dressed in corsets and high-heeled boots. The altar was also adorned with stage lighting, several sex toys, and a cellphone mounted on a tripod that was recording the act.

Previously On Florida Man Friday: In Which Colorado, New Jersey, and Especially Louisiana All Outdo Florida