There was so much Florida Man Friday material to sort through today, that I’m going to miss my deadline if I try to write a witty introduction.

So let’s dive right into this week’s…

I can’t even begin to tell you how much I enjoy attempted-escapes-from-the-police stories.

They have your name and address. Are you really going to stake your entire existence and spend a lifetime on the lam just to avoid some drug charges?

And for that matter, face a whole host of new charges, too.

A Big Pine Key man ate four baggies of heroin and escaped from an ambulance that was en route to a local hospital, sheriff’s officials said.

Deputies with the Monroe County Sheriff’s Office arrived to a home on the 1400 block of Merelyn Lane on Big Pine Key at 5:22 p.m. on Tuesday, Sept. 22. They found Ira Emil Kawzinsky incoherent, but responsive in a bedroom, a press release from MCSO said.

“Incoherent, but responsive” is going to be the title of my autobiography.

What happened next will not surprise you, but it might delight you:

Crews loaded Kawzinsky into an ambulance and started to drive towards the Lower Keys Medical Center on Stock Island while deputies followed behind.

The ambulance made a sudden stop near Mile Marker 30 in the center turn lane and then the rear door opened and Kawzinsky jumped out and ran away.

Florida Man was found and finally, successfully taken to the hospital.

Along the way, “Kawzinsky told the deputy that he ingested four bags of heroin before they arrived at the house. He also said that he might’ve blacked out during the incident.”

Florida Man went through all of that, including a failed escape attempt, just to admit to a deputy exactly what he’d done.

If this guy were any less smooth, he could replace Joe Biden at the top of the Democratic ticket.

Decades after felony conviction, still owing court fees, Florida woman appealing for clemency says she isn't sure if she can legally vote. Except state records show she voted as a Democrat in 2008, 2010, 2012, 2014, 2016 @DanielleIvanov @FreshTakeFla https://t.co/TdFgbW8gpO

Since when was not being sure if you could vote a deterrent to actually voting?

Ballot boxes don’t stuff themselves, folks, but fortunately, we have Florida Woman here to help.

It seems like everyone involved was really nice about the whole thing, including Florida Man himself.

Officers say it happened early Friday morning. Jermain Williams, 46, called 911 claiming there was a “dead body” at the McDonald’s on 6th Street NW in Winter Haven. Officers quickly responded to the fast-food restaurant, only to find Williams sitting at the curb. He had called simply because he wanted a ride home, police said.

Officers said they discovered Williams had made numerous calls earlier that night asking for a ride. Police say he was told if he needed medical help, officers could take him to get assistance.

But no, Williams told officers he just wanted a ride.

That was on Friday. As of Tuesday, Florida Man was reportedly still in jail, which seems excessive.

There is one other thought nagging at us. If Florida Man was desperate enough to make a fake 911 call to get a ride home from McDonald’s, what did he did to get a ride to McDonald’s?

Don’t Come Around Here No More

“Venezuelan owner says he would have said no to campaign’s visit.”

Previously On Florida Man Friday: We’re Begging You Not to Nurse the Nurse Sharks

Take a Bite Out of… Yardwork? 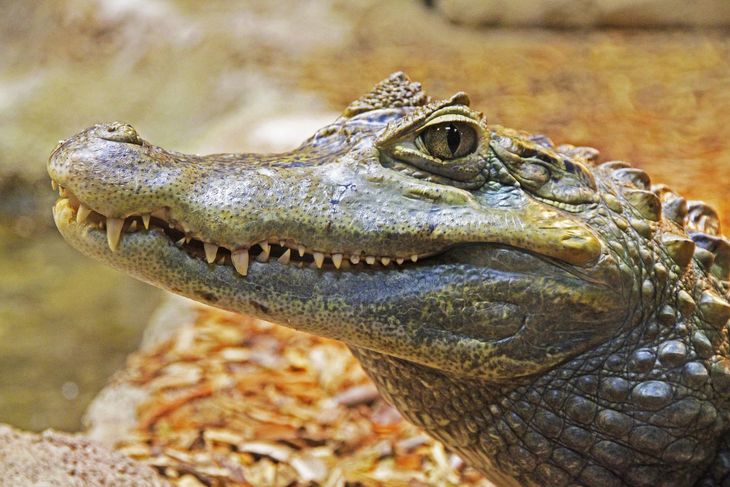 Florida Woman was treated for her injuries and is apparently going to be OK.

I just had to post this as an excuse to remind you that I’ll still gladly take the occasional bear in my garage over having toothy proto-shoes trying to chew my legs off in the front yard.

Related: Florida Man savagely attacked by gator after his Croc shoes get stuck in mud.

There’s a lesson in that for all of us.

All the right people are upset about this one, along with Florida governor finally lifting restaurant restrictions, so you’ve got to figure Florida is on the right track.

10 Items Or Less and Absolutely None of That

Florida Woman Farts in Line at Store, Tries to Stab Man Who Complained

Next time, just step away quietly and get into a different checkout line.

Why, Florida Man, Why?

Cat blood can’t possibly be that valuable, and if you catch Florida Man there’s a good chance he’ll tell you why he did it.

And then your brain will melt and you’ll be very sorry.

So just let it go.

I Don’t Know Art But I Know What I Like

Florida Man covers every wall and ceiling in his home with empty Budweiser cans https://t.co/WMDiOGNNHm

Instant karma’s gonna get… and there it goes. 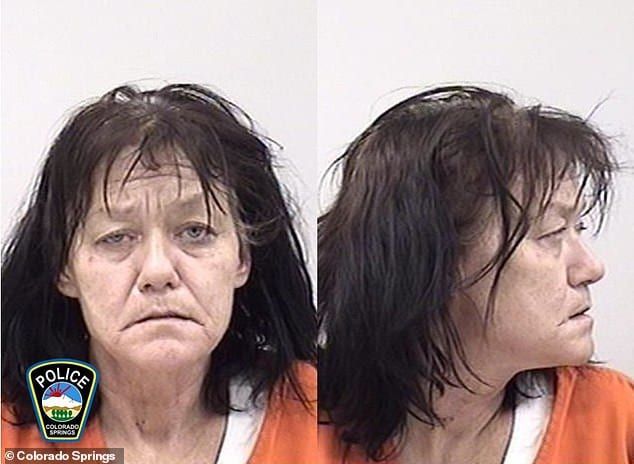 Bloodied man walks woman, 51, accused of kidnapping him into a Colorado hospital at gunpoint

From my beck of the woods:

‘Investigation revealed the man with the weapon at Penrose Main was actually the victim of the kidnapping and had managed to retrieve a weapon and force his captor to drive him to the hospital,’ police stated.

Colorado is every bit as weird as Florida. All we need to do is copy Florida’s best-in-the-nation Sunshine Law, and Colorado Man would take over.

As I’m sure you know by now, stories like these can mean only one thing: Florida Man has exactly one week to reclaim his crown of glory in time for the next exciting episode of…

Previously On Florida Man Friday: I’m Begging You to Never Pose as a Cop and Pull Over a Cop (Again)