Florida Man Friday: We're Begging You Not to Nurse the Nurse Sharks

It was a busy week in Florida Man news, even by the lofty — if you’ll allow me to abuse the heck out of that word — standards set long ago by Florida’s notorious-yet-totally-righteous Sunshine Law.

So without further ado, join me now on another thrill-a-minute…

OUCH 😖 | Video taken at a Florida beach shows a man staying totally calm while first responders try for several minutes to remove a shark that was latched onto his arm.@BriannaVolz has the crazy video and the details behind it in today's #ClickOontheGo: https://t.co/Ee0bnMgBuY pic.twitter.com/rGL7CUhKeP

This story in fact might be the most Florida Man story of all time.

This one has it all.

A beach, ocean surf, a shark, stoicism in the face of adversity, a stupid bet, and of course…

It really isn’t a proper Florida Man story without the presence of first responders.

Sue for What, Exactly?

If someone who isn’t a Miss wants me to call them a Miss, then fine.

But we’ve seen too many stories about what can happen when we lock someone up who isn’t a Miss with a bunch of people who actually are.

Could the police have been nicer? Maybe. But based on this report, it also might be that our faux Miss wasn’t being very nice, either.

Karla Bello, a 37-year-old home health worker, missed a court date to resolve a citation for driving with a suspended license. She was arrested in November and sent to the Pinellas County Jail.

Bello, who’s transgender, said that she was placed in a male housing unit, and that she was constantly called by her deadname, or the name given to her at birth, even after telling jail staff that she was a woman.

“They stripped me of my identity. Even though the whole world knows me as Karla, calls me ‘miss,’ they wanted to label me male, and they called me ‘sir,’ and it was very painful to have to endure that,” Bello told Tampa NPR station WUSF.

If someone’s identity is so easily “stripped” by the words of others, it isn’t a stretch to assume that it was never firmly attached.

Sorry for the rant on what is supposed to be a lighthearted Florida Man Friday.

Shall we get back on with the usual absurdities?

Now That’s What I Call a Stimulus Check

Maybe Florida Man was starting a pleasure cruise business, and who are we to say he wasn’t?

Quitting smoking 16, 17 years ago, was one of the most difficult things I ever had to do. All these years later and still sometimes the nicotine craving returns.

I’ve often thought how much easier it would have been had modern vaping been available back then.

But then I read stories like this one and realize that cold turkey was the way to go, hands down.

It Just Had to Be Florida Man, Didn’t It?

Rand Paul wrote the law with Breonna Taylor’s name on it, as I hope everyone is aware by now.

He and his wife were nearly accosted, anyway.

Where’s that white …er, female?… privilege when you need it most?

Any Other Week, This Would Have Been the Most Florida Man Story

Florida Man crashes into “Drive Sober or Get Pulled Over” sign, gets arrested for DUI

Bounty Cheramy, 22, was arrested after deputies found him near the damaged “Drive Sober or Get Pulled Over” sign.

Cheramy, reportedly, told deputies he was on the phone with a friend when he hit something, but was unsure of what he had hit.

He failed the field sobriety tests and blew over twice the legal limit in a breathalyzer test reaching a BAC of .166, according to the arrest report.

Florida Man didn’t get pulled over at all — the sign tricked him into an encounter with police, who, in conjunction with the road sign, had clearly framed him.

At least, that’s what you can expect his defense to be in court.

Previously On Florida Man Friday: You’ll Be in Your Bunk

In Florida, neighbors heard what they thought was a distressed woman shouting "Let me out! Let me out! Ohhh! Ohhh!" and immediately called 911. When police arrived, the woman turned out to be none other than a parrot named Rambohttps://t.co/JxBXYzCyQQ

“A parrot named Rambo” might be the best thing you’ve read all day.

This Is Why We Can’t Have Nice Statistics

You’re not paranoid. COVID probably isn’t out to get you.

Government statisticians, on the other hand…

So this is a thing that Florida Woman did:

The incident happened at about 6 p.m. Monday. According to the Marion County Sheriff’s Office’s report, Cyr approached Marion County firefighters conducting a fire investigation because she said she had information relevant to the case.

The firefighter told Cyr to leave the scene until they could speak with her later. When Cyr returned, she said she hadn’t witnessed anything and began calling the firefighter vulgarities.

Cyr was told to leave the area again, and she complied but returned with a soup can-filled sock. 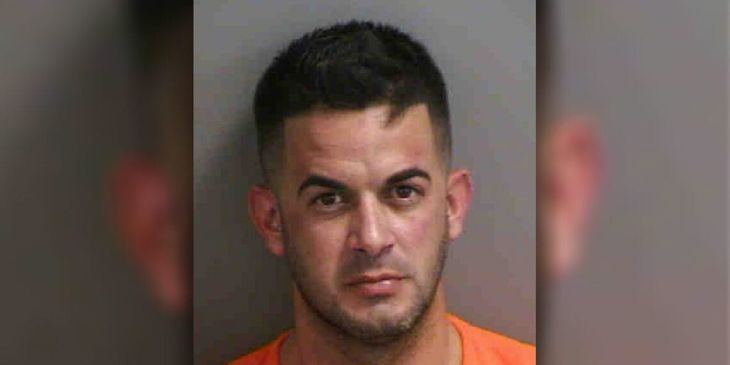 I have never been this drunk, I swear.

Alverez-Fernandez, reportedly, agreed to DUI field tests after explaining to deputies he had just come from the Havana Blue Lounge.

Alverez-Fernandez attempted to walk away several times even trying to urinate on the side of the road twice before deputies intervened.

According to the arrest report, deputies say Alverez-Fernandez spoke nearly fluent English throughout the entire incident even laughing and saying “This is stupid,” while attempting the field sobriety tests.

Alverez-Fernandez was handcuffed and arrested when he suddenly claimed to not speak English, reports say.

For some reason, police didn’t buy his estory, jefe.

Still, in the wise words of Lyle Lovett, “You’ve got to try. What would you be if you didn’t even try?”

This might be the most New York shit I’ve ever seen…down to the hit out of no where lol pic.twitter.com/toz8GCoYkp

Honestly, I had to read that headline three or four times before I got it through my head who had done what where to whom and why they’d have minded.

Andrew Christensen wants the council to mandate a name change. He says boneless chicken wings are just chicken tenders, which are already boneless, and shouldn’t be called chicken wings.

Thank you, Nebraska Man, for being the first to take up a cause I only wish I’d been brave and smart enough to take up myself.