Florida Man Friday: You'll Be in Your Bunk

Florida Man Friday isn’t just a time to sit back with a cocktail while letting your mind settle down into weekend mode.

It’s also a time of thanksgiving — for Florida’s best-in-the-nation sunshine law that requires practically every government document be made available to the public.

As State Attorney General Ashley Moody describes it, the law “provides that any records made or received by any public agency in the course of its official business are available for inspection, unless specifically exempted by the Florida Legislature. Over the years, the definition of what constitutes ‘public records’ has come to include not just traditional written documents such as papers, maps and books, but also tapes, photographs, film, sound recordings and records stored in computers.”

Plus mugshots of the criminally deranged, more than a few shocking police records of the high and mighty, and everything else in between — all in a state whose warm weather and gorgeous beaches and major theme parks attract a broad selection of humanity unlike almost anywhere else on Earth.

Two cheers — with a strong drink in hand — for open government.

With all that in mind, join me now on another thrill-a-minute…

Not one, but three. And not a one of them thought that maybe the crime spree could wait until they weren’t wearing trackers.

The South Florida Sun Sentinel reported that the three men were on pre-trial release and wearing monitors when they allegedly decided to go on a crime spree. They were arrested for burglaries, armed burglaries, fraud, gun thefts and other criminal acts. The seized evidence includes a wide variety of stolen goods including an AK-47, a Smith & Wesson handgun, more than $150,000 in cash, and stolen cards, a car, and other items.

If found guilty, the pattern would wipe out claims of remorse. It would show a premeditated and undeterred level of criminality that would push most judges to the higher levels of sentencing guidelines. It would also work against the defendant in terms of the court’s few of their continuing threat of criminality. In other words, this is a good case for a plea if the defense counsel can secure one.

I get the feeling that if Florida Men were offered a plea agreement, they’d try to run off with it.

Again You Find Yourself Asking, ‘Why, Florida Woman, Why?’

It seems unkind to nitpick at stories like this one, but on the unlikely chance you find yourself in a situation where you simply must urinate on someone and bite them, wouldn’t you do it the other way around?

Florida man caught with $20,000 in marijuana, narcotics wanted to be ‘good host’ at party

I never get invited to the really great bashes anymore.

Deputies pulled over Randy Mathews, 57, for not wearing his seat belt, deputies say. When they asked him where he was headed, he said he was headed to Daytona Beach to party with some girls.

Mathews consented to a search of his vehicle which resulted in the confiscation of 3.5 pounds of marijuana, 300 vaping cartridges containing THC, as well as pills and 21 THC gummy packs, according to deputies.

When asked about the contents of his vehicle, Mathews responded, “You have to be a good host,” deputies say.

A better country would pin a medal on Florida Man.

I met DWS today and I had one question for her pic.twitter.com/VtCHLRKyeQ

What did Florida Man hope to accomplish here?

Don’t You Love a Happy Ending?

“Any loss of life is tragic, but the victim was utilizing his Second Amendment right to protect himself and his family form the fear of Ronald who was carrying a gun and kicking in the door. I can’t imagine the fear they were going through.”

As far as I’m concerned, the warning shot is the sound of me working the action back.

This is Anna Paulina Luna. She just won the GOP primary in Florida's 13th Congressional District.
My kinda woman! pic.twitter.com/OoQXq6aED2

That’s Anna Paulina Luna and she has guts enough to take on Charlie Crist in Florida’s 13th congressional district.

Also, even though I hate getting political on Florida Man Friday, Crist is a weasel who doesn’t deserve to hold public office, while Luna is a total badass.

Her website is here if you want to know more. 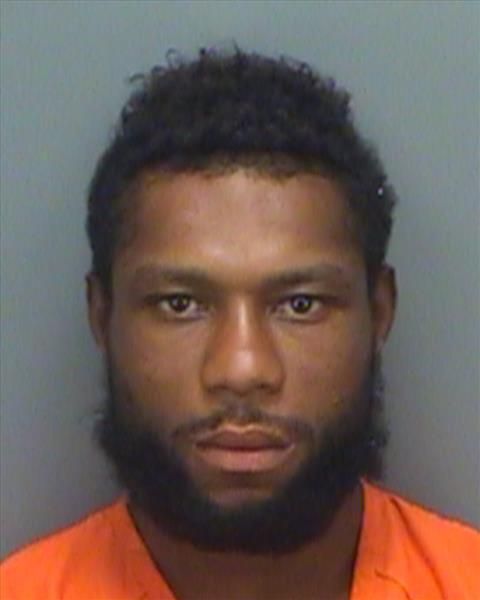 Perhaps Florida Man thought he wouldn’t be recognized because with that ticket suddenly he looked like a winner.

Not All Hereos Wear Capes

South Florida woman on a mission to clean up Miami Beach, one early morning at a time. https://t.co/4ZSyeIk37K

What? It Isn’t Like Anyone Else Was Using It

A homeless Florida man managed to live for two weeks in the luxury suite of a soccer stadium, allegedly stealing $1,043 worth of clothing and consuming $250 in food and drinks. https://t.co/kzajgbuyOs

Florida Man must be a really light eater, because the last time I bought stadium food, it was more than $250 just for a couple beers and four brats.

A Colorado man has started installing marijuana vending machines in Colorado, where the cannabis industry headed toward $2 billion a year in revenue. https://t.co/dtZynrt34y

It was only a matter of time, wasn’t it?

Dodd had recently renewed her license in Hickman County and when it came in the mail on Thursday, she was surprised to find that in place of her picture ID there was a photo of an empty chair.

“The lady at the DMV did not really believe me when I was like ‘hey, I need my license fixed,'” Dodd said.

“Then, she looked it up in the system and goes, ‘Oh, I need my manager for this.'”

She got it fixed, unfortunately.

It would have been more fun to keep it and whenever you had to show anyone a photo ID you’d say, “Whoa, my picture was there just a second ago.”

“Thank you, drive through.”

Previously On Florida Man Friday: Ever Been So Drunk You Assaulted a Restaurant?