Florida Man Friday: Ever Been So Drunk You Assaulted a Restaurant?

On this week’s Florida Man Friday you’ll see the easiest DUI arrest in history, jihad return to the Sunshine State, and Colorado Man give Florida Man his most serious competition to date.

So join me now on another thrilling installment of…

Best part of the exchange:

Florida Cop: How much you had to drink tonight?

Florida Cop: A couple? I think it was a little more than a couple.

Is it possible to get arrested for driving the lawnmower around your own yard after having a few beers on a sunny summer Saturday afternoon?

Asking for a friend, I swear.

Florida: Saudi woman who attacked cop with a knife left a note declaring it was jihad

You don’t see this every day, thank goodness:

One day in late May, Hiba Momtaz Al-Azhari showed up outside the Temple Terrace Police Department and told a receptionist she wanted to make a report about something that had happened a few days before.

A surveillance camera captured video of an officer coming out to talk with her. They spoke briefly before Al-Azhari reached in a purse and pulled out a large chef’s knife. She swung it at the officer, then charged as he backed away.

The officer several times told her to drop the knife. He and another nearby officer fired four gunshots. Al-Azhari was shot and later died at a hospital.

The Hillsborough State Attorney’s Office recounted those details in a statement released Tuesday, which announced that the officers’ actions were ruled justified.

If jihad really does mean “internal struggle” as we’ve been told so many times, apparently it’s the struggle to reach the internal organs of infidels with whatever weapon is handy.

Any attack is awful, but on the other hand, one dead jihadi and one live infidel is pretty good math if you ask me.

Florida Man steals beef jerky, then gets caught with heroin

Not to brag or anything, but the addictive nature of my homemade beef jerky has been compared to heroin, oxycontin, and crack cocaine.

The secret is in the brine and the wood for the smoke, and maybe someday if you’re all very nice to me I’ll share the recipe that took me two years and probably 100 pounds of various cuts of red meat to develop.

What were we talking about again?

Look before you leap, Florida Woman.

The Best Weapon Is the One Closest at Hand

Although I suppose there are exceptions to the rule about the best weapon.

Florida Man Lied to Get $60K in Coronavirus Loans

It was just two weeks ago that Florida Man was caught buying a $300,000 Lambo amongst many other high-priced items after defrauding PPP for nearly four million dollars.

Is Florida Man losing his touch? 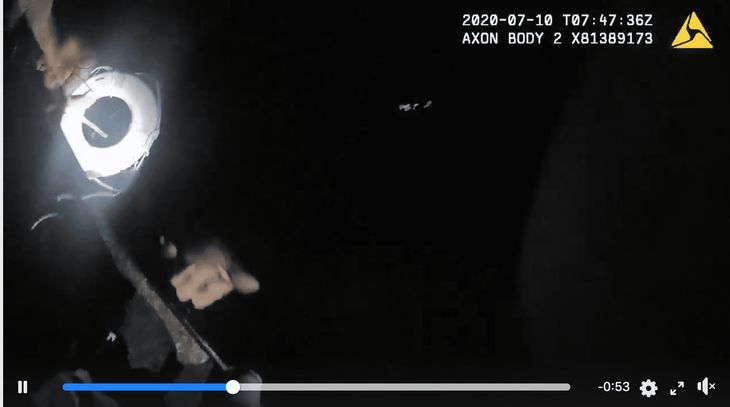 There’s video at this Facebook link that unfortunately I can’t get to embed properly.

Police say they rescued an intoxicated woman and her 4-year-old son from drowning in a Miami canal. The Miami-Dade Police Department reports the young child jumped into the water in an attempt to save his mother.

According to police, they received a call “regarding several people drowning in the canal” and discovered the woman and child. Police say they were able to grab ahold of the child and pull him to safety but the woman refused help in her state of intoxication. Eventually, the officers were able to save her after tossing out a lifeguard ring buoy.

Please never get so drunk that your four-year-old is forced to try and save you from drowning, OK?

You May Not Have Fries with That

Ever been so drunk you assaulted a restaurant?

Not a huge deal, until you get to the missing detail:

Emily Visnic, who recently moved from Connecticut to a West Palm Beach apartment, said she has her own laundry room in the residence and has no idea how a snake managed to get inside the appliance.

Typical Florida Man 🐊
Drinking soup out of a cup while I watch the daily thunderstorms 🌩 pic.twitter.com/2A4eyCwEvO

I had to do a doubletake to tell for sure if Florida Man was wearing any clothes, or was just garbed in his own tattoos, carnival sideshow-style.

It’s Always in the First Place You Look 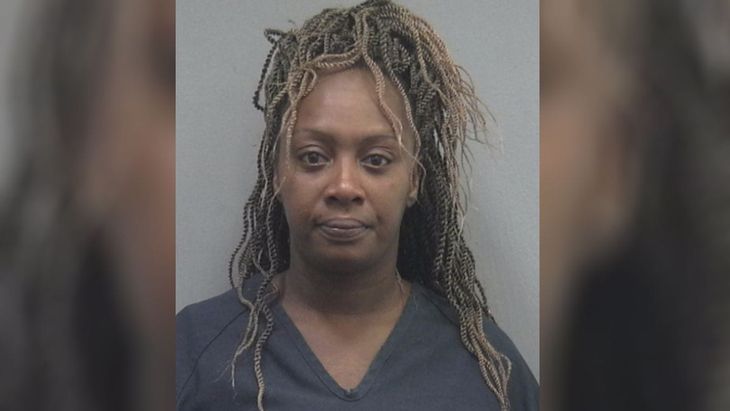 Florida Man is going to be OK.

Florida Woman clearly is not.

God Has a Message for Florida Man

'A BOLT FROM THE BLUE': A Florida man was inside his garage when a bolt of lightning struck a palm tree… on a clear sunny day! 😳😳😳 STORY: https://t.co/ope3fHo2tL pic.twitter.com/mbVTES1MRW

Chutzpah, Thy Name Is Florida Man 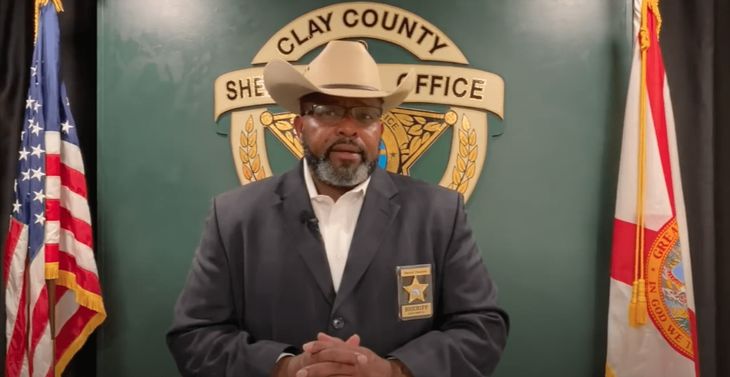 Florida Sheriff Arrested for Ordering Illegal Arrest of His Mistress

Clay County Sheriff Darryl Daniels handed himself in on Thursday, but claims the timing of the charges is suspicious — as he faces re-election in a matter of days.

Daniels said he was given an ultimatum by a special prosecutor to either resign or be arrested — so he chose the latter.

In May of 2019, Daniels himself called police claiming a stalker was following him in his car, and demanded she be arrested.

The woman was Jacksonville Sheriff’s Office corrections Cierra Smith, with whom Daniels had been having an affair since 2012 — it began when he was her superior at Jacksonville and continued after he was elected Sheriff of Clay County — the State Attorney’s Office claimed at the time.

It’s at this point that things get complicated.

And maybe we ought to wait and see how this whole thing plays out before we decide whether the “chutzpah” in the headline applies to Florida Sheriff or to Florida Special Prosecutor.

It so applies here.

Really, the boar had the upper hand on this one.

Viral video shows man hanging off back of truck at high speeds on I-25 https://t.co/bXl1wgrazl

Is Colorado the new Florida?

Only time will tell, so come back next week for another thrilling installment of…