Insanity Wrap needs to know: What’s a good excuse for refusing to testify before Congress, even remotely?

Answer: Pretty much any excuse but the one former FBI Deputy Director Andrew McCabe just gave. 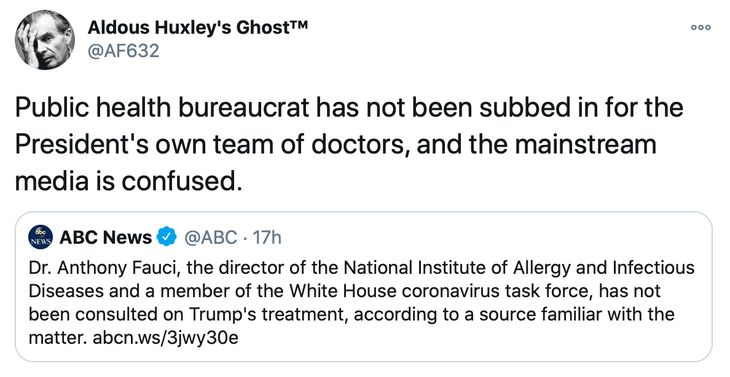 Insanity Wrap can’t do a better job — and we almost never say this — of defining “FUD” than Wikipedia already has:

Fear, uncertainty, and doubt (often shortened to FUD) is a disinformation strategy used in sales, marketing, public relations, politics, polling, cults, and propaganda. FUD is generally a strategy to influence perception by disseminating negative and dubious or false information and a manifestation of the appeal to fear.

We do not, however, live in a sane world.

We live in a world where sane people must spend ever-increasing amounts of time and effort fighting against FUD.

Given Brandolini’s Law — AKA the Bullshit Asymmetry Principle — it’s a neverending effort.

But how else do we stay sane in an insane world?

Insanity Wrap will have that double Bloody Mary for breakfast again.

McCabe: I Will Not Testify Out of Fear For My Health … Even Remotely

This one comes to us courtesy of Jonathan Turley:

Former FBI Deputy Director (and CNN contributor) Andrew McCabe has long said that he was willing to answer questions under oath about his controversial actions in the Russian investigation. He was scheduled to do so on Tuesday, but he now has refused — citing the infection of three senators with Covid-19. However, McCabe also refuses to testify remotely as did both former FBI Director James Comey and former Deputy Attorney General Sally Yates. He simply says that “fairness” dictates that he not testify at all. The basis for his refusal to appear remotely is utterly and almost comically absurd.

Insanity Wrap would quibble only with one word in that last sentence: “Almost.”

“Transparently, comically absurd” would hit a bit closer to the mark, yes?

Previously On Insanity Wrap: Is That a Pipe Bomb in Your Pocket Or Are You Just Happy to Arrest Me?

Insanity Wrap isn’t quite sure what it is exactly that she’s protesting, but we’re forced to assume that it must be something quite awful.

We are, however, completely sure that they need to start serving booze on the airplanes again.

On a somewhat more serious note, we do have two examples of actual protest from this weekend, and one of them isn’t even mock-“mostly peaceful,” it’s entirely peaceful.

But before we get to that, this:

HAPPENING NOW: Antifa Militants and Black Lives Matter Rioters break into and launch fireworks inside Starbucks.@SeattlePD declared this protest a riot and issued an order to disperse. #seattleprotests pic.twitter.com/lrFguvqRBX

They sell some nice beans, but Insanity Wrap has never enjoyed a cup of coffee that Starbucks brewed themselves.

But that’s no reason to vandalize the place and to try setting it on fire.

What’s that? It isn’t a protest about coffee? Instead, it’s an organized riot meant to instill terror in the local population in order to advance a statist political agenda?

Let’s take a look at how the other side advances their cause.

A caravan of more than 100 vehicles driven by out-of-town Trump supporters brought Fifth Avenue to a halt early Sunday — the latest show of support for the coronavirus-stricken president.

The long line of cars, trucks and motorcycles had mostly driven into the city from Long Island — grinding traffic to halt for at least 30 minutes as they arrived to loudly cheer for the president outside his Trump Tower home.

They constantly blared horns and waved flags — with loud chants of “four more years!” in support of the commander in chief’s re-election bid.

The noise stopped for at least a moment as the group called for a moment of silence to send a prayer.

Just to be clear, Insanity Wrap would remind you that the caravaners didn’t close 5th Avenue BLM-antifa style by setting up privatized roadblocks and illegally preventing people from traveling.

There were just so many of them showing up to support their cause, that they created a traffic jam.

A local security guard said, “It was peaceful, no stress. Nobody was hassling anybody.”

That’s the way it’s supposed to be done when your cause and your methods are both just.

These days, the craziest person is the one who will publish actual numbers and facts.

Insanity Wrap wouldn’t bother anyone with these endless stories, but this man has a non-zero chance of being the next president, even if only very briefly.

The presidential nominee appeared to stumble over its name, and became confused by the size of the stimulus package.

“You may remember, when we went through this with the Great… with the uh, that, that, uh, uh, the single most significant recession in American history short of a depression, and Barack and I came into office and we were inherited the Bush recession, I was asked to manage the recovery act which was $80 billion. Eighty billion do… excuse me, $800 billion,” Biden said.

Biden is known for his gaffes. He recently suggested 200 million people would die of COVID-19 by the time he finished his speech.

Spoiler: 200 million people did not die.

Today MSM: he's being visible and jeopardizing the lives of the Secret Service like a psychopath!

Also MSM: he didn't invite us to go with him which is outrageous https://t.co/Q84TVsyZWm

So Insanity Wrap will concede that there’s probably very little else for them to do but make irrational complaints while spreading FUD.

Previously On Insanity Wrap: Obsessed Left Wants Everyone Who Isn’t Them to Just Die Already