Updated: Hasbro Appears to Panic After Announcing Mr. Potato Head Is No Longer a Mister

Mr. Potato Head is gone and he has been replaced with a box of gender-fluid spuds. The reaction to that announcement Thursday caused the company to remove the announcement blowing up “Mr.” Potato Head’s identity and making the toy more gender-neutral. Granted, the company didn’t say “gender-neutral” but that was understood when it said it was making the move ” to promote gender equality and inclusion” and then issued a video blowing up the word “Mr.”

Hasbro announced the change on Thursday using a produced video that blows up “Mr.”

Hasbro is making sure all feel welcome in the Potato Head world by officially dropping the Mr. from the Mr. Potato Head brand name and logo to promote gender equality and inclusion. In the fall, the new Potato Family Pack “Create Your Potato Head Family” will celebrate the many faces of families allowing kids to imagine and create their own Potato Head family.

The name change will come with a fresh branding look with a whimsical color palette and more inclusive messaging along with new product to appeal to the modern consumer.

As I wrote before, “now, Mister Potato Head will be erased into Leftist oblivion – like girls’ sports and books about COVID on Amazon – which are relics of a time when men were potatoes and women were, too.” But the company insists Mr. and Mrs. will survive. 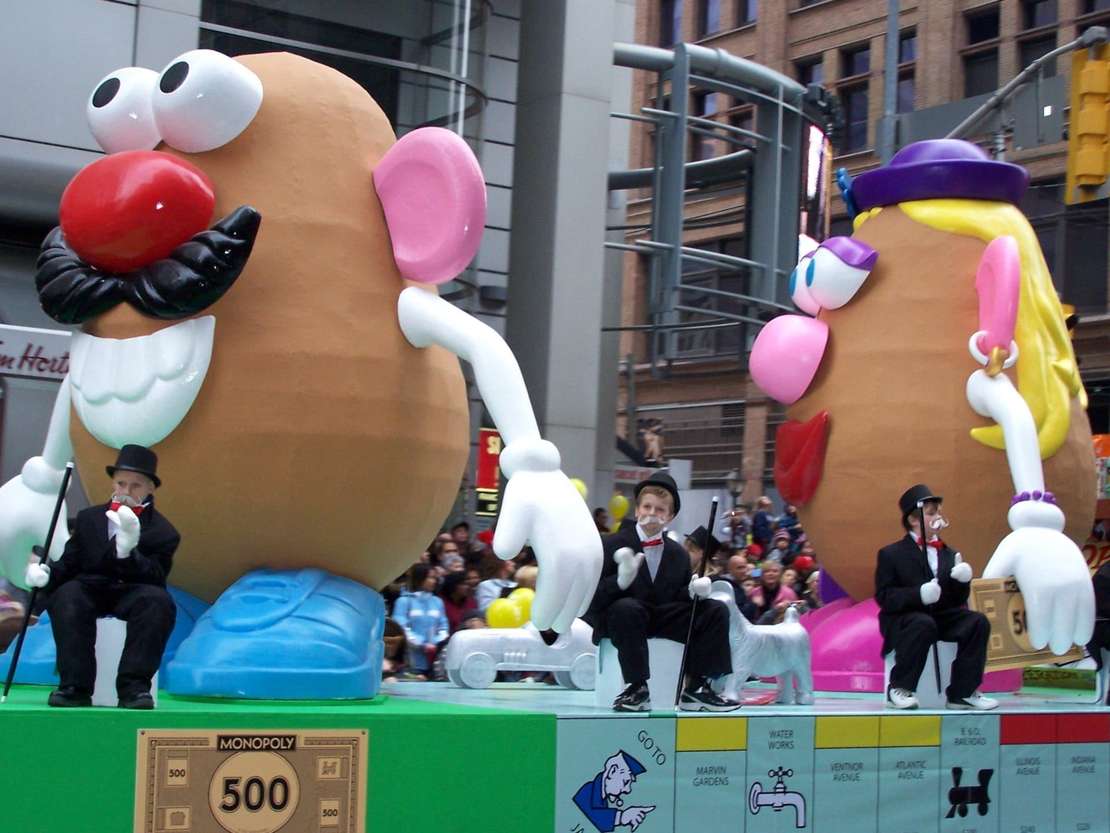 Originally, I reported, “There will be no more gender-specific anthropomorphic attributions to the tuber, who has been a staple in the kids’ toy box for 70 years. There will only be a box of two large potatoes and smaller potatoes, one assumes are children” as you can see in the box below. But now Hasbro says Mr. and Mrs. Potato Head will be sold as gender-specific and in separate boxes. 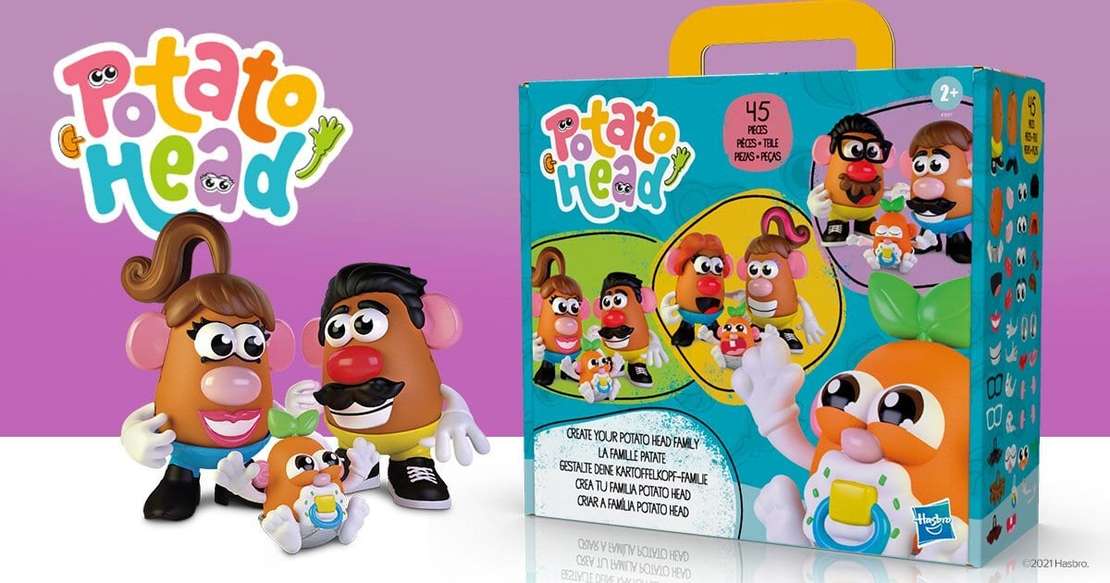 Notice that photo above. After what must have been big-time blowback, the company removed the original photo and announcement about neutering Mr. Potato Head. Hours later, Hasbro replaced it with a photo on the revamped website.

Even though the company never mentioned the original neutering announcement on Twitter, Hasbro put up a photo of Mr. and Mrs. Potato Head on Twitter saying that they weren’t going anywhere. What are you people talking about?

The original announcement on gender inclusiveness was scrubbed from the company’s website for the time being.

The company replaced the old message seen above with this:

An advertising agency called Bigeye conducted a survey of 2,000 Americans from all age groups and backgrounds to find the “cisgender” stuff is getting more and more passé. Gee, I can’t imagine why, what with inculcating erasure of gender in schools, universities, and rioting members of society. Weird.

One-half of Generation Z agree that traditional gender roles and binary labels are outdated. Agreement is highest among Millennials, at 56 percent.

Over half (51 percent) of all respondents agree that, in a decade, we will associate gender with stereotypical personality traits, products, and occupations much less than we do today.

As it has done before to placate environmentalists with a green version, Mr. Potato Head is going along with the latest craze of erasing gender.

American Girl is making boy dolls now. Thomas the Tank Engine is including girls. Barbie’s still Barbie – unless they offer a drag version, which would probably sell out.

Mr. Potato Head has already been experimenting with different identities, swapping out his spud exterior with Spider-Man.

It’s not enough, apparently, to be able to dress up Mr. Potato Head anyway you want, no.

Companies going along with the erasure of basic genders communicate that the gender you were born into isn’t OK anymore but is malleable. In fact, you can choose it.

It’s not OK to be one of two binary genders. So it looks like Mrs. Potato Head might be out.

Society is not truly free or safe until all Potato Heads can use the planter of their choice.

"I didn't go through 12 years of medical school to be called MISTER Potato head!"

Does anyone want to address the fact that we all grew up playing w Potato Head. Every time we eat Fries we are eating our friend? Anyone who eats fries is a murderer.

Victoria Taft is the host of “The Adult in the Room Podcast With Victoria Taft” where you can hear her series on “Antifa Versus Mike Strickland.” Find it  here.Follow her on Facebook,  Twitter, Parler, MeWe, Minds @VictoriaTaft

‘Give It a Try!’ Seattle-Backed Homeless Shelter Provides Pipes to Smoke Heroin and Advice on ‘Booty Bumping’