Biden's Broken Border: A Crisis by the Numbers 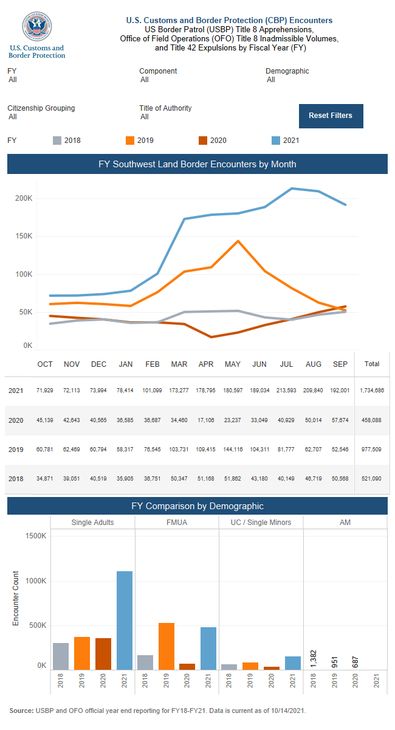 And don’t forget, these numbers are simply the “migrant” encounters that were recorded by the U.S. Border Patrol and the Office of Field Operations (OFO). Just imagine how many thousands more people entered the country illegally and undetected. Imagine how many of those were not only breaking our immigration laws, but are also violent and deviant criminals intent on doing Americans harm while the left feebly snivels and claims anyone who demands our border be secured and lawfully regulated is racist and hateful. 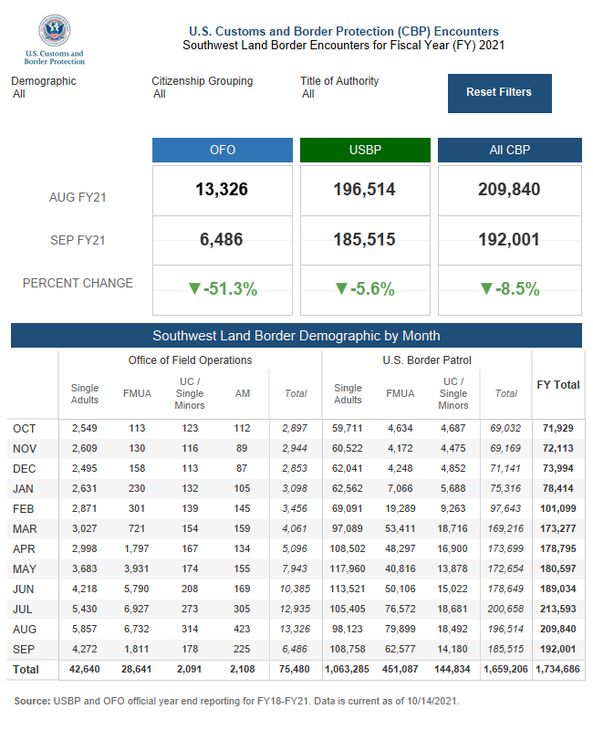 The CBP data show that the number of single adults encountered at the border by CBP and OFO is up 8.7% this fiscal year. The majority of these “migrants” are young males, not families and children as the left likes to claim. Many of them are multiple-time illegal immigration offenders as well as gang members and convicted criminals. On Wednesday, Fox’s Bill Melugin reported that in just a span of hours Border Patrol in the Rio Grande Valley “arrested three gang members who crossed illegally: one MS 13 with homicide charges in New York; one MS 13 with homicide arrest in El Salvador; and one18th Street member who was deported last month.”

Meanwhile, every single day—including today—Melugin reports on the number of so-called “migrants” who keep pouring across the wide-open Biden/Harris border:

Groups of migrants are crossing the Rio Grande and are emerging from the brush in front of us in La Joya, TX. There is a steady stream of them and they tell us there are more crossing the river right now. @FoxNews pic.twitter.com/OtICRvbBSt

These groups of suspiciously clean, fashionably clothed, and seemingly not exhausted “migrants” streaming from the brush after somehow crossing the Rio Grande River unscathed certainly do make one wonder exactly how these people are getting to the border and who exactly is funding their months-long journeys. If only we had a president or a vice president who could find the time or who cared enough about the safety of the American people to not only visit the border, but do something to secure it— you know, like they both took an oath to do.

Gwendolyn Sims is a freelance contributor to PJMedia where she covers current news, politics, and culture. She is based in Southern California—for now—but her heart remains in Real America.  Follow her on Twitter and Parler.
Read more by Gwendolyn Sims
Tags: BORDER ILLEGAL IMMIGRATION BORDER PATROL BORDER CRISIS