Rep. Ayanna Pressley Tweets 'You Can't Be Anti-Racist' Unless You Support This Massively Regressive Policy She Likes 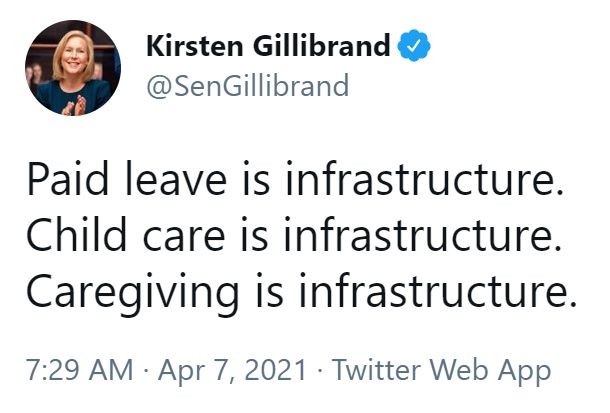 Everything is infrastructure! That assault on our language didn’t help sell Biden’s irresponsible and deceptive “infrastructure” bill. Gillibrand earned derision and mockery on Twitter to the point that it seemed we’d have to wait a while for another Democrat to tweet something that made less sense and attracted as much snark. 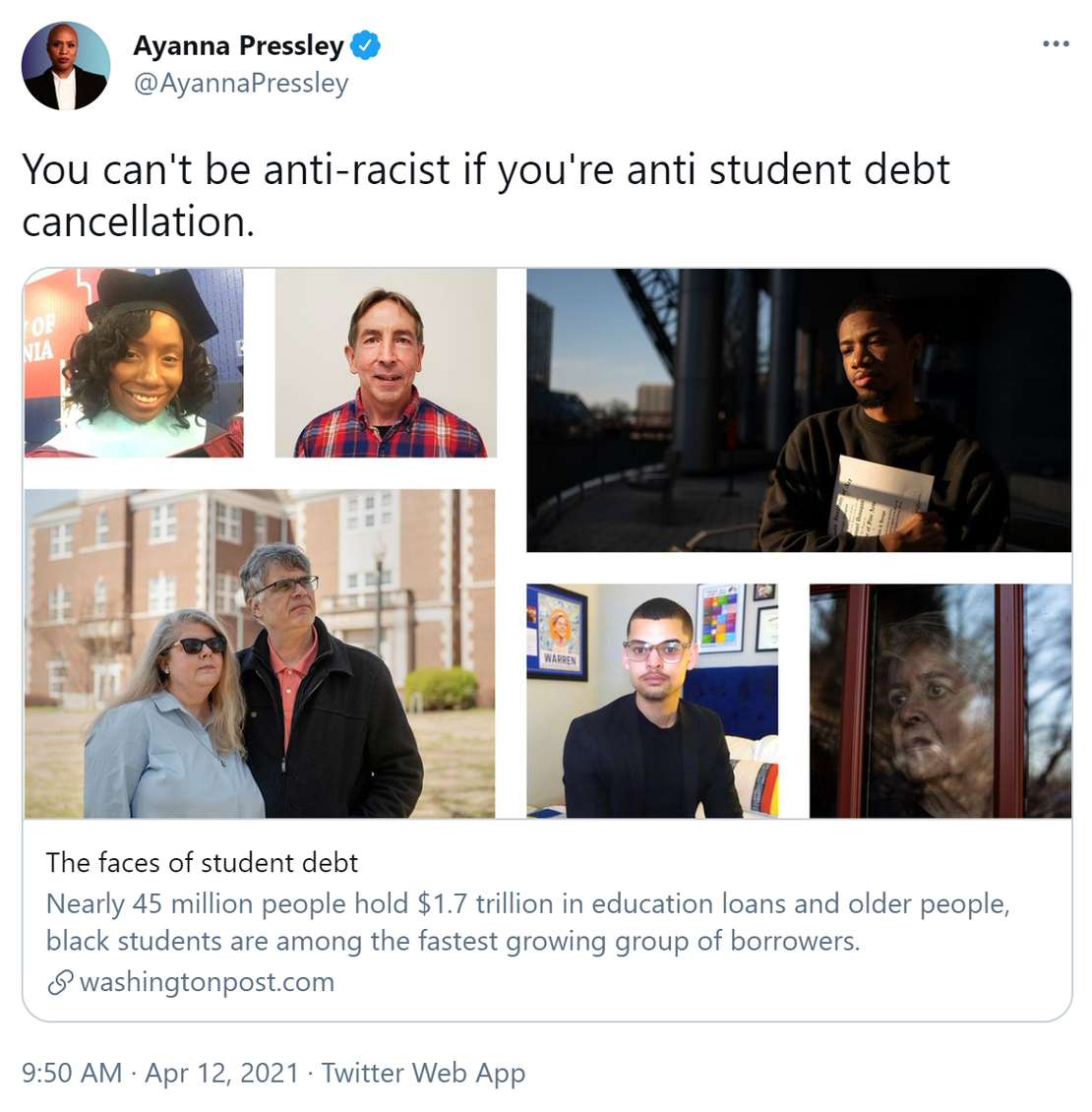 Never mind the impressive combination of race-baiting and gaslighting she managed to pack into that one tweet. Pressley isn’t even close to correct on the economics here. JP Morgan Chase studied the issue of student debt cancellation and found that it would disproportionately help the middle and upper classes at the expense of lower-income Americans.

We find that a disproportionate amount of debt forgiveness goes to middle- or high-income households under all the cancellation scenarios we consider because higher-income households tend to hold more student debt. However, more aggressive income targeting can make a cancellation program significantly more progressive.

Sure, income targeting could change the balance. But that’s not what Pressley said. Pressley made a blanket statement that you can’t be anti-racist if you don’t support any and all student debt cancellation.

You can't be progressive if you want to subsidize the rich on the backs of the poor.

There's a lot of things wrong with our system of higher education.

This fixes none of them. pic.twitter.com/YdGg2MlO13

Again, this ain’t the move… pic.twitter.com/BdZ2vpaW8r

Yes you can. Unfair to those who actually worked to pay off their own Debt. Can’t pay, don’t borrow.

Not true. Take down this tweet, I thought you were better than this.

Wealthy, elite Democrats keep pushing this policy, which disproportionately helps affluent white people, and Pressly says you can’t be anti-racist unless you’re in favor of this massive wealth transfer. No one is addressing the root causes behind the fact that the cost of higher education has blown past inflation and run laps around it — even while COVID kept students off-campus and on Zoom. Democrats never will; they’d lose the university tenured professor and administrator vote if they did.