Florida Man Friday: If I Had a Hammer...

We’ve got a lot to cover this week, so let’s just get right to it on another thrill-a-minute episode of…

Man Claims Guns Found in His Car Belongs to his Cousin, 'John Wick'

A Florida man who was arrested for possession of guns allegedly tried to blame a weapon bust on John Wick, the famous assassin played by Keanu Reeves in the popular #GetroGelin #Johnwick https://t.co/RZcO0I5qTL pic.twitter.com/RDUsbGqPNb

Thank you to pretty much everyone for bringing this one to my attention.

Police confronted Getro Gelin, 27, at his Port St. Lucie home Sunday after a woman told police he shoved her to the ground and threatened her with a firearm, according to an arrest affidavit obtained by The Smoking Gun.

The woman told authorities Gelin may have stashed the weapon in his Porsche SUV, according to the report.

When cops searched the vehicle, they found a Glock 21 pistol, a semi-automatic rifle, and a bulletproof vest, according to the report.

When asked to explain, he said that the SUV wasn’t even his anymore that he’d sold it “to his cousin John Wick,” according to the affidavit.

But he later admitted the John Wick reference was a lie, but “would not reveal his cousin’s name,” authorities said.

No word yet from local authorities whether Gelin was also found with a stash of gold coins. 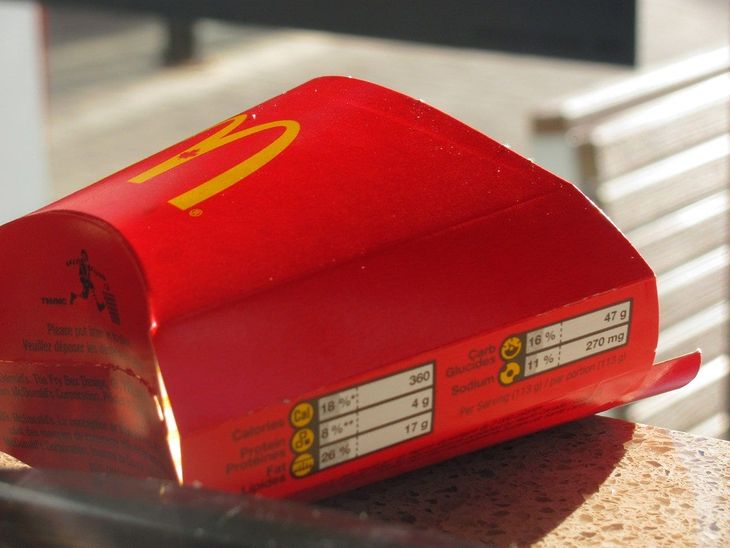 (Image by Quartzla from Pixabay.)

NBC affiliate WBBH-TV reports the incident took place this weekend at a McDonald’s in Charlotte County, when Jessica Hernandez wouldn’t move her car out of the parking lot.

The woman behind Hernandez honked her horn, after which police say Hernandez followed her and waved the weapon in a threatening manner.

Deputies questioned Hernandez about the gun, which she initially said she didn’t have but later admitted it was her nephew’s gun that had been left in her car.

Any chance her nephew is named John Wick?

if your opinion of Florida is solely based on Florida Man articles
Floridians are legally allowed to kick your ass, sorry I don’t make the rules

(Image by Skupshikov from Pixabay.)

I had to do a double-take on this one:

A police officer was suspended after an internal investigation found he used his Taser on his then-fiancée and a family friend.

The two gave Officer John Pace their permission to use the weapon them, according to the St. Petersburg Police Department.

Pace was handed a 160-hour suspension without pay, removed from specialized units for 18 months and referred to the department’s employee assistance program, police said. He will also have to meet with his supervisor once a month to ensure he’s using his Taser properly.

• Why did Pave’s fiancee and their friend give permission to Pave to tase them?

• If Pave had permission to tase his fiancee, why are they no longer engaged?

• What happened to the friend: Are they still friends?

• What does an employee assistance program do? Does it provide lessons in not tasing people even when they say they want to get tased?

• Why does Pave need his supervisor to show him how to use his taser properly? Did his then-fiancee and friend somehow not end up squirming on the floor?

• If so, did his fiancee leave him because he just doesn’t know how to properly tase?

• Who the flying flipper would do that, anyway?

This very considerate FedEx driver took the time to clean a package with sanitizing wipes after seeing a note on a family's front door warning that a girl who lives there has an autoimmune disorder. https://t.co/eiJ5V8aX9I pic.twitter.com/xZoEJLNzmd

You keep being awesome, Florida Man.

How Do You Do That Voodoo That You Do So Well?

Here’s another good one .. Clearwater woman is selling Trump voodoo dolls to benefit local food bank! 🤣😂 Only in FLORIDA .. 😂 pic.twitter.com/ddwsiLBauW

And I thought I was bored during the Virus Insanity Shut-In Time.

Or Maybe This Is The Most Florida Man Story Ever 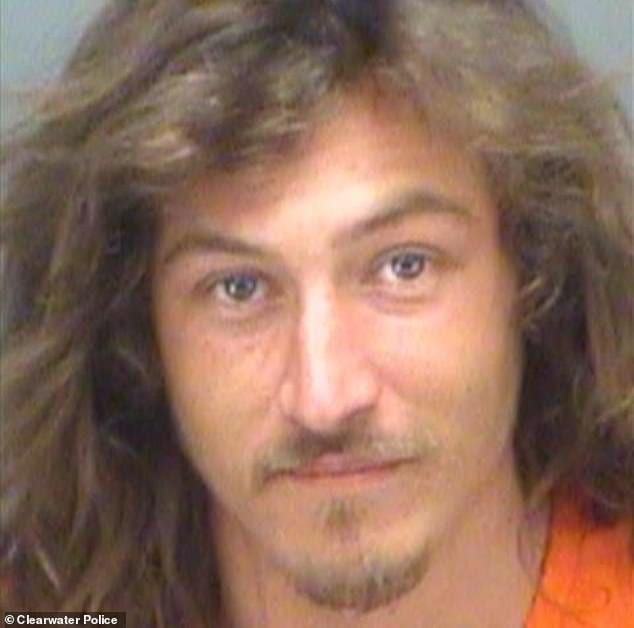 ‘Bored’ man is arrested for driving on Florida beach closed during lockdown and leading police on 35mph chase that ended in a hotel parking lot.

Seriously, my boredom can’t hold a candle to what’s (not) going on in Florida.

John McGarry, 25, of Idaho, was arrested after onlookers spotted him driving on Sand Key Beach, says the Clearwater Police Department.

Cops say McGarry drove at speeds of up to 35 miles-per-hour on the sand and was chased by officers who apprehended him in the parking lot of the Sheraton Sand Key as he was trying to flee.

He said he had driven on the closed beach ‘out of boredom,’ say the cops, reports the Tampa Bay Times.

Clearwater and Pinellas County beaches remain closed amid efforts to slow and contain the spread of the deadly flu-like virus, also known as COVID-19.

Idaho Man was clearly following social distancing rules, only to be rudely arrested by police who, we may safely assume, got well within six feet to arrest him.

If we can’t drive on empty beaches when we’re bored, then why is there an America, anyway?

Do Not Mess With Florida Woman

Seriously, just don’t. Hopefully Florida Man got a lesson he’ll take with him to… well, wherever anyone goes during the Great American Quarantine.

• Florida Woman’s ex faces prison time for sending dead rat in mail. (In his defense, do you have any idea how expensive it would be to ship a dead gator?)

• Two Florida Men use brick paver to break into convenience store, steal rolling papers. (Smoke’em if you got’em, and even if you don’t.)

And now, back to our regularly-scheduled news. 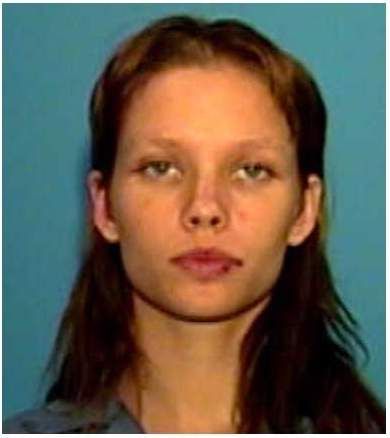 Florida Woman Accused of Beating Man With a Candy Cane.

How to make the punishment fit this particular crime is best left up to the wisdom of Solomon, assuming he’s on a bender.

Well, He’s Still Not Back at Work

Deputies say a man in Florida told them he called in a fake bomb threat because he wanted to get out of work.https://t.co/lipmzVw75U

You know what the problem is with working from home? If I call in a bomb threat, then I have to leave my own house, and then probably get arrested for the fake bomb threat AND for breaking quarantine.

Her Only Crime Was Caring Too Much</h4?

Florida woman stole Xanax and Percocet from the Walgreens she works at in an effort to keep the store from being robbed https://t.co/Uj12S4SkCH pic.twitter.com/NJfc2nG7VL

Compared to what some people will do for Xanax and Percocet, maybe we should give Florida Woman a pass on this one.

It is a wash and wax job James Stratford will never forget.

“He asked me to clean the truck, so before he got to the truck I said, ‘Hey, whatever you want, you take with you. Whatever is in here, goes in the trash. He said, ‘OK, no problem,’” said Stratford, who owns My 5 Mobile Detailing.

A few hours after he was done cleaning Russell Mir’s car, he got a phone call from Mir about money he lost.

“What kind of money you talking about? So, he said $20,000, and I jumped. I jumped straight to my feet,” said Stratford.

Mir owns several gas stations and convenience stores in the area. He was going to deposit the cash, but forgot three bags full of money under the passenger seat of his car before handing it over to Stratford for a wash.

“I almost had a heart attack to be honest. I could not pay my employees. I couldn’t keep the door open. I don’t know what I would do,” said Mir.

Or Maybe THIS Is the Most Florida Man Story Ever

When a #Florida man is telling cops something is going on behind The Green Door. https://t.co/8KHP1j82kd

Deputies found drugs and drug paraphernalia inside, surprising exactly no one.

Florida Woman accused of renting out other people’s vacation homes.

What? They were just sitting there.

Florida man on his way to fly one of these #UFOs pic.twitter.com/aB1kjlIIjC 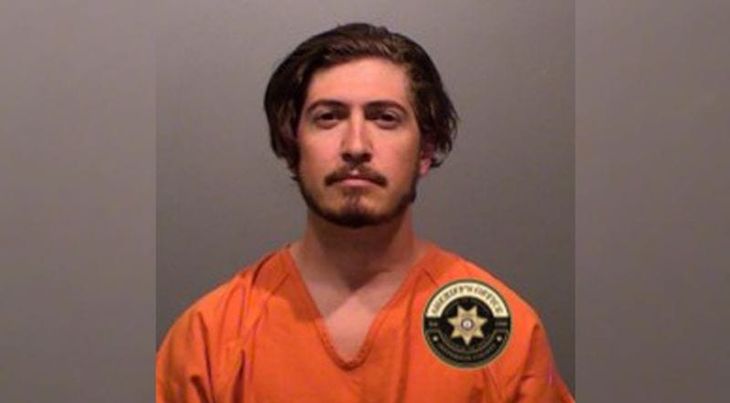 You know that sinking feeling you get when you do something irreversible on accident, and you realize what you’ve done just a split second too late to stop it, which makes your sinking feeling sink even deeper?

The Denver Channel reports David Pangallo, 34, dropped a pair of coke-filled baggies into a tube at a Jefferson County drive-thru, according to cops. Upon receiving the cash and coke deposit, which Pangallo allegedly said was accidental, a teller called police to tell them what happened.

Cops reportedly found more drugs in Pagnallo’s car though its unclear how much cocaine the baggies allegedly contained nor is it clear what exactly was discovered in Pagnallo’s automobile.

I’m gonna guess maybe more drugs and some cash of questionable provenance, but that’s just because I know Colorado Man so well.

More importantly, the bank that doesn’t call these things in to the police, but instead invites you inside for a little impromptu party? That’s the place I want to bank.

Or maybe I’m just a little stir crazy from the VISIT. You make the call!

As you know by now, a story like Colorado Man’s means only one thing: Florida Man has just one week to reclaim his crown of glory in time for the next thrilling episode of…