Lenin Is Not Happy With Bernie Sanders...

This Bernie say he demokraticheskiye sotsialisty. Of course lie, but so what? Been communist since age 9 or my name not VI Lenin. Love Mao, love Pol Pot, love Castro more than mother (have picture Che in wallet and under pillow), love Chavez, love this Maduro more fat than Brezhnev who now cause more trouble than worth, go to Soviet Union for wedding and dance around with no shirt singing dumb folk song from twenties, even look like lost brother Pete Seeger. Make fool of self in general. And I not even look Wayback machine.

He even say “breadlines” good. What is wrong with person? Everyone know — you want to win as revolutionary, go undercover. Win election as “democratic” socialist, then declare martial law. Like Comrade Erdoğan.

But okay. Bernie finally do something right — tell Harvard girl from town hall with parents who run away Russia he against so-called cruel Soviet state. No one believe, but again so what?

But then he make mistake like pridurok (that imbecile in Russian). Say terrorist with crazy brother Chechnya who murder people Boston race should vote U.S. election! (Not even Rolling Stone that dumb!) Then rapist vote too. Maybe serial killer, child molester. Who know?

How stupid that? First, everyone think he bolvan (that mean numbskull) but worse.  What is matter with man after sixty year reading under blanket all message young communist league training school direct from summer camp Crimea? He learn nothing? He absolutely forget most important advice Comrade Stalin (yes, Stalin make many error but this true): It not who make vote that count. It who count vote.

Anyway, Bolsheviki never give up. We have better candidate cretin Bernie. Man from Indiana I complain before nobody pronounce name. My mistake. Maybe that good. Stay more undercover that way. Lie about everything, then….

Vladimir Lenin was a great revolutionary leader now deceased… or is he? 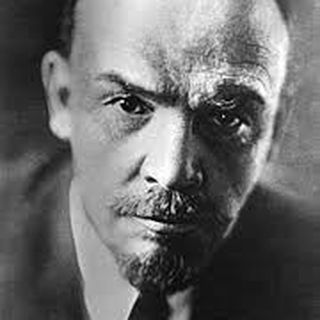 Vladimir Ilyich Lenin — politician and political theorist — served as head of government of Soviet Russia from 1917 to 1924 and of the Soviet Union from 1922 to 1924.
Read more by Vladimir Ilyich Lenin
Tags: 2020 PRESIDENTIAL ELECTION BERNIE SANDERS SOCIALISM