It will be an interesting week watching to see how the Republicans counter last week’s DNC convention. Predictably, the Democrats got glowing press and they’re all still swooning over Joe Biden’s speech. Those of us here on planet Earth who saw it know that it was a sleepy affair. Here’s hoping whatever the GOP does this week is a little more caffeinated.

My colleagues here will again be liveblogging each night of the RNC. The link will be at the top of the home page.

Let’s get back to our would-be Empathetic Grandpa-in-Chief, Joe Biden.

Biden has been angling for the presidency since the 1980s. His first bid was derailed by accusations of plagiarism from his college days.

Well, it looks like Grandpa Gropes may be up to his old ways again.

Matt wrote a post on Saturday examining an allegation that Biden’s sleepwalk of a speech last Thursday night was a bit similar to a letter that was written by a Canadian politician:

Joe Biden has been dogged by plagiarism accusations for years, and his Thursday night speech formally accepting the Democratic nomination for president will not go down in history as a speech he wasn’t accused of plagiarizing.

According to Alexander Panetta, the Washington correspondent for CBC News, “a number of Canadians” found part of Biden’s speech to be very “similar” to Canadian politician Jack Layton’s farewell letter before his death.

As Matt points out, nothing was lifted verbatim, but it was similar enough to make it sound familiar to a lot of Canadians.

Given his past, Biden’s speechwriters should be extra-vigilant about even giving the appearance of plagiarism. Matt also notes that, even though this example may not be textbook plagiarism, Biden’s history makes it easy to think it may be a mild repackaging.

Matt’s post goes into detail about Biden’s other plagiarism transgressions, which do not reflect well on a candidate who babbles incessantly about character.

A tendency towards plagiarism is a sign of an unoriginal mind, a description that certainly fits Biden.

One of Biden’s main campaign points is to hammer President Trump about how he has handled the response to the coronavirus pandemic. One would presume that Biden’s approach would be radically different since he is using it as a major selling point while advocating for regime change.

One would be wrong.

Minus the need for more rapid testing, everything Biden is proposing right now on combatting Wuhan coronavirus President Trump has already done

On Friday, the editorial board of the Wall Street Journal came to essentially the same conclusion.

If our political mainstream media had any integrity or intellectual curiosity Biden would be getting raked over the coals for this. As we are all painfully aware, however, the MSM exists solely to carry this rotting carcass of a candidate across the finish line.

Biden and his handlers will no doubt “borrow” more things as the campaign goes on. It’s not as if he is a wellspring of fresh ideas who gives them new material to work with. Kamala Harris isn’t bringing a lot of policy acumen to the ticket. She’s mostly there just to sneer at the president.

Nothing about the Democratic ticket is as it is being portrayed by the media. A good rule of thumb going forward is to just assume the opposite of what you are reading about Biden or Harris is true.

That’s going to be the plan here.

“War for the White House” Podcast 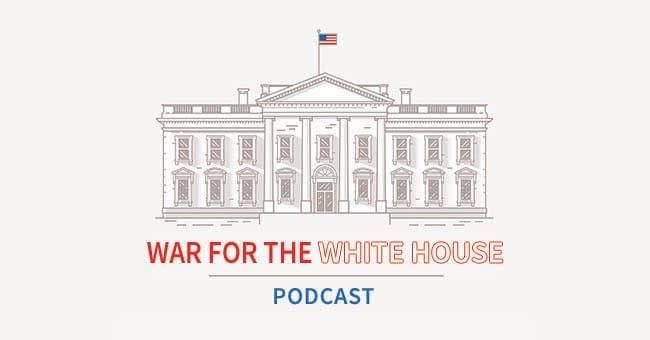 Townhall Media will be producing a twice-weekly podcast about the state of the election between now and November. It will feature a rotating cast from our deep bench at all the Mothership sites (PJ Media, Townhall, HotAir, RedState, Twitchy, and Bearing Arms). New episodes will be posted every Tuesday and Friday on our sites and I will post them every Monday and Wednesday here. I had the pleasure of hosting the most recent episode. I was joined by RedState Deputy Managing Editor Jennifer Van Laar and Townhall staff writer Ellie Bufkin. Enjoy!

VodkaPundit: Florida Man Friday: You’ll Be in Your Bun

Did China’s Consulate in Houston Use TikTok to Stir Up Antifa/BLM Riots?

Make That Two: Dr. Birx Says Voting In Person Will Be Safe

Sorry, Elon: The Pentagon Is Allowed to Price Shop

Wow, Even NPR Admits That In-Person Voting Isn’t as Risky as Alarmists Thought

He has no original thoughts. Not Again! Joe Biden Accused of Plagiarizing Canadian Politician in DNC Speech

I have to admit…it looks good. ‘The Batman’ Is Coming and Gotham’s Knights Are Coming With Him

Treacher: Julia Louis-Dreyfus, Sarah Cooper, and the Future of Comedy

The Fringe with Megan Fox, Episode 27: The Dark and Divisive Dem Convention

How Do You Catch The Bad Guys When Everyone Is Wearing A Mask?

Did Biden’s Deputy Campaign Manager Accidentally Reveal Why He’s Hiding in His Basement?

In Just 72 Hours, Joe Biden Might Have Paved the Way for the Democratic Party to be Totally Screwed in 2020

WATCH: RNC Chairwoman Explains the Real Problem the GOP Has with Mail-In Voting

Shocker: VMA Stars Coming To NYC Will Be Exempt From Pandemic Rules

He’s also probably a bot too. Rush: Biden’s Speech Was Delivered So Flawlessly, Some Think It Was Prerecorded And Stitched Together From Multiple Takes

Barack Obama Says the Quiet Part Out Loud About Joe Biden, and You Should Listen

This idiot needs to be locked up. Brennan’s Statement Sets Up What He’ll Likely Claim: That He Was Targeted Due To Political Bias

Opinion: We Don’t Need Hollywood Squares At Our Convention

‘FIGHTING FOR YOU!’: President Trump releases his 2nd term agenda

‘He has not been tested’: The rest of America is waiting to be lectured further about the coronavirus by Joe Biden

The MASTER! Trump embarrasses the media and the Left claiming Democrats did NOT remove ‘Under God’ from Pledge of Allegiance and LOL

‘Yes DEAR, whatever you say’: William Shatner continues to battle horde of SJW hyenas using ‘CIS white man’ as a slur against him

A 300-year-old fresco by Andrea Pozzo. The entire ceiling is flat. pic.twitter.com/FnXXXnwtnY

We should start fining people who say “new normal.”

PJ Media senior columnist and associate editor Stephen Kruiser is a professional stand-up comic, writer, and recovering political activist who edits and writes PJ's Morning Briefing, aka The Greatest Political Newsletter in America. His latest book, Straight Outta Feelings, is a humorous exploration of how the 2016 election made him enjoy politics more than he ever had before. When not being a reclusive writer, Kruiser has had the honor of entertaining U.S. troops all over the world. Follow on: GETTR, MeWe, Gab, Parler,
Read more by Stephen Kruiser