Richard Grenell is turning out to be the man that a lot of conservatives didn’t know we needed until he showed up.

These are heady political times, to be sure. There is a virus running amok and killing people, although — much to the chagrin of most liberals — not as many as originally predicted.

While we have been preoccupied with all things coronavirus another drama has been unfolding here in the good old U-S-of-A. It would appear that the previous president of this great land decided to try and undermine the presidential election that was supposed to cement his legacy on the off chance that it didn’t go his way.

All the while Hillary Clinton was burping up box chardonnay and warning people that the Republicans were going to dismiss the results of the election the Democrats were working on a way to do just that.

Conservatives have long maintained that everything — even the most peripheral things — pertaining to the Russian collusion story and the takedown of retired Gen. Michael Flynn stinks more than a little bit. 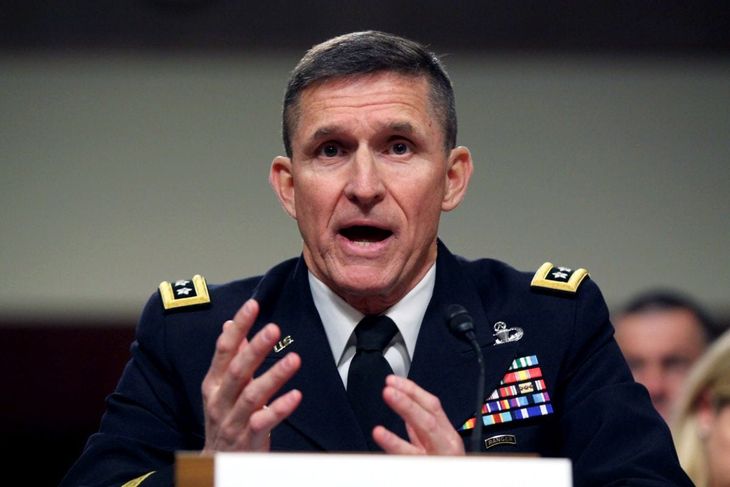 For the longest time, most of the evidence that would have clarified either situation was kept tucked away in various places by Deep State bureaucrats. I’ve hesitated to use  the phrase “Deep State” until now but the last few weeks of watching the Main Stream Media monster almost have me reconsidering Alex Jones.

We on the Right have been waiting for clarification on just what might have happened with the Obama administration as it left Hope and Change Land. The odds that the malignant narcissist would go quietly weren’t good. Much of the truth remained hidden until acting Director of National Intelligence Richard Grenell stormed in and threw sunshine on everything.

Grenell exposed everyone in the Obama administration who was involved in the “unmasking” of Flynn. It was a brilliant move, giving a boost to the president while the mainstream media hacks continued to be disingenuous about his handling of the coronavirus crisis.

Not all heroes wear capes.

Did Anyone With Taste Buds Ever Ask for This?

Nostalgic for airline food? Now you can get it delivered to your door https://t.co/GPEWH4Pk1K pic.twitter.com/mrDBPm73BX

Did China Stop the WHO From Declaring a Health Emergency Just So It Could Drain the World of PPE?

Is nuking off the table? Americans Want China to Pay for Lying, Destroying Evidence, and Hoarding PPE. Here’s How.

BOOM! There’s Been a Major Upset in an Important California Special Election

The Kira Davis Show Ep.3: Where In the Hell Is Your State GOP?

Schlichter: Never Trump Losers Prepare to Trade Their Dignity for Cash Yet Again

As Shutdown Order Continues, Things Are Getting Ugly In One CA City

Are Ahmaud Arbery’s Accused Murderers A Couple Of Killer “Karens”?

MI Activist Explains Why He Offered Armed Escort To Lawmaker

I’m not supposed to drop f-bombs here…New Order for the Citizens of Los Angeles: Face Coverings Are Required When Leaving the Home

Surprise: China Is Putting Pressure on the WHO to Make Another Coronavirus-Related Decision

Clown Show: Flynn Was Never Charged With Perjury, But Now Could Be Facing Charges…of Perjury

Yikes: Here’s How Biden Reacted to the Stereotypes that He’s ‘Creepy’ and ‘Lame’

Is This Why the Judge Presiding Over the Flynn Case Is Allowing Amicus Briefs from Anti-Trump Lawyers?

Not creepy at all. Seattle Cop Fired for Protesting Lock Down Just As Jay Inslee Declares He Will Confine People Without Food Who Don’t Cooperate With Contact Tracers

The MSM won’t say anything about this. GOP Sweeps Congressional Special Elections

Obama has no integrity to attack. Report: Some Trump Advisors “Anxious” About Him Attacking Obama’s Integrity

Poppin’ Fresh Makes a Friend. Brian Stelter finds a buddy who agrees that the pandemic is more interesting than #Obamagate, and that’s Obama

PJ Media senior columnist and associate editor Stephen Kruiser is a professional stand-up comic, writer, and recovering political activist who edits and writes PJ's Morning Briefing, aka The Greatest Political Newsletter in America. His latest book, Straight Outta Feelings, is a humorous exploration of how the 2016 election made him enjoy politics more than he ever had before. When not being a reclusive writer, Kruiser has had the honor of entertaining U.S. troops all over the world. Follow on: Gab, Parler, MeWe
Read more by Stephen Kruiser
Tags: RUSSIA COLLUSION RUSSIAGATE RICHARD GRENELL
SHOW COMMENTS